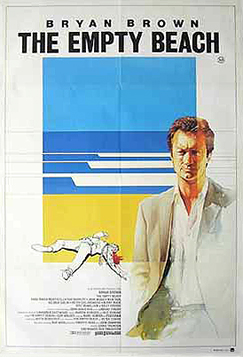 For those not familiar with the character of Cliff Hardy, private investigator, he is a creation of Peter Corris and first appeared in the novel The Dying Trade in 1980. Since then he has been releasing Cliff Hardy stories regularly – at least thirty of them – the last I am aware of, is Appeal Denied which was released in 2007. I am sure Corris has released a couple more since then. I realise I could quickly validate this with a quick Google search, but after the Christmas break I am a bit short of cash, and if I don’t know that they exist, then I won’t go hunting for them.

The story, which is set in Sydney, starts with a wealthy businessman (for that read black marketeer and poker machine king), John Singer, who is about to go for a pleasure cruise on the harbour with his mistress. But they are greeted at the docks by some shady looking characters. That is the last that is heard from Singer. It is surmised that he fell overboard that day and drowned.

Two years later…
Cliff Hardy meets Mrs. Marion Singer (Belinda Gibbon), who wishes to employ him. She has received a note from an anonymous source, claiming that her husband is still alive – but not looking too well. She realises it might be a hoax, but wishes Hardy to look into the matter.

Hardy’s investigation leads him to a newspaper reporter, Bruce Henneberry (Nick Tate), who reported on Singer’s disappearance at the time. Henneberry thinks something fishy is going on, and it is related to his latest piece of investigative journalism. He also has all the dirt on the city’s corrupt politicians, businessmen and gangsters. He keeps this dirt all on a series of tapes that he has stashed away. But things turn messy when Hardy witnesses Henneberry’s murder, in the surf, at Bondi Beach. Then it becomes a race to track down Henneberry’s tapes, with Hardy, the police, and Sydney’s underworld all set on a collision course.

The Empty Beach is an old school detective movie, but set in Sydney in the 1980s, which means some of the music, fashion and haircuts have dated. But other than that it still holds up quite well. It is played lean, hard and fast with all the requisite plot convolution that a detective story like this should have.

At the time of writing, The Empty Beach remains sadly unavailable of DVD (or Blu-Ray), which I think is criminal, because the film, for movie-watchers who love the genre, is well worth watching.