Wake In Fright: Dusty and Thirsty in the Outback 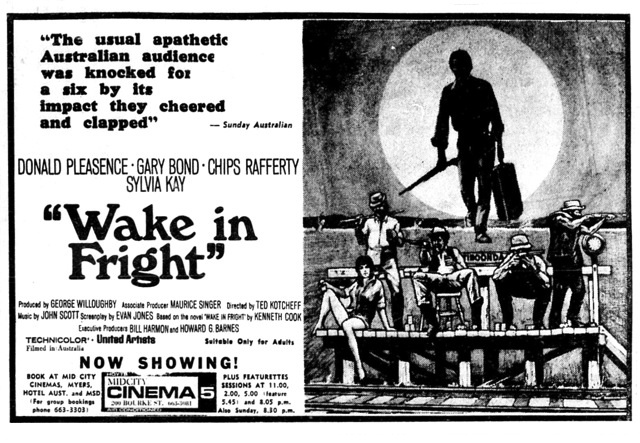 If the popularity of writers such as Donald Ray Pollock, Cormac McCarthy, Daniel Woodrell and Frank Bill is anything to go by, rural noir is a big deal in the United States.

While it may not be anywhere near as well-known, for my money, the 1961 novel Wake In Fright by Australian writer Kenneth Cook is up there with the best of them. The film adaption of Wake In Fright hit Australian cinemas in 1971. Forty-three years later and it’s hard to think of comparable piece of cinema that has come out of the country.

Wake In Fright was a blistering take on three of the central features of the 1960s white Anglo Saxon culture in Australia: mateship, the romance of the outback, and drinking. Especially drinking.

You can read the rest of this review here at the Criminal Element site.