I was familiar with the name Rosaleen Norton long before I watched Sonia Bible’s excellent documentary about her, which takes as its title Norton’s long running nickname, The Witch of Kings Cross.

In an attempt to cash in on the upsurge of public interest in the occult that occurred throughout the west in the 1960s, the long defunct Sydney pulp publisher Horwitz Publications put together a number of salacious tabloid style non-fiction books on the so-called rise of witchcraft and Satanism in Australia. My favourite of these, which I wrote about on this site some years ago, the 1965 book Kings Cross Black Magic, was a direct attempt to piggyback on Norton’s fame.

Norton was also a semi-regular presence in the bachelor and barbershop magazines that proliferated on the shelves of Australia’s newsagents in the 1960s, titles like Adam, Man, Pix and Australasian Post. These magazines, incredibly tame by today’s standards, were once seen as very risqué. The activities of Norton slotted in well with their steady diet of stories about UFO sightings, white slavery, heroic Anzacs, shark hunting and out of control teens.

So great was interest in the occult in mid-1960s Australia that the subject even featured in a 1965 episode of the high rating locally produced Crawford TV crime show, Homicide.… Read more 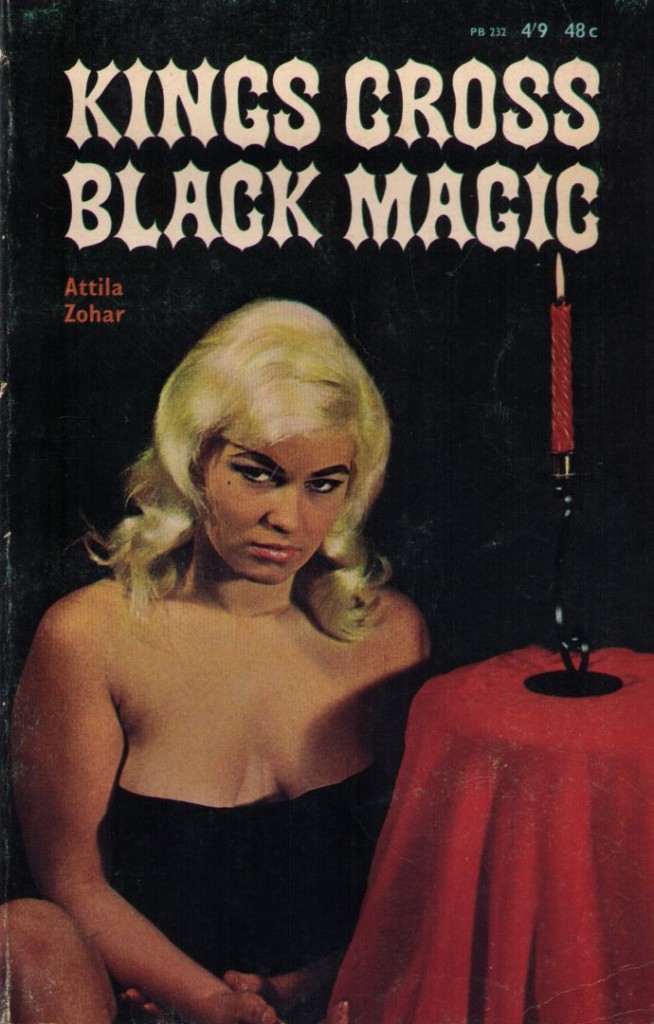