Those of you who have been following my site for a while now may have seen me post about NoirCon previously. A celebration of all things noir in film, literature, art and anything else you care to mention, NoirCon was previously held as a face-to-face gathering in Philadelphia, but has been cancelled for the last few years, due to Covid and other problems.

Well, now it is back, this year as an online gathering.

NoirCon will take place Friday-Saturday, October 21-23, EST. Virtual NoirCon 2022 will be held on the Accelevents platform. An all-access pass covering the entire conference is $36. Registration includes access to the Accelevents platform for 30 days after the event, so attendees can re-watch events or catch up on panels they missed.

NoirCon is hands down the best literary/arts festival I have attended. The exact program is not live yet but whatever the fevered mind of NoirCon organiser Lou Boxer has dreamt up in terms of a program, I have no doubt it’ll be good, including new events and events that would have been held in previous cancelled versions of the program. So if you have any interest in noir at all and are able to make the time zone work for you, you should definitely register at this link.… Read more

Posted on October 9, 2021 by Andrew Nette| Leave a comment

My latest piece for the US site CrimeReads is a look at the real-life crimes that inspired William Friedkin’s 1971 classic, The French Connection. It is a tangled tale of Corsican gangsters, international heroin smuggling, the CIA and the war in Indochina – with a dash of my own experience in Laos. You can read the piece in full here.… Read more

Back in 2016, I contributed a story to an anthology of crime fiction published by Spineless Wonders, called Crime Scenes. The story, a piece of noir writing called ‘Postcard From Cambodia’, was set in Australia and Cambodia, and I have always thought it was one of my better short fiction efforts. An abridged version of ‘Postcard From Cambodia’ was performed live a couple of years back at a bar in Sydney and was broadcast a couple of days ago on community radio 2RPH as part of ‘Little Fictions On Air’ program along with a brief commentary. For those who are interested, you can listen to the story being read by the show’s presented, Kate Liston-Mills, here.

It is certainly an experience listening to one of your stories being performed on radio, but I’ll let you be the just of whether it works or not. If you do enjoy the story I would encourage you to pick up a copy of Crimes Scenes. It is available in hardcopy from the Spineless Wonders site, and for your Kindle here. It has some terrific Australian crime stories, including work from the late Peter Corris, Tony Birch, Leigh Redhead, Angela Savage and David Whish-Wilson, among others. … Read more 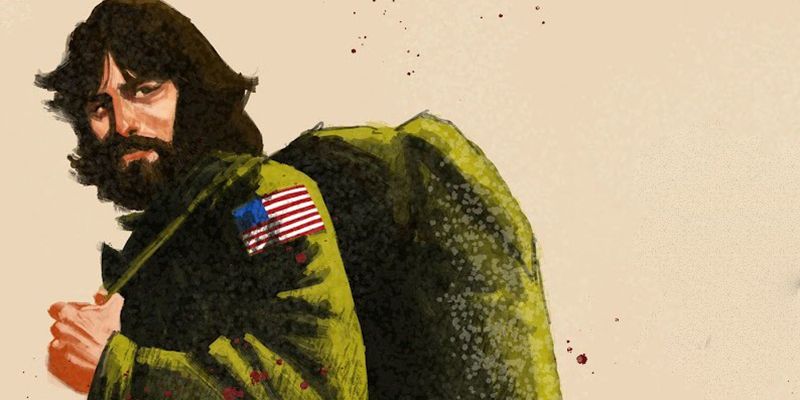