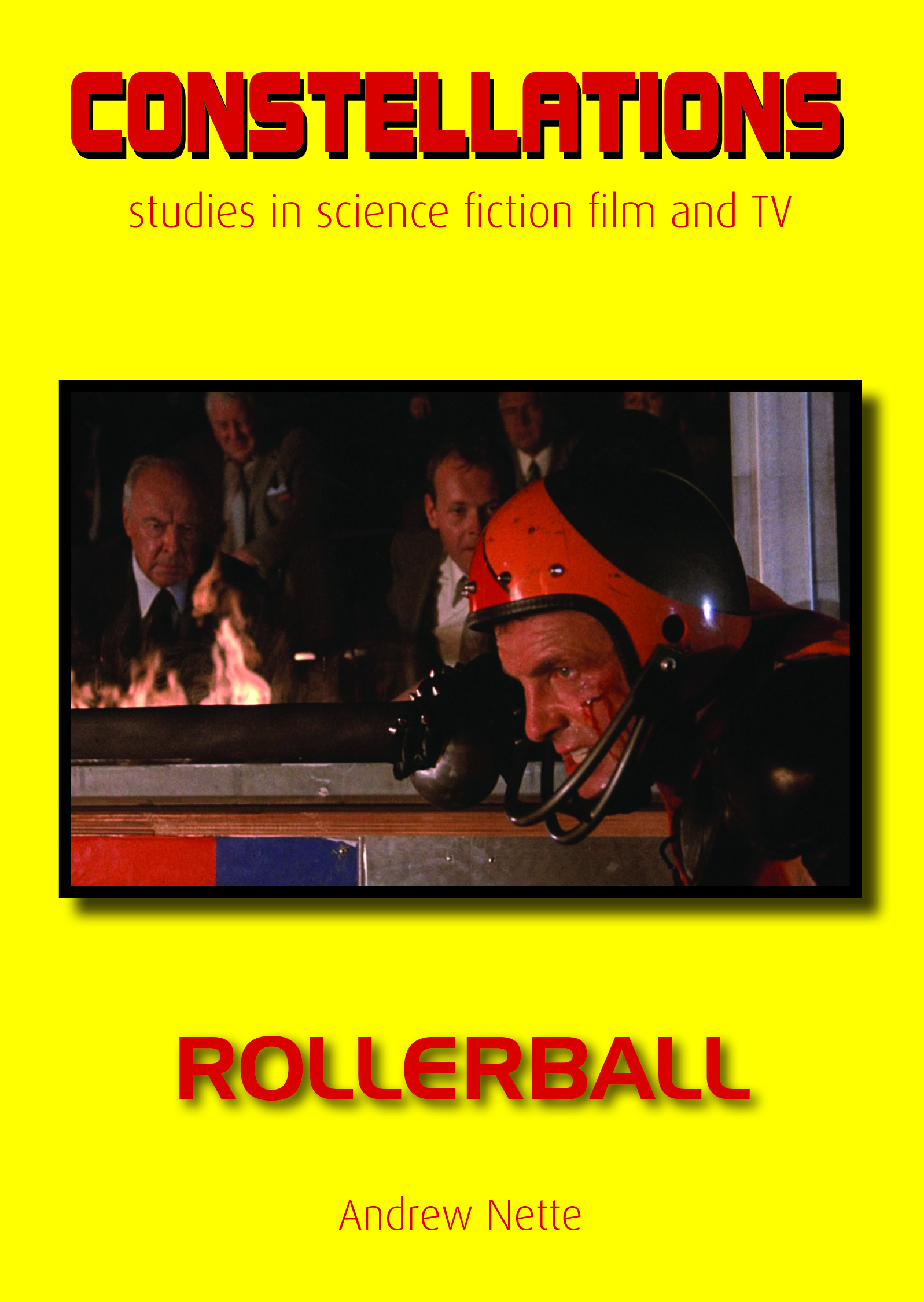 It is available at the following sites:

Drawing on numerous sources, including little examined documents in the archive of the film’s screenwriter William Harrison, Andrew Nette examines the many dimensions of Rollerball’s making and reception: the way it simultaneously exhibits the aesthetics and narrative tropes of mainstream action and art-house cinema; the elaborate and painstaking process of world creation undertaken by Jewison and Harrison; and the cultural forces and debates that influenced them, including the increasing corporate power and growing violence in Western society in late 1960s and early 1970s. Nette shows how a film derided by many critics for its violence, works as a sophisticated and disturbing portrayal of a dystopian future that anticipates numerous contemporary concerns, including “fake news” and declining literary and historical memory. The book includes an interview with Jewison on Rollerball’s influences, making, and reception.

“Nette’s scrupulous research and careful writing makes for an enjoyable, informative read. In fact, Nette’s book is so good, that you will inevitably want to revisit Jewison’s film afterwards.” Jon Towlson, Starburst

“Constellations: Rollerball is so good that I want to read it again. I also want to watch Rollerball again, which is a clear indication that Nette’s book is one of the best examples of critical writing I’ve ever had the privilege of enjoying.” Robert Fairclough, We Are Cult