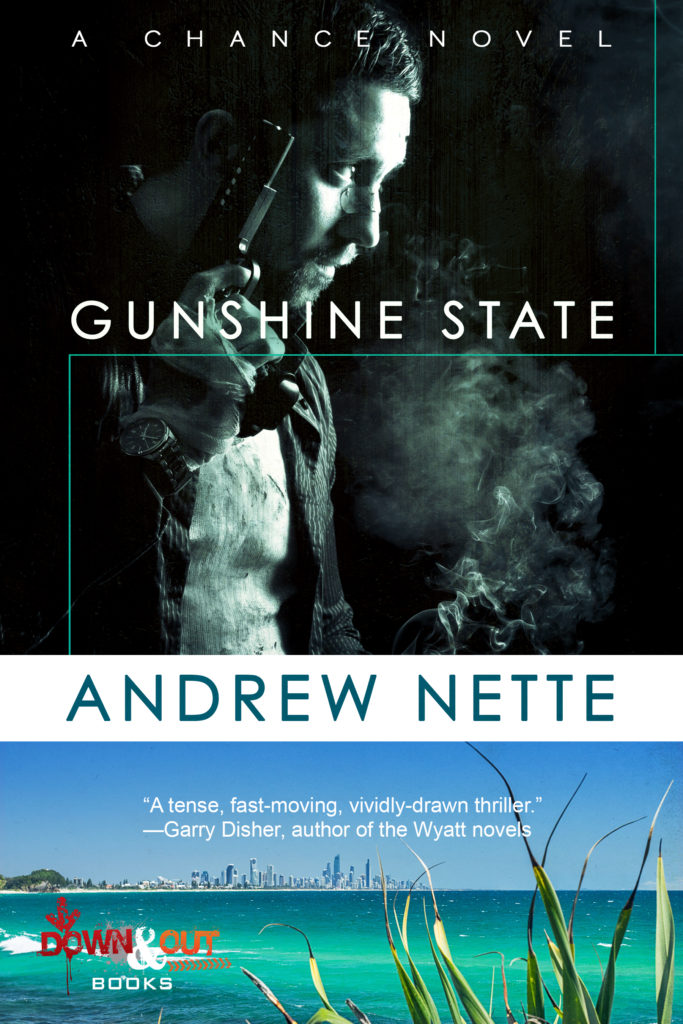 Gunshine State is out now Down and Out Books.

“A gritty slice of Down-Under noir, served lean and mean.”
Wallace Stroby, author of The Devil’s Share and Shoot the Woman First

“A phenomenal, hard-as-nails thriller with more tight corners than a maze and a double cross around every one of them. I loved it.”
Timothy Hallinan, award-winning author of the Poke Rafferty and Junior Bender mysteries

“A lean, mean, hard-boiled knockout.”
David Whish-Wilson, author of Line of Sight and Zero at the Bone

“Gunshine State moves like a bullet. The prose is taught without sacrificing atmosphere, character or psychological depth. Brimming with evocative settings, sharp dialogue and vibrant characters, this novel firmly positions Nette as one of Australia’s leading writers of hard-boiled crime.”
Alex Hammond, author of The Unbroken Line and Blood Witness

“Gunshine State is a breakneck ride from first page to last. Nette drags the reader into a sharply drawn world of dark motives and even darker morals. A must for lovers of hard-boiled crime fiction.”
Emma Viskic, author of Resurrection Bay

“This brutal, hard-boiled thriller comes at you like a furious street brawler and pins you to the wall with a white-knuckle plot and authentic characters. Like a vicious left hook to the ribs it will leave you breathless.”
Leigh Redhead, author of Peepshow, Rubdown, Cherry Pie and Thrill City