Those of you who have been following my site for a while now may have seen me post about NoirCon previously. A celebration of all things noir in film, literature, art and anything else you care to mention, NoirCon was previously held as a face-to-face gathering in Philadelphia, but has been cancelled for the last few years, due to Covid and other problems.

Well, now it is back, this year as an online gathering.

NoirCon will take place Friday-Saturday, October 21-23, EST. Virtual NoirCon 2022 will be held on the Accelevents platform. An all-access pass covering the entire conference is $36. Registration includes access to the Accelevents platform for 30 days after the event, so attendees can re-watch events or catch up on panels they missed.

NoirCon is hands down the best literary/arts festival I have attended. The exact program is not live yet but whatever the fevered mind of NoirCon organiser Lou Boxer has dreamt up in terms of a program, I have no doubt it’ll be good, including new events and events that would have been held in previous cancelled versions of the program. So if you have any interest in noir at all and are able to make the time zone work for you, you should definitely register at this link.… Read more

I’ve spent most of the year working on a non-fiction book, and my reading has been pretty much limited to municipal histories and the like. One thing I notice about this year’s favourite novels, unlike in previous years, is that 4 of the 5 are Australian, and three of the four are West Australian, which I think is terrific. One of the greatest joys this year was reading Angela Savage’s latest crime novel, The Dying Beach. From the first pages I was there with Jayne Keeney and her idiosyncratic but always fully-realised side-kick, Rajiv.… Read more

If you want more information, here is my review of Doug’s latest book, Gone Again, and Liam’s latest work, Where the Dead Men Go.… Read more 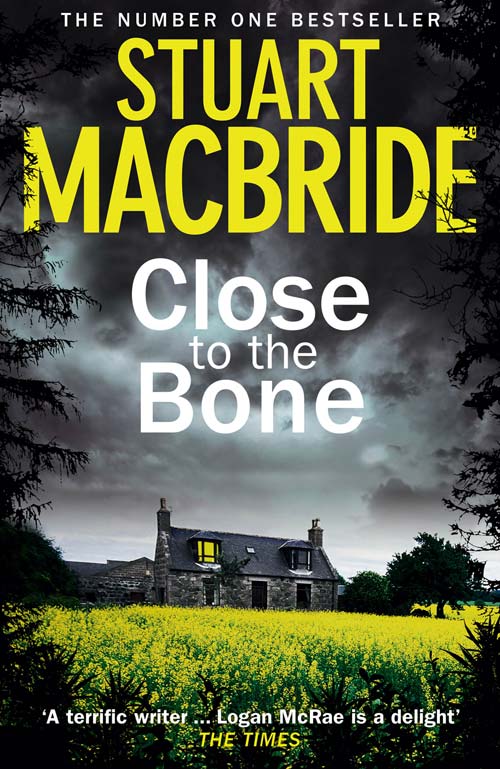 Hot on the heels of last weekend’s Tartan noir panel at the Melbourne Writers Festival, comes news another Scottish crime writer will be visiting our city.

Best selling author Stuart MacBride will be in Melbourne next week.

MacBride is the author of several books featuring DS Logan McRae, as well as a number of stand-alone novels. His latest McRae novel, Close to the Bone has been released.

I’ll be in conversation with MacBride at Reader’s Feast Bookstore next Tuesday, September 3 at 6.30pm. Readers Feast is located at 162 Collins Street, Melbourne.

It’ll be MacBride’s only Melbourne appearance. Tickets are $6 and bookings are essential. E-mail readers@readersfeast.com.au