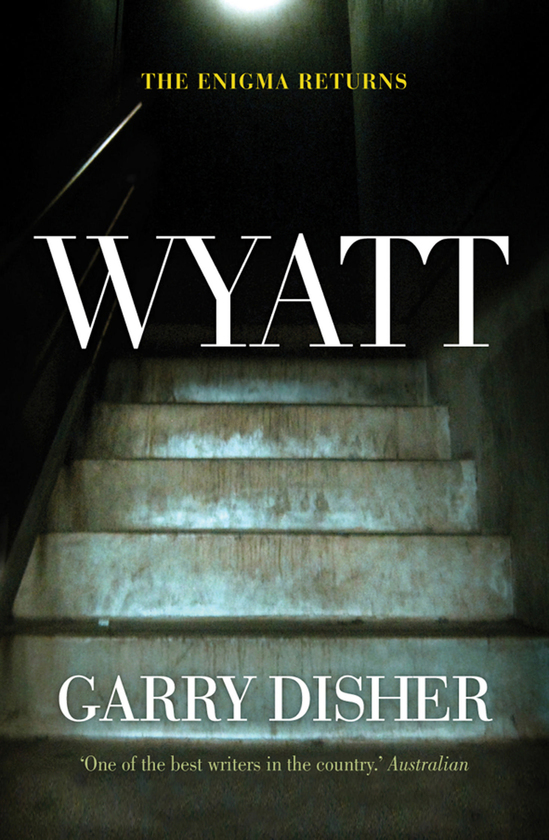 The aspect of Wyatt that pushes it beyond a simple, albeit, well told heist caper, is the depiction of an old style criminal trying to adapt to a rapidly changing world. In sparse, gritty prose, Disher brilliantly delivers insights into this side of Wyatt’s existence. ‘He was an old style hold-up man: cash, jewellery, paintings. Wyatt thought about that as he cleaned his pistol, or stood at a window and watched the twilight leak away. The trouble was, technology had outstripped him. He no longer had the skills to by-pass high-tech security systems or intercept electronic transfers and was preternaturally wary of going into partnership with anyone who did. So, here he was, obliged to carry out small-scale hold-ups and burglaries.’

Wyatt’s old associates are either dead, in jail or getting careless. His carefully planned network of stashes has been used or swallowed whole by urban redevelopment. Even public phones, Wyatt’s preferred form communication with his criminal associates because they are more secure than mobile phones, are getting scarce.

It’s not just Wyatt’s criminal milieu that’s shrinking, his space, even his ability to maintain anonymity feels like it is being eroded. While earlier Wyatt novels were set in mining camps, the countryside or the Pacific islands, this latest outing largely takes place apartments, offices and back streets in metropolitan Melbourne. This gives the book a taunt, claustrophobic feel.

The parallels between Wyatt and character of master thief Parker, created by the late Richard Stark, aka, Donald Westlake, are obvious. Both men are more or less amoral, emotionally blank career criminals who while they prefer to restrict the violence to a punch or a pistol-whipping, won’t hesitate to kill if  double crossed. While there are many examples of this kind of fiction in the US, Wyatt is a stands out on the Australian crime fiction scene.

Wyatt’s back. Hopefully he’ll stick around this time.

A version of this review first appeared in Crime Factory, May – June 2010