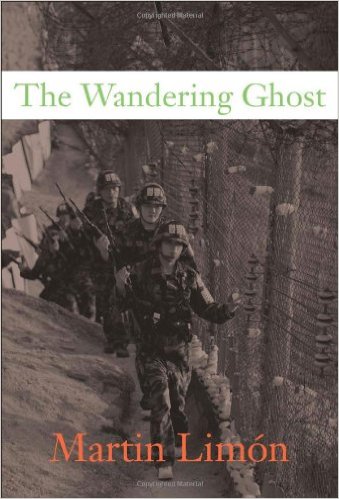 A lot of the action is set amongst the bars and brothels that have sprang up to cater to the US military presence. Limon’s not the first writer to focus on what Western men do in Asia but his handling of the subject matter is vastly superior to most of what’s out there, focusing as it does on the culture clash that occurs when so many young men with money, most of them barely educated, are thrown in the middle of an ancient and very hierarchical society.

Sueno, the narrator, is a half Mexican. He grew up poor and without parents in LA. His outsider status gives Limon a great hook to skewer both the racism of the American troops and the ethnocentrism of the Koreans.

Limon spent 20 non-continuous years in the US army, half of them in Korea, so he knows what he’s talking about. He’s not the best writer around, but his terse, straightforward style suits the subject matter. The first line from Jade Lady Burning is a case in point: “Ernie and I finished the black-market case in Pusan, did a little celebrating, and caught the Blue Line night train back to Seoul.” 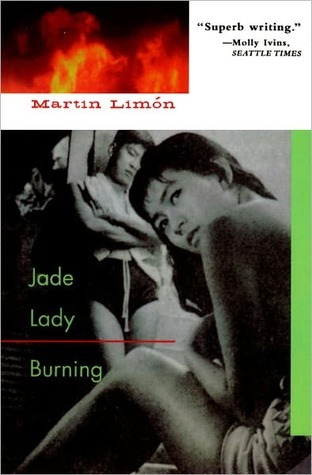 Jade Lady Burning saw Sueno and Bascom  investigating the brutal murder of a local prostitute. In The Wandering Ghost, the only female military police assigned to an American military base in the De-Militarised Zone has gone missing. What’s happened to Corporal Jill Matthewson? Sueno and Bascom have been told to find out.

It quickly becomes apparent there’s much more to her disappearance than first appears including the ‘accidental’ death of another US soldier only a few days after she was reported missing. Then people start trying to kill them. The proximity of the investigation to the DMZ, the border with the North Korea and the presence of 700,000 communist soldiers, also helps ramp up the tension.

Things get even more complicated when they discover Matthewson was an eyewitness to the death of a Korean girl by a speeding US army truck. The girl’s family believe that because she didn’t die at home her spirit will be left a wandering ghost, unless Matthewson, the last person to see her alive, helps them carry out a traditional ceremony so she can rest in peace.

Limon crams a lot into The Wandering Ghost, including the rampant sexual harassment of women in the army, black racketeering and even child prostitution.

There’s far more nuance and texture to the largely black and white country than was portrayed in Jade Lady Burning. The latter book is also much more overtly political. We get a sense of just how negatively many South Koreans view the US troop presence and the South Korean government is portrayed as being just as concerned with internal dissent as the prospect of invasion by the North.

The additional detail is for the most part interesting, but it also means there’s times the author gets bogged having to explain everything that is going on. Sueno and Bascom are obviously old hands by the time they have got The Wandering Ghost. They know South Korea, what to expect and how to react to the locals.

It’s a matter of taste, but I preferred the more stripped back, hardboiled feel of the first book.

The Wandering Ghost and Limon’s other Sueno and Bascom books are published by Soho Crime.