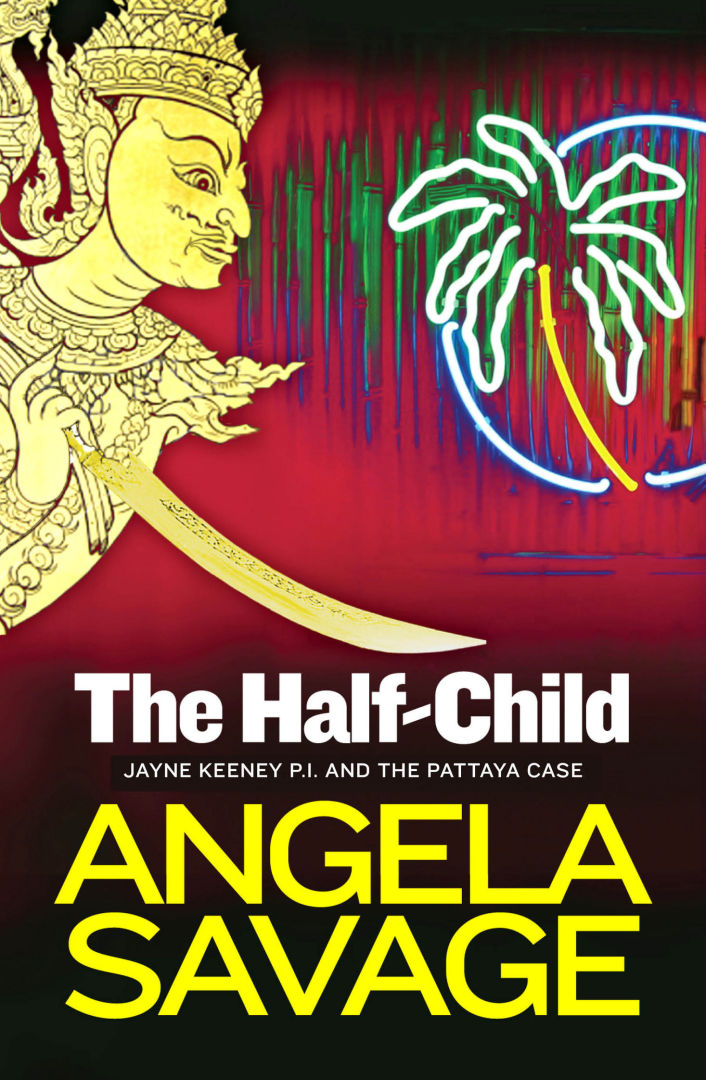 The Half-Child completely satiated my literary gluttony and then offered me dessert!

What Savage served up was a story set primarily in the resort town of Pattaya, Thailand, where Jane Keeney investigates the death of a young aid worker.  The novel, particularly for those who have had children, presents the heart-wrenching issues around overseas adoption.

Savage handles it all with non-judgmental compassion.  Rather than give the reader a trite outcome of good and bad, Savage shows us the sadness and uneasiness on both sides of the coin.  She makes us realise that we accept things from the developing world that we would not tolerate in our own country, that the term “better off” is unfairly weighted against the poor, but that sometimes Western concepts of social justice have no place in the harsh reality of the developing world.

Savage also subtly draws upon those common motivations in the hearts of mothers from both East and West.  Mayuree, the unwed mother of a half-child is determined to “…hold her head up high enough to protect [her child] with her shadow”.  I think of this line every time I leave my sons for some work commitment.  Motherhood, and perhaps life in general, is about making choices.  Savage’s book brings home how much harder those choices are for some.

Despite the tragic issue at the centre of this novel, the story is far from grim.  Jayne Keeney is comfortable and natural in this world.  Through her eyes we see it without cultural judgment and as a result we also see humour in the darkness.  Savage has a keen eye for the absurd and not only was I often giggling aloud whilst reading, I found myself thinking of scenes from The Half-Child and grinning insanely at later (often inappropriate) moments.

Jane’s penchant for slipping into the guise of religious zealot simply by responding to everything with “praise the Lord” makes me laugh every time I think of it.  I liked Jayne Keeney in Behind the Night Bazaar (Savage’s first novel), I felt really connected with her in The Half-Child.

This latest novel also introduces us to Rajiv Patel, who becomes a “Watson” to Jayne’s “Holmes”.  He is to say the least, endearing.  He softens, challenges and supports Jayne.  The dynamic between them is beautifully written…a friendship, a partnership and something more.  Again Savage flouts gender conventions without it being a simple and self-conscious reversal of social roles.

In the end, as I closed The Half-Child, I felt well nourished.  I am already hungry for another taste of Jayne’s world and am heartened to hear that Angela Savage is hard at work on the third Jayne Keeney novel.

The Half-Child and its predecessor Behind the Night Bazaar are both so much more than detective stories.  My philosophy on books is admittedly simple.  Make me think and you’ll have my respect, make me laugh and I’ll be you’ll have my friendship.

The Half-Child has both.