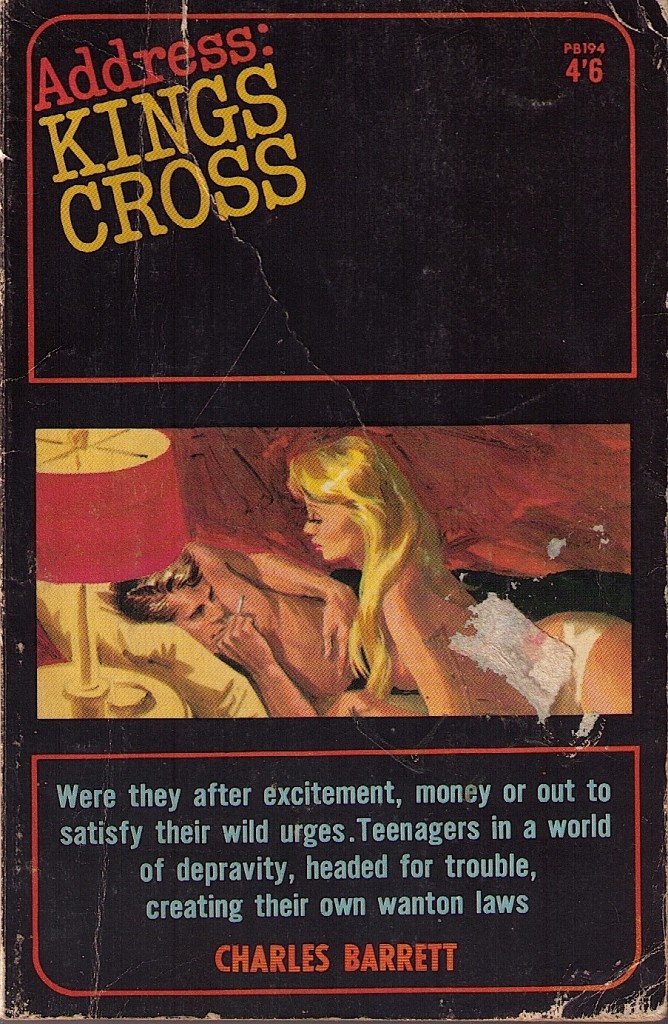 Exhibit A is the following selection of locally produced pulps that expose the sleazy underbelly, real and imagined, of Sydney’s Kings Cross. And what a pit of crime and iniquity it must have been too, if these books are to be believed.

Not that the authors didn’t have a plentiful supply of real life material to play with. The notoriously crooked NSW state government of the late Sir Robert Askin had taken power in 1965, police corruption was rampant, and the Vietnam War was gathering pace and would soon flood Kings Cross with GIs on R&R. Prostitution, sly grog and drugs all expanded to meet increased demand.

Address: Kings Cross, by Charles Barrett is the story of Claudine with her “breathtaking beauty”, drawn to King’s Cross and its “lurid night life, it’s neon, it’s strip joints, it’s offbeat characters, its dope peddlers, and its call girls…” Alas she soon finds herself trapped in the “peril in the sex jungle”.

It’s a similar story for Sarah Apsley in Marsha Wayne’s King’s Cross Love Affair.  Visiting from the UK, Sarah is looking for a “relaxed new life in the South Pacific”, only to find “mystery and terror in the violent jungle of drugs and vice”.

But the prize for the most over the top take on the perils of Kings Cross must go to Stephen D’Alton’s The Affair of the Dragon. It features a fearsome Chinese underworld organisation, torture, S&M, slavery and gratuitous nudity.

The back cover of The Affair of the Dragon bills it as a “novel of crime, mystery and raw sex that introduces the reader to the ugly reality of Sydney’s Kings Cross and Dixon Street areas, and to the people whose lives are submerged in the violence and illicit sex as they are caught in the city’s whirlpool of vice.”

Crime author David Whish-Wilson tells me he’s got a copy of a book by an author called Julian Spencer called The Spungers (love the title) which deals with what happens when “conflict explodes between a beatnik con-man and a young rebel at Kings Cross”.

No doubt there were many more titles.

But wherever there’s crime and corruption brave individuals exist to combat it.

Drug Scene Kings Cross by Robert Connell promises to unveil the real drug scene, including the aphrodisiac powers of marijuana or “‘pot’ as it is termed by its devotees”.

A well-known Sydney journalist in the sixties, Kelly wrote a number of true crime and books, including one on the infamous Shark Arm case and another titled Rugged Angel, about the first woman to serve as a police detective in Sydney.

I’d like to do more posts delving into the unknown history of Australia’s pulp fiction industry. So, if you’ve got a lead on an interesting story, or have a book or series of books you would like to review for the site, drop me a line. 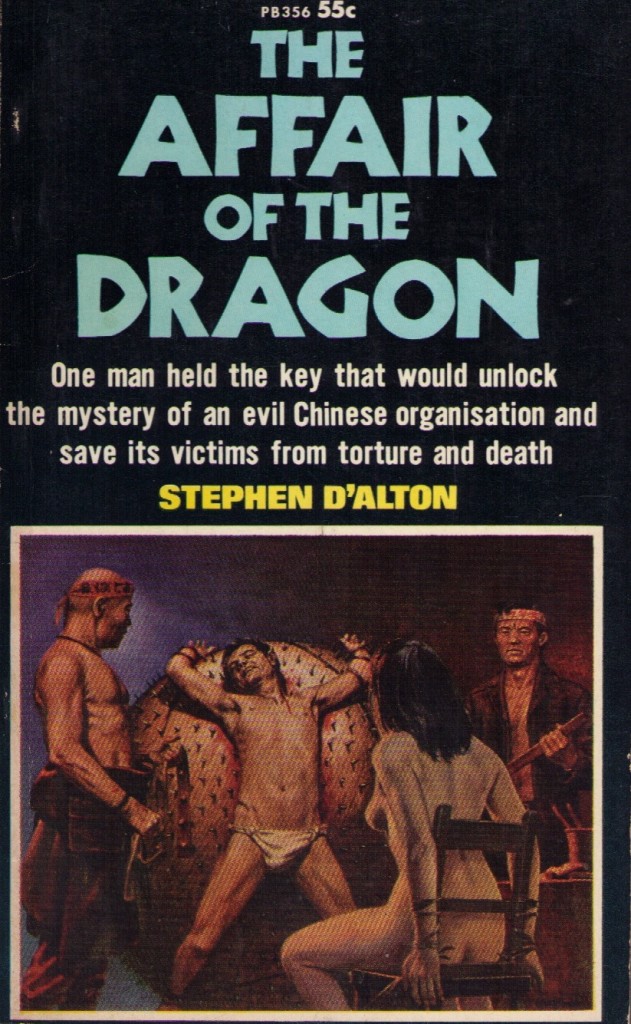 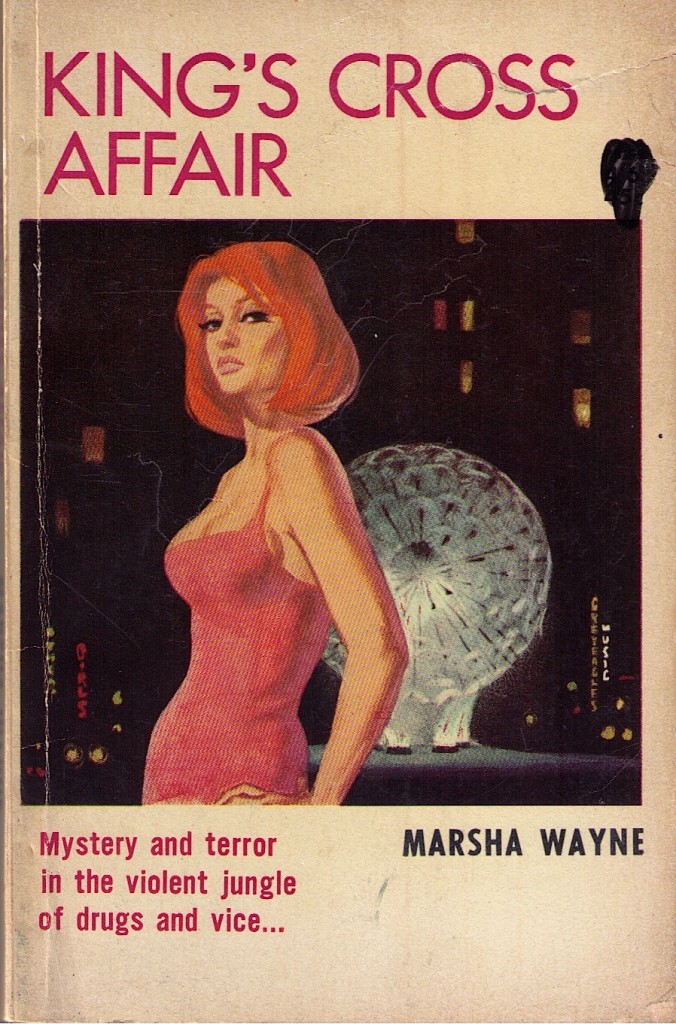 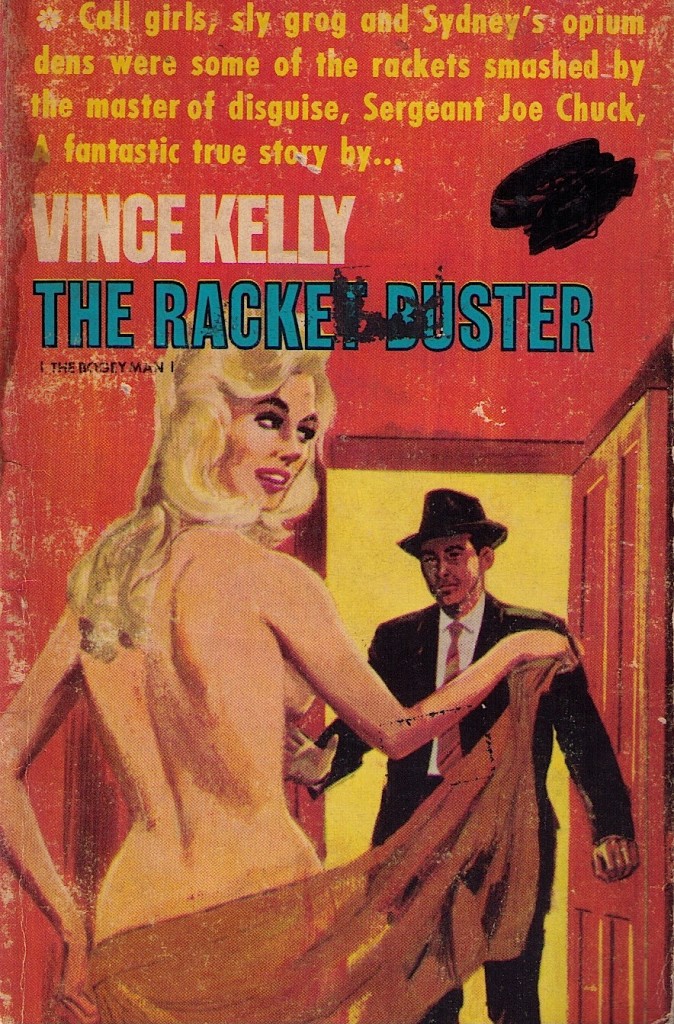 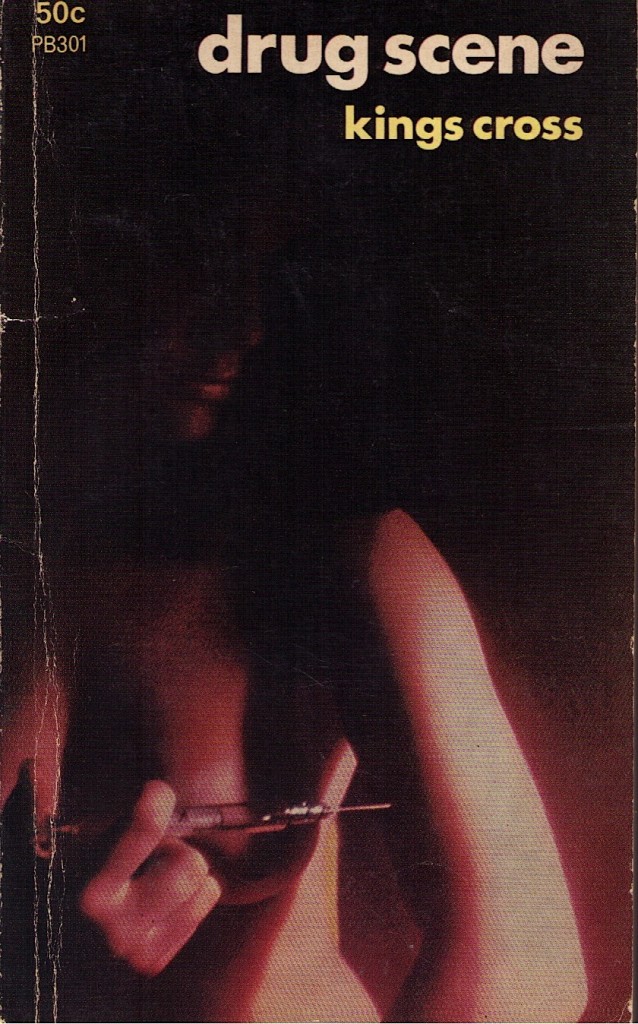