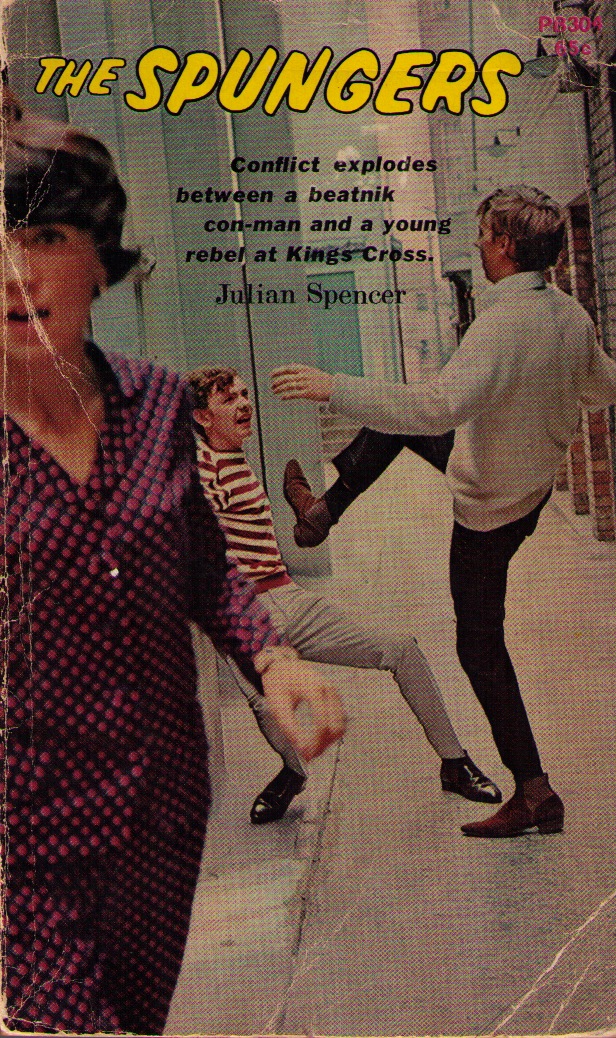 “The Vicious, sordid activities of a scruffy Kings Cross beatnik clash with those of a young surfie who decides to spend a misspent holiday rorting up the Cross.

Spotty Williamson was a bludger who would do anything… except a day’s work. Drifting, spunging, bumming, conning money and sex off anyone he could charm.

The encounter with Phil the surfie reveals two types of teenager today. Together they squander through a series of boozey parties and wild incidents, until they meet Victoria. Then the differences begin to tell.”

Love the shoes, too.