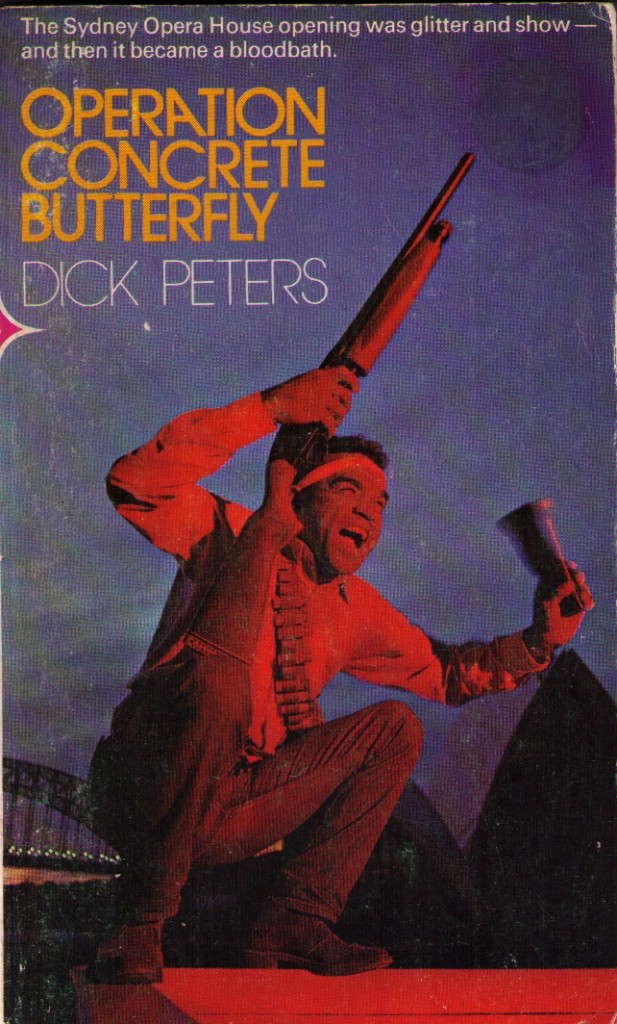 As for the plot, the back cover blurb gives a pretty good indication of what the prospective reader is in for.

“Beside Elmore stand the sugar bags full of jewels, which rest on piles of furs. The floyer is littered with Dior gowns and hand-made dinner suits, there is broken glass everywhere and congealed blood, bloody footprints left by the naked hostages’ track on the first night right the way down the wide front stairs, black-brown stains on the white in the strengthening morning sun. And then getting stronger, the sound Elmore’s always dreading, waiting for, the ratchetting drone of the helicopters.

Diamonds and decorations, tiaras and furs and white, white smiles; the rich, the powerful, the royal, the noble, the great – the opening of the Sydney Opera House was to be their personal celebration. Only the Black October movement had other ideas…”