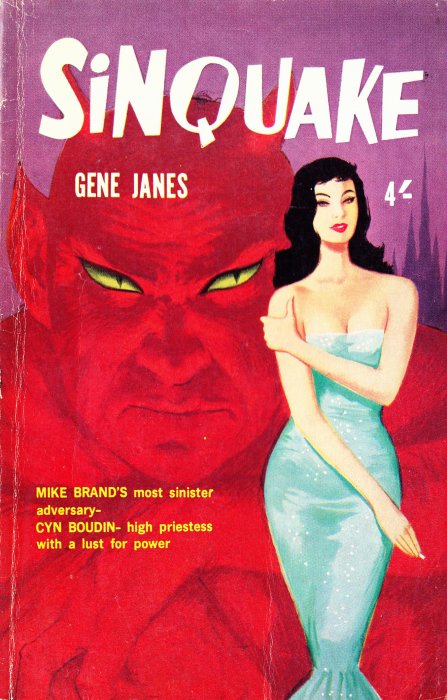 With recent scandals as a blue-print, the political stability of the Free World is threatened by moral chaos.

The entire force of both the British and Commonwealth Secret Service is thrown into battle in a desperate attempt to thwart Russian plans for destruction.

“SINQUAKE” is something new in suspense.”