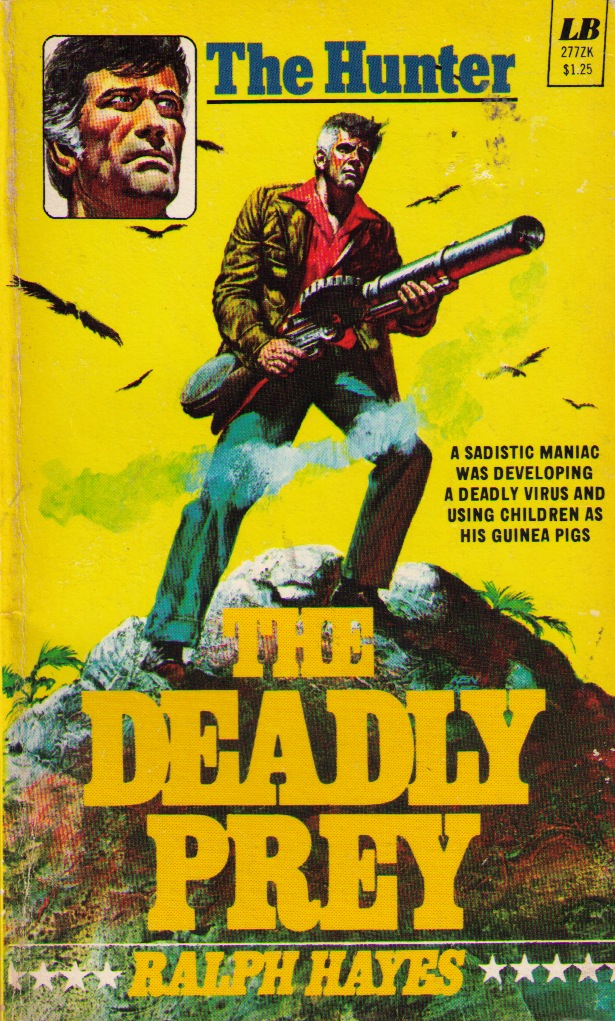 Whatever, the back cover blurb does much more justice to the story than I ever could.

In Appalachia, a twisted scientist was developing a super deadly virus that could be used for bacteriological warfare. Before long, he began using human beings as guinea pigs – and one them, a young man from a nearby commune, died a hideously painful death as a result.

His death would have gone unnoticed if his father had not asked Moses Ngala to find out what became of his son. Moses found the boy in a shallow grave, and also found that there was no legal recourse against the scientist. That was when he called in John Yard – The Hunter – and together they set out to claim a bloodcurdling vengeance against a sadistic maniac.”