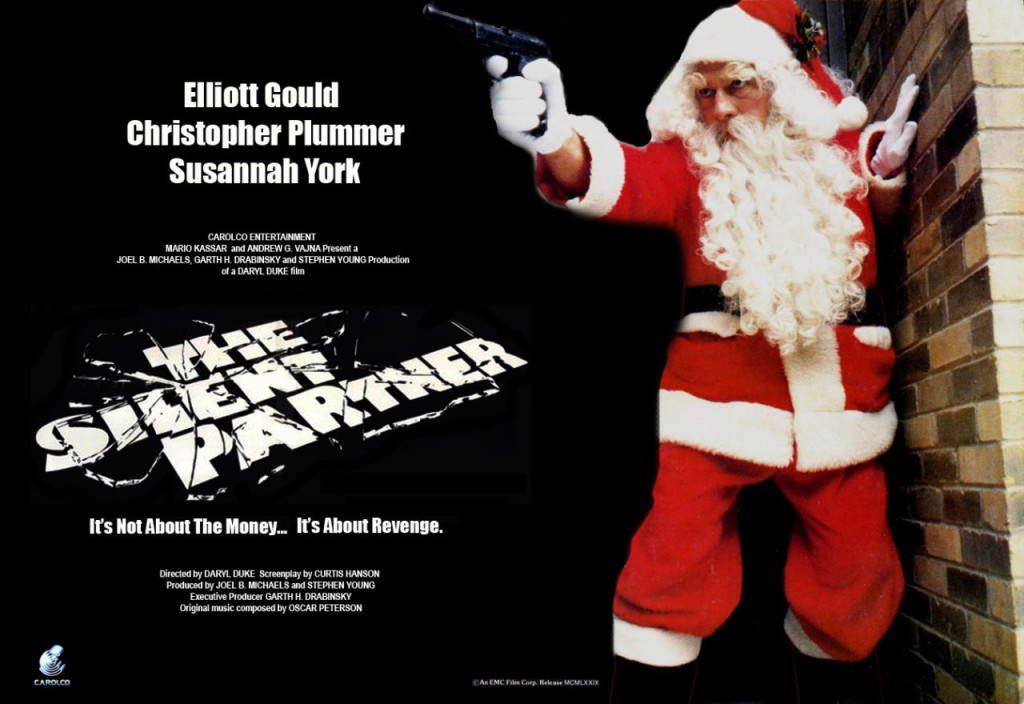 But instead of telling his boss or going to the cops Miles devises a plan to keep most of the cash from his transactions, thus ensuring that when Santa robs the bank he’ll get far less money.

It’s a bad move. Santa is a career criminal called Harry Reikle (a brilliant and very different performance by Christopher Plummer). Reilke likes to wear mascara and dress in drag. He got a thing for beating up and raping unsuspecting women who attend the local sauna he hangs out at. And it doesn’t take him long to figure out that he take from the robbery is far less than it should be and there’s only person who could have the money.

Reikle embarks on a campaign to intimidate Miles to give him the additional money, a campaign that quickly escalates from threatening calls in the middle of the night too much more serious methods of persuasion. Miles resists, in the process throwing aside his inhibitions and engineering a series of devious counter moves.

It’s virtually impossible to go further without engaging in some major plot spoilers.h. Just go and see it. Seriously, it’s a terrific film that defies being easily categorised into either a heist or caper film. The Silent Partner also has a great seventies period feel, John Candy plays one of Mile’s co-workers, and features the only murder I can remember seeing being committed on screen using a fish tank.