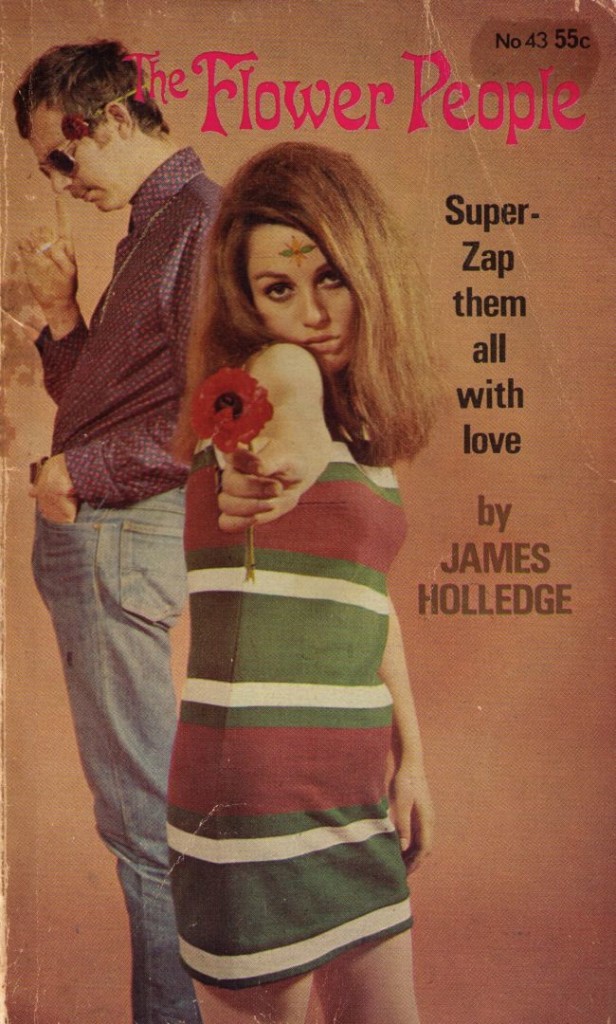 “Super-zap them all with love. That’s the Hippie slogan. And they mean you.” Readers must no doubt have found the idea hippies coming to get them, in their suburban homes, to turn them on, alarming and alluring, especially if the hippy concerned looked the one on the cover of this tome.

Honestly, Holledge was born several decades too early. Had he been alive and at the peak of his creative powers today, there is no doubt he would have been a gun reporter for The Herald Sun or A Current Affair.

The back cover text of The Flower People is reproduced below in all its counter cultural glory. 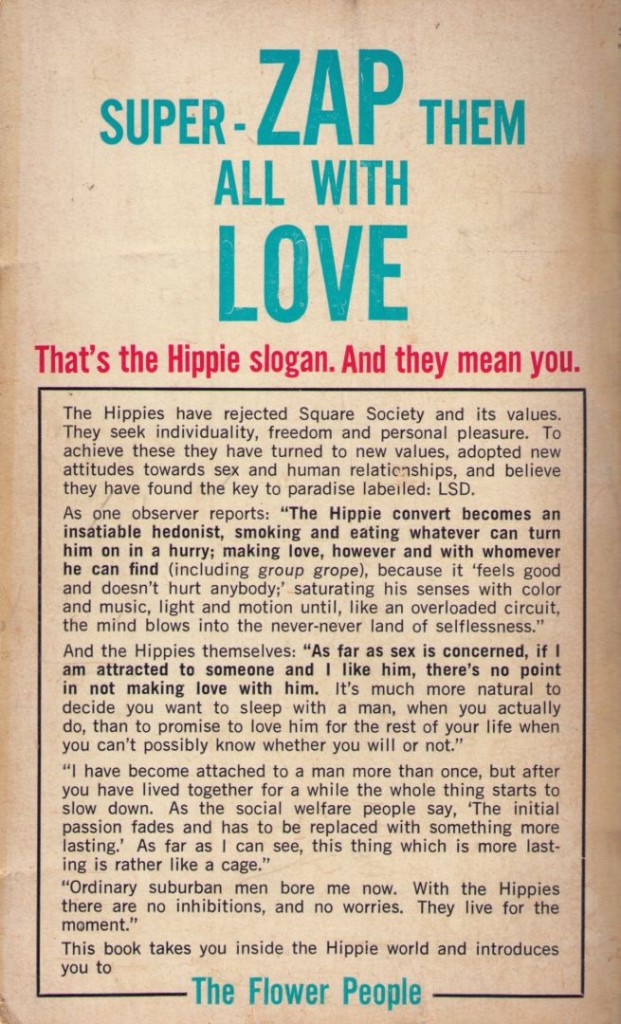