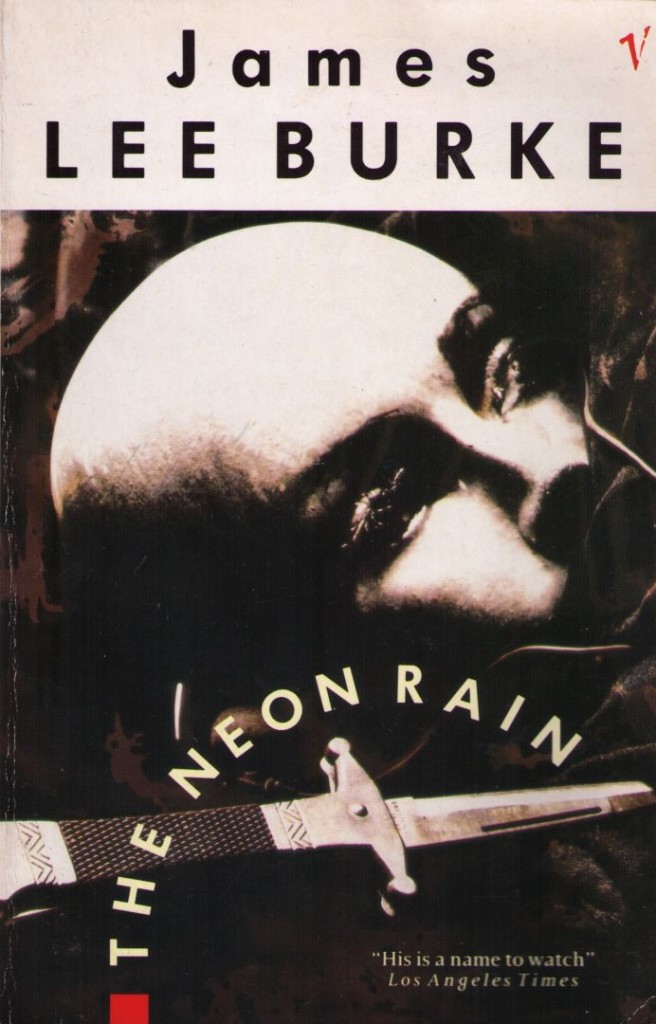 The Neon Rain was another of my father’s books. After nineteen novels, I’m a bit over the character of Dave Robichaux. But that won’t stop me from recognizing how incredibly influential the books were for me and countless other crime writers and readers.

The Neon Rain was the book that kicked off the series. Robichaux, an ex-alcoholic, ex-Vietnam vet New Orleans cop tangles with an impressive list of psychopathic heavies in his battle to track down a young prostitute’s killers. It’s a terrific tale from a master of crime fiction narrative and place.

This was one of the first Australian crime novels I can remember reading. Hardy is hired by a shifty property developer to discover who’s behind harassing phone calls to the man’s sister.

It’s a violent, hard-boiled mystery, the apparent simplicity of the case inverse to the reality of what’s really occurring. Corris also infuses the text with a wonderful sense of class and geography in eighties Sydney.

“When I finally caught up with Abraham Trahearne, he was drinking beer with an alcoholic bulldog named Fireball Roberts in a ramshackle joint just outside Sonoma California, drinking the heart out of a fine spring afternoon.” I was hooked from the opening line of James Crumely’s The Last Good Kiss.

C. W. Sughrue is a Montana investigator and part time barman in a topless joint. He’s hired to track down a missing girl, a search that takes him deep into the heart of America’s post Vietnam nightmare. This book blew me away when I first read it, the complexity of the story, the flawed and damaged nature of the characters, the way it wove counter cultural themes and crime fiction together. It felt real and urgent.

This is an author I wish had written a lot more.

I’d never even heard of James Ellroy when I picked up a second hand copy of The Big Nowhere while back packing in Guatemala in the mid-nineties.

I loved the dense, intersecting plot lines revolving around a series of gruesome murders and three desperate, ambitious men recruited to investigate Communist influence in early fifties Hollywood. This book blew a giant hole in what I thought crime fiction could be.

It also introduced me to what remains one of the most terrifying and corrupt bad cop fictional characters I’ve read, Lieutenant Dudley Smith of the LAPD. “Knock knock, whose there? Dudley Smith so Reds beware.”