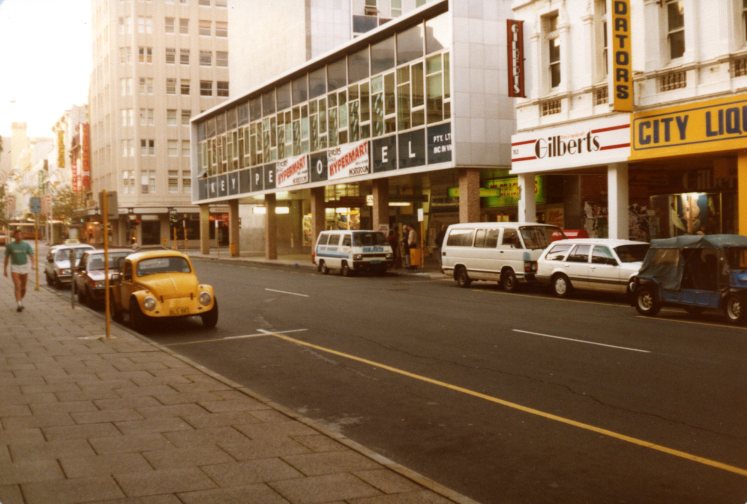 This is a pretty honest assessment of the motivations behind Cortes’ journey to the New World, but the story of this maddening desire for gold, and the story of the city of Perth, where Zero at the Bone is set, are also closely linked.

In 1892, Perth was a small and pretty impoverished Australian city of 48,000 people when gold was discovered out in the desert near Coolgardie and Kalgoorlie. There was a depression on in the Eastern States, and over the next few years some 750,000 men and women, mostly Victorians, arrived in the hope that they’d strike it lucky, or at least make some money in the service industries of drinking, prostitution and gaming that sprang up wherever gold was found. It’s a story common to the western world and one explored in the HBO series Deadwood (which to my mind can be read as a kind of parable of the birth of frontier capitalism and a tentative democracy, albeit one dominated by strong controlling interests).

21st Century Perth is still a mining town, and while it’s a bit less rough around the edges, I was recently reminded of a story I came across a few years ago written by an American writer of 19th Century pulp Westerns, who travelled over to Western Australia later in the century.

Like many pulp writers of the period, he had written his stories set in the American West from the comfort of an Eastern seaboard city, Boston I think it was. There was a fair bit of myth making involved in his Western narratives, as a result, but when he travelled later to Western Australia he said that he’d discovered the truth of what he’d fictionalised back in his native country – women carrying shotguns in their washing baskets when they went to hang clothes on the line, heavily armed men checking in their numerous firearms at the pub door, a pretty violent and lawless place in other words.

I’m interested in this man’s story because unlike in the US, almost none of what this man saw in Western Australia was ever documented by local writers or photographers. This had a lot to do with the deceptive nature of the story of the colonisation of the Australian West, and other places in Australia like it – the ‘dispersal’ of the state’s Aborigines and the unwelcome attention brought to bear by the odd churchman or do-gooder who were always quickly marginalised and driven out.

Unlike in the longer settled parts of Australia, this frontier mentality and antipathy towards do-gooders and Aborigines has never really gone away, and to me it explains something of Perth’s sometimes schizophrenic nature. it’s preference for picture-postcard images of a city of ease and leisure and contentment, even its self-image as a somewhat quiet city where nothing bad can ever happen.

But the statistics too are contradictory. Perth is the Australian city with the highest number of boat owners and backyard swimming pools, the highest price for a square metre of dirt, the most days of sunshine in a year, but it also has the highest rates of incarceration, and homelessness, and a traditionally strong drug economy and outlaw community.

The convenience of the projected self-image of Perth that usually focusses on the lifestyle associated with the former set of statistics is something that I’ve been thinking a lot about lately, as it relates to another book I’ve been working on, Perth, part of the New South Books city series (forthcoming in December), which is something of a meditation upon, a love-letter to and a biography of the city that I call home.

Because Perth isn’t a city with a long tradition of crime-writing, one of the aims of the book is that it works to extend the kind of sense of place and focus upon setting that I hope comes through in my crime novels. Part of this focus means emphasising what is distinctive about the Perth landscape, it’s bright light, fierce heat and broad skies, it’s beautiful river and beaches, but also its distinctive social landscape, born of its being the world’s most isolated capital city (with a population over one million). I’m also interested in how the symptoms of this social isolation are played out in the state’s politics (railing against the perceived disinterest of Britain in the 19th Century and the ‘Hume Highway Hegemony’ since Federation), the sense that in big-business, but also matters to do with crime, and law and order, that because nobody cares and nobody’s really looking, there’s the feeling that the powerful might make up their own rules, and look to their own interests.

And yet the truth is that Perth has always taken a very pragmatic, even tolerant line towards most kinds of vice and organised crime, unusual perhaps in a state with a long tradition of electing socially conservative governments. For example, when a Perth brothel madam in the 1930’s took a poulterer who’d set up shop next door to her brothel, to court for disturbing her custom (apparently the sound of chickens being beheaded tended to ‘cool the ardour’ of her clients) the judge fined the poulterer a significant sum and ordered him to move.

It’s just one example, but it reflects the belief that in an isolated city, and for most of the city’s history, policing and government policy seems to have always worked on the assumption that it’s better to have organised crime than disorganised crime, although things took a darker turn in the 1970s with the advent of the more lucrative drug economy. 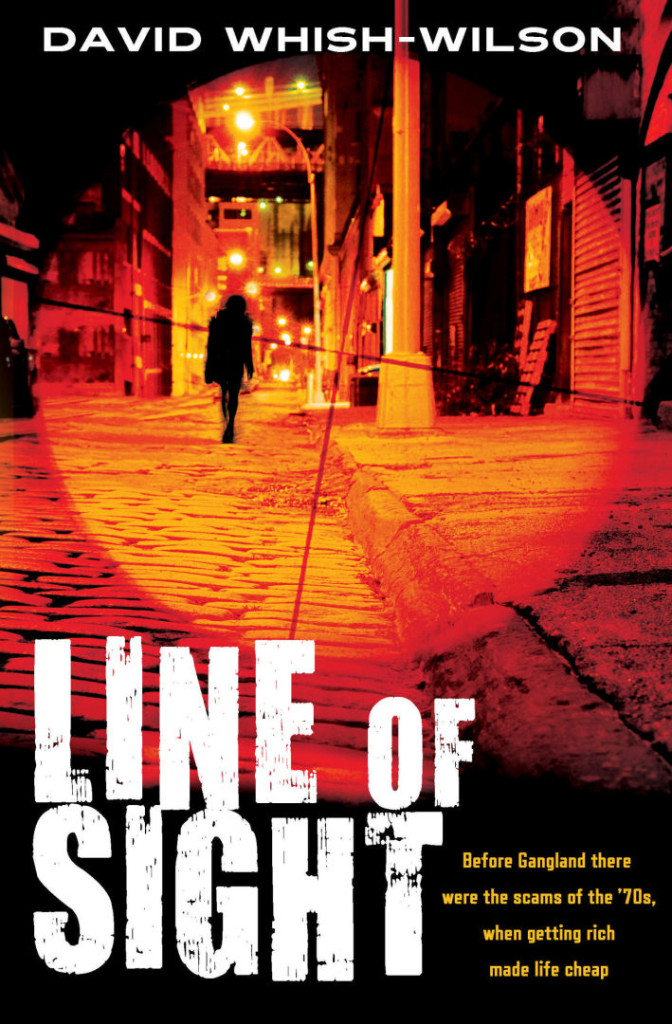 For the first time, there were now bodies in the streets and corrupt detectives were implicated in at least one of the murders (this murder was the subject of my 2010 crime novel Line of Sight.) This was a time of great change in the criminal make-up of the city, and as a child I remember that it seemed like there was a bank robbery every second day. Importing of heroin was a big business, something that later came out in the book This Little Piggy Stayed Home: Barlow, Chambers & The Mafia by David Williams, that detailed the events leading up to the Barlow and Chambers execution in Malaysia, for drug-smuggling, in the eighties.

This was also a time when some organised crime figures were getting into legitimate business, where there was even more money to be made because at the time as the share-market and mining industries were still pretty unregulated, something that I also explore in Zero at the Bone. Criminal enterprise circa 1979 was changing, and in particular the ‘old arrangements’ between organised crime figures, dodgy businessmen and bent cops were coming under stress, although Perth writer Elizabeth Jolley could still write of the view of Perth at the time that “[a]cross the wide saucer of water the city lies in repose as if painted on a pale curtain … it has a quality of unreality as if no life with all the ensuing problems could unfold there”, and her contemporary and fellow writer Dorothy Hewett was also still able to write in 1982 that in the case of Perth, ‘the corruption is partly hidden, the worm in the bud is secretive, and mainly bears only a silent witness’.

Perth’s aura of manufactured innocence, she meant, one that presents itself as ‘naive, self-congratulatory and deeply conservative’, was in fact the ‘perfect field for corruption’. It was only in the late 1980s, with the revelation of the dodgy dealings that came out of the WA Inc Royal commission, that the cronyism that characterised the period came out into the open, leading to the eventual imprisonment of two local tycoons, Alan Bond and Laurie Connell and two consecutively serving premiers from both major parties, Ray O’Connor and Brian Burke, for corruption (the background for the next crime novel that I’m writing, Old Scores).

In the Perth book I’ve suggested as much, when I refer to the fact that: “In any discussion of the policing, business and political culture of the 1970s and 1980s, there’s a sense that it’s precisely the city’s noirish contrast between light and dark, plain sight and shadow, that reflects the way shady business was done and power exercised – or to use an old crime fiction cliché, the brighter the light, the deeper the shadow.”

It’s a staple of crime fiction, but it’s also probably because of this disjunct between projected self-image, or surface reality and many of the things that actually happen in my city (what Robert Dessaix calls the failure to break the covenant between lived life and the stories told about it), that means that most Perth crime writers I’m aware of have either focussed upon thinly disguised examples of real events, as I’ve done on occasions myself, or hint at these events in passing.

On one level, I guess, this incorporating of local history aims to add authenticity to a crime novel by linking it to reality, or seeks to put something on the record that can’t otherwise be described in non-fiction. But I’d guess that it mostly has its genesis in the old crime tradition of pointing out glitches in the broader and socially constructed narrative, particularly in a city that sometimes, to quote Elizabeth Jolley again, often “has a quality of unreality as if no life with all the ensuing problems could unfold there”. I’d link this anti-mythologising approach of most Perth crime writers to the fact that Perth is also a boom-time city, with all the themes of a grand ‘crime opera’, and a suite of grotesque and larger than life characters, where all the human traits of greed, disloyalty and bastardry are amplified.

Zero At the Bone is available from Penguin Books.