My year in books: Jake Hinkson 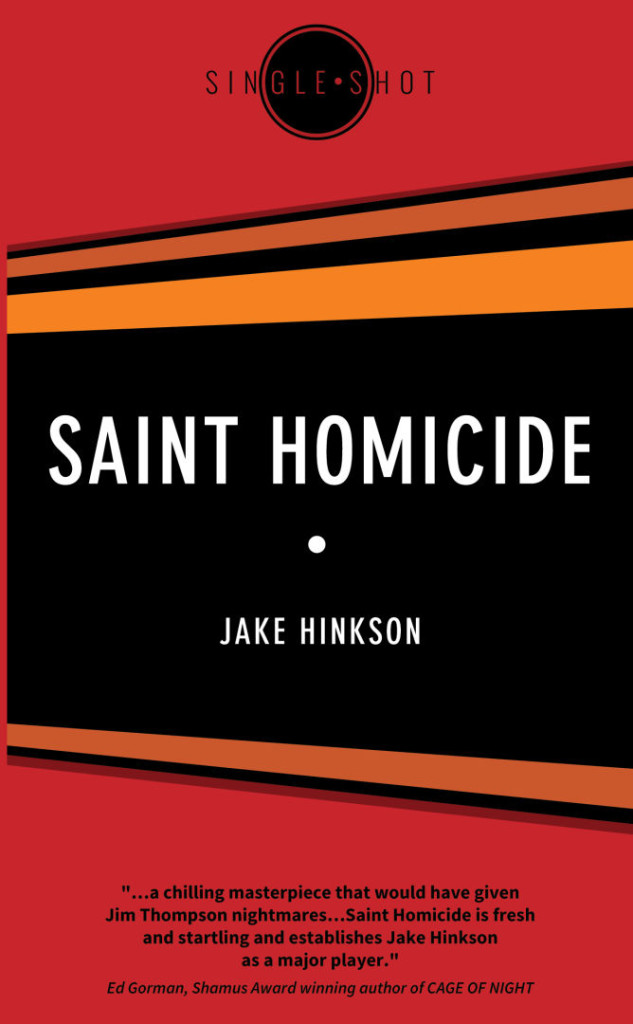 Welcome to the first of a series of posts I’m going to be running on my site over December, along the theme of my year in books.

I thought it would be great to ask a dozen or so writers and bloggers whose work I dig to do me a short overview of their five favourite reads in 2013.

While, all the people I’ve asked are crime writers, I  specified their top five didn’t have to be crime. Neither did they have to be published in 2013. The individual concerned just had to have read them this year.

First cab off the rank is Jake Hinkson. A lot of you will know his work and, if you don’t you might want to check it out, because the guy knows his noir fiction. He is the author of Hell On Church Street, The Posthumous Man, and an upcoming novella with Crime Factory Publications, Saint Homicide.

He blogs on all things noir at his site, The Night Editor. Take it away, Jake.

I’ve long been a fan of Sam Raimi’s excellent 1999 adaptation of Smith’s novel about three men who discover a crashed plane full of stolen money, but this year was the first time I read Smith original novel. It’s excellent, but what is surprising is how different it is from the film (which Smith also wrote). Fascinating to see a writer telling the same story in different mediums.

The juiciest piece of movie lore I read this year. The founder and president of Columbia Pictures, Harry Cohn, was as feared and loathed as any man in the history of Hollywood, but he was also a master of the game. By the end of the book, you kind of have to love the grumpy son of a bitch.

I’ve read a lot about the mutiny on the HMS Bounty. I’m not sure why, but the story has always intrigued me. This comprehensive history of the ship, its crew, and their fateful voyage is by far the best thing I’ve come across. It’s a nicely evenhanded look at the conflict between Lt. William Bligh and his first mate Fletcher Christian.

Do Evil In Return, Margaret Millar

I’ve been on a pretty serious Margaret Millar kick this year. Of the five novels by her that I tore through ( the others: A Stranger In My Grave, Beast In View, Fire Will Freeze, The Iron Gates) this was my favorite. It’s the story of a doctor who refuses to perform an illegal abortion for a distraught young woman. When the young woman turns up dead, the doctor takes it upon herself to find out what happened. An underrated noir classic.

This is a white-knuckler from one of the biggest talents around right now. Scary and smart, it’s the kind of freak show that only Jon Bassoff can write. As much as I adored his Nate Flexer novel The Disassembled Man, this one is even better.

It should come as a surprise to absolutely no one that I’m fascinated by all forms of religious kookery, and I was riveted by this look at the history and inner workings of the 20th century’s goofiest religion. I mean just look at the basic story: a hack science fiction pulp writer convinces movie stars that they need to wage a spirit war against evil aliens who take the form of psychiatrists and IRS agents. What’s not to love?

This entry was posted in Crime fiction, Noir fiction and tagged A Simple Plan, A Stranger In My Grave, and the Prison of Belief, Beast In View, Caroline Alexander, Corrosion, Do Evil In Return, Fire Will Freeze, Going Clear: Scientology, Hollywood, Jon Bassoff, King Cohn: The Life and Times of Harry Cohn, Lawrence Wright, Margaret Millar, Peter Bart, Scott Smith, The Bounty, The Iron Gates. Bookmark the permalink.