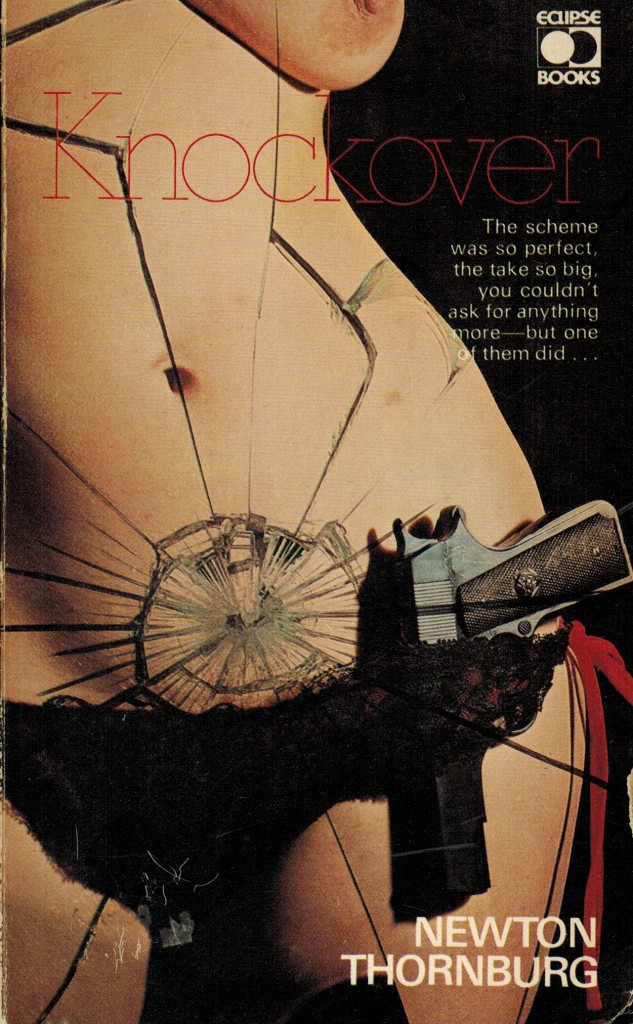 Knockover, Thornburg’s second book was originally published by Fawcett Gold Medal in 1968. Thornburg said he wrote Knockover explicitly with the hope of a movie sale in mind. Apparently the rights were optioned but nothing ever came of it. The story revolves around a former advertising executive, Cross, who puts together a team of criminals to pull off an armoured car robbery.

Interestingly, in terms of the heist genre, the story focuses on the events leading up to the heist, rather than the inevitable consequences when the job goes wrong (although that is dealt with, too). It’s a solid, entertaining book, rather than a brilliant one. The writing is good with definite flashes of Thornburg’s later greatness in it.

Eclipse Books was a Sydney based publisher. From what I can tell, it was only around for a short time and its catalogue consisted entirely of reprints of books by famous crime writers, which it packaged as pulp for the Australian market. Gil Brewer is another author whose work I have seen given the Eclipse treatment.

Despite obviously being a pretty cheap and dirty little operation, their covers, like this one, have a definite lurid flair. There’s no publication date on this version of Knockover (or in any of the Eclipse books I have found), but you can tell by the gratuitous inclusion of the breast and the gun in the knickers, it was obviously some time in the early seventies.