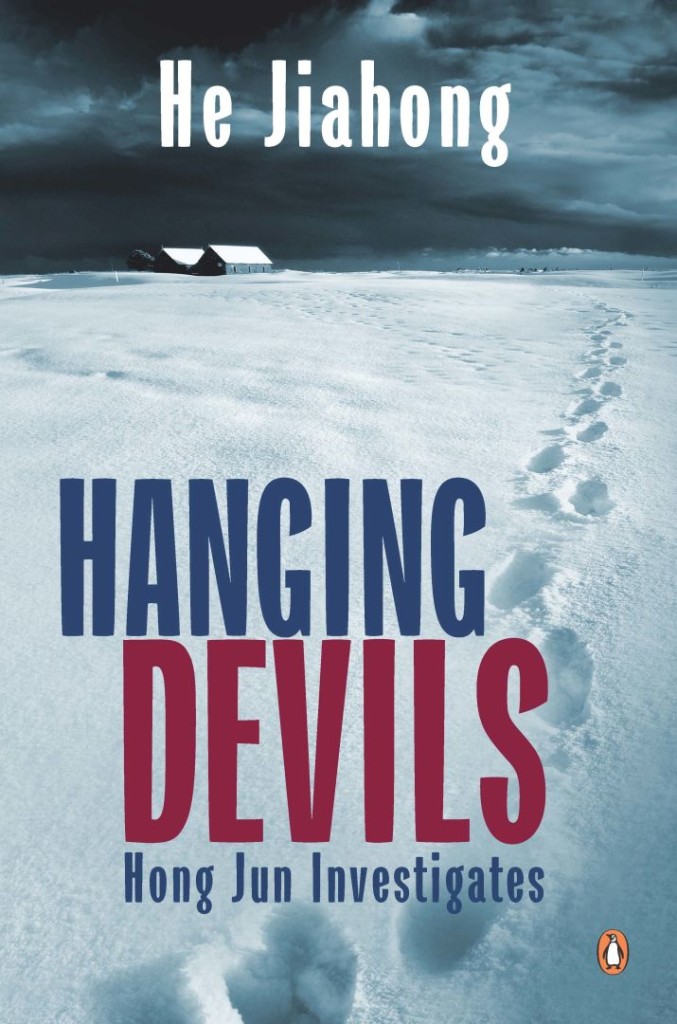 Hanging Devils (also the slang term given to overhanging tree branches that can fall without warning, potential killing anyone unfortunate to be underneath them) is set in the mid-nineties. China is in the throws of liberalisation, but the gap between what was and what will be is still huge. Hong Ju is a US trained Chinese lawyer, recently returned from Chicago where he practiced law. He now works as an investigating lawyer for hire. His client is a shady property developer, one of China’s emerging class of local entrepreneurs. He wants Hong Ju to look into the case of his brother, currently doing hard time for the rape and murder of a woman on a collective farm in China’s frozen northwest province of Harbin.

It seems like a relatively straightforward case. Hong Ju travels to Harbin and almost immediately unearths inconsistences and problems with the police investigation into the woman’s murder and subsequent trial of the accused. He tracks down the murdered woman’s father, who he believes has information that will help exonerate his client. But before Hong Ju can interview him in detail, the father kills himself. Meanwhile, Hong Ju’s activities are rubbing up the local Harbin police and political authorities the wrong way. Hong Ju may be a “big shot Beijing lawyer”, but this is not Chicao and things are not as they seem.

The overall plot of Hanging Devils is good and there is some fascinating period detail of China in the nineties. But the book does drag a little, particularly the copious explanations of China’s legal system and the procedures involved in police investigation. Nonetheless, kudos to Penguin for being brave enough to release this book for an English language market. 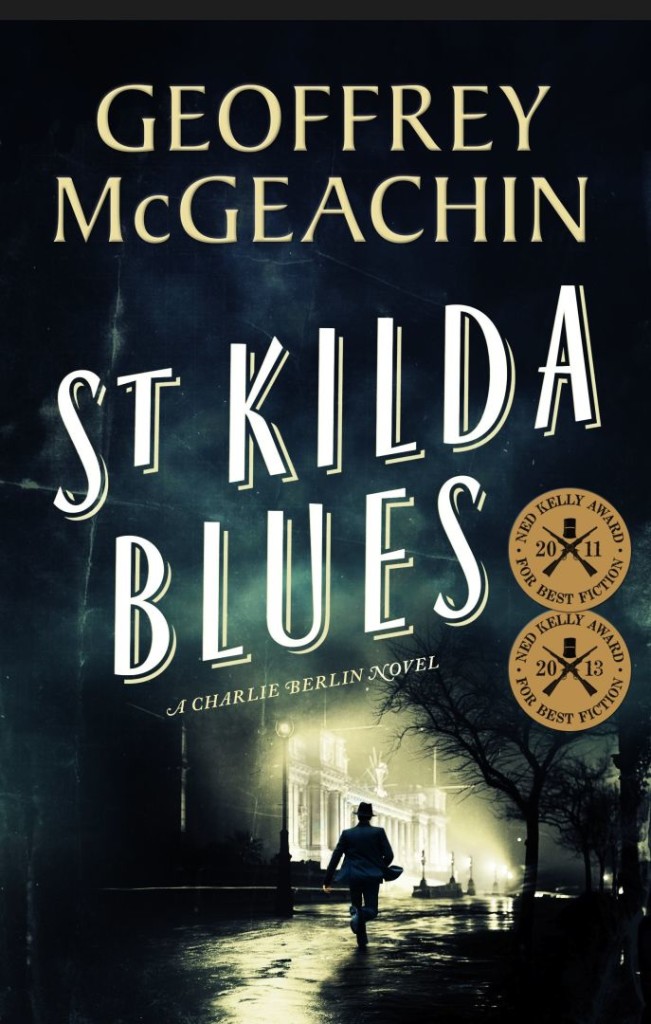 St Kida Blues is two-time Ned Kelly award winner Geoffrey McGeavchin’s third book to feature the character of Charlie Berlin, former allied bomber pilot and Melbourne policeman. It is 1967, roughly a decade since the events of the last book, Blackwattle Creek (which I reviewed here). Melbourne is changing, the swinging sixties are here and the city is full of sex, drugs and rock and roll. Berlin on the other hand, has not changed in the slightest. Now in his forties, he’s working for the fraud squad. His kids have grown up and left home (the son is in the army in Vietnam, his daughter is living on kibbutz in Israel).

Enter Mike Roberts, nearly beaten to death by criminals in Berlin’s last book, now a flash cop with a barely legal girlfriend and a sports car that is far too expensive for his police salary. Roberts comes as an emissary from the powers that be, who want Berlin to look into the disappearance of the daughter of one of the state’s prominent businessmen, a horribly scarred migrant German called Gerhardt Schiener. The daughter is just one of many young girls who were last seen at nightclubs in the CBD,one of whom has just turned up naked and dead. It’s obviously the work of a serial killer, whose early life is told in series of very well written flash backs interspersed through the first half of the book.

I am never quite sure what to think about McGeachin’s books. Like Blackwattle Creek, I enjoyed this book. The man can write and he handles the period detail of late sixties Melbourne superbly. I particularly enjoyed his descriptions of the sleazy male denizens of the city’s club culture and the photographers who make a living by taking picture for local rock and roll mags. The exception is his attempt to depict St Kilda as a sort of Antipodean version of Polanski’s Chinatown, which doesn’t quite come off:

Roberts shook his head. “You know how it is, Charlie, it’s St Kilda. A naked fifteen-year-old-girl isn’ going to attract too much attention at three or four in the morning, not around this area.”

I think what I don’t like about these books is the character of Berlin. He’s always been a rather dour, conservative individual. But amid Melbourne’s Summer of Love, he comes across as particularly moralistic and preachy, forever tut tutting about drug use and the fact that skirts are getting shorter. It may work for others but it turned me off. 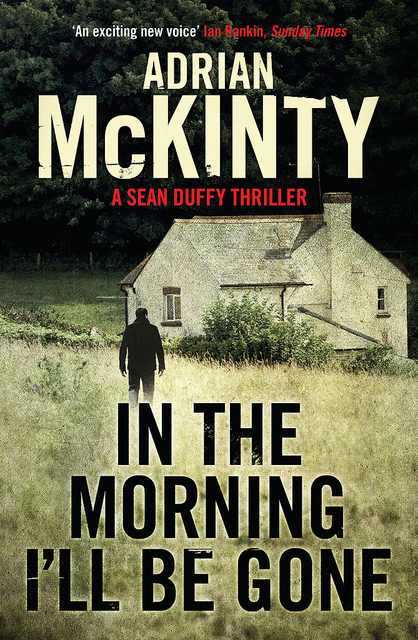 It is a generally reliable rule of thumb that book series get worse as they go on. Not so in the case of In the Morning I’ll Be Gone, the third book by Adrian McKinty to feature Sean Duffy, a Catholic cop in a Protestant dominated force,

Belfast, September 1983. Duffy has been demoted as a result of getting on the wrong side of the FBI in book two of the series, and now spends most of his time drunk and listening to his extensive record collection. That changes when 38 prisoners escape from Maze prison, including Dermott McCain, one of Duffy’s old school mates, now a major IRA operative. MI5 approach Duffy with a proposal that he will be reinstated if he agrees to help them track down McCann. The case is treacherous and the key to getting the information  involves Duffy having to solve a locked room mystery.

This is another masterful effort from McKinty. His grasp of period detail, his smooth assured prose, his ability to impart the social reality and politics of the time, are second to none. It’s even got a cliff hanger of an ending. In the Morning I’ll be Gone is a first class effort. 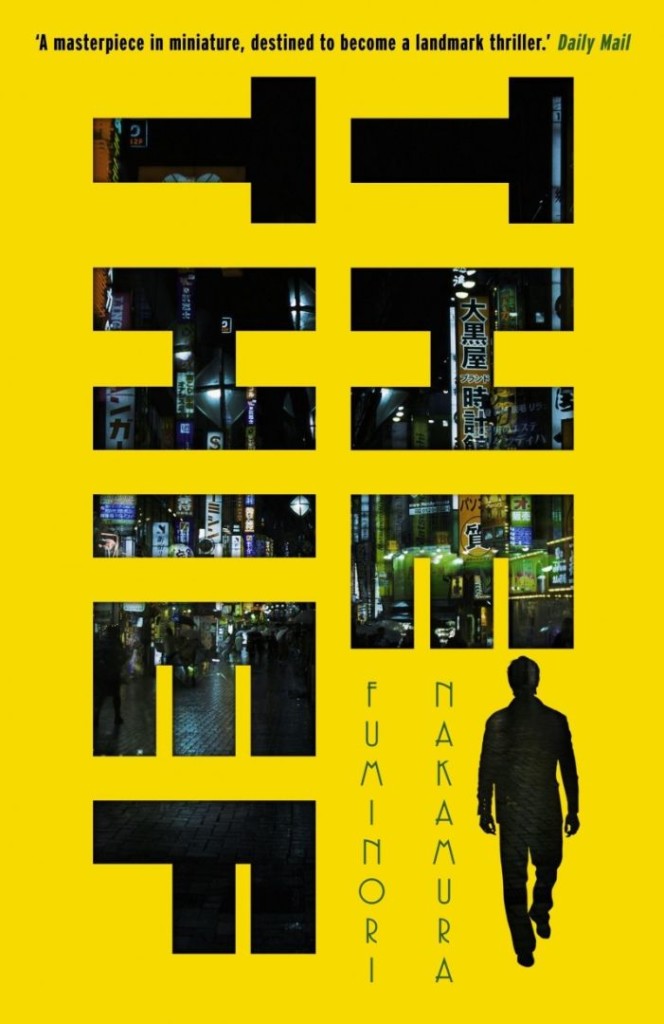 Japanese writer Fuminori Nakamura’s The Thief was recommended by of a friend. I also wanted to read Nakamura as he is one of the guests attending Noir Con in Philadelphia this coming October, which I hope to attend, and I wanted to check out his form.

This is a tiny slip of a book, more a large novella than a novel, but it packs a hell of a punch. It is the story of a cynical, seasoned pickpocket. Starting off with a crash course in the how and why he robs whom he does, it moves onto the meat of the story. The pickpocket was once part of a gang of three who worked as a team until a series of events led to the gang splintering. He becomes involved with a young shoplifter and his prostitute mother. Cross cutting with that is the story of a rich powerful man and his ability to manipulate one of his servants.

It is hard to describe the story in further detail without giving too much away. This is really a book you need to read for yourself. It’s one of the most stripped back pieces of noir writing I have read for a while. I loved it.