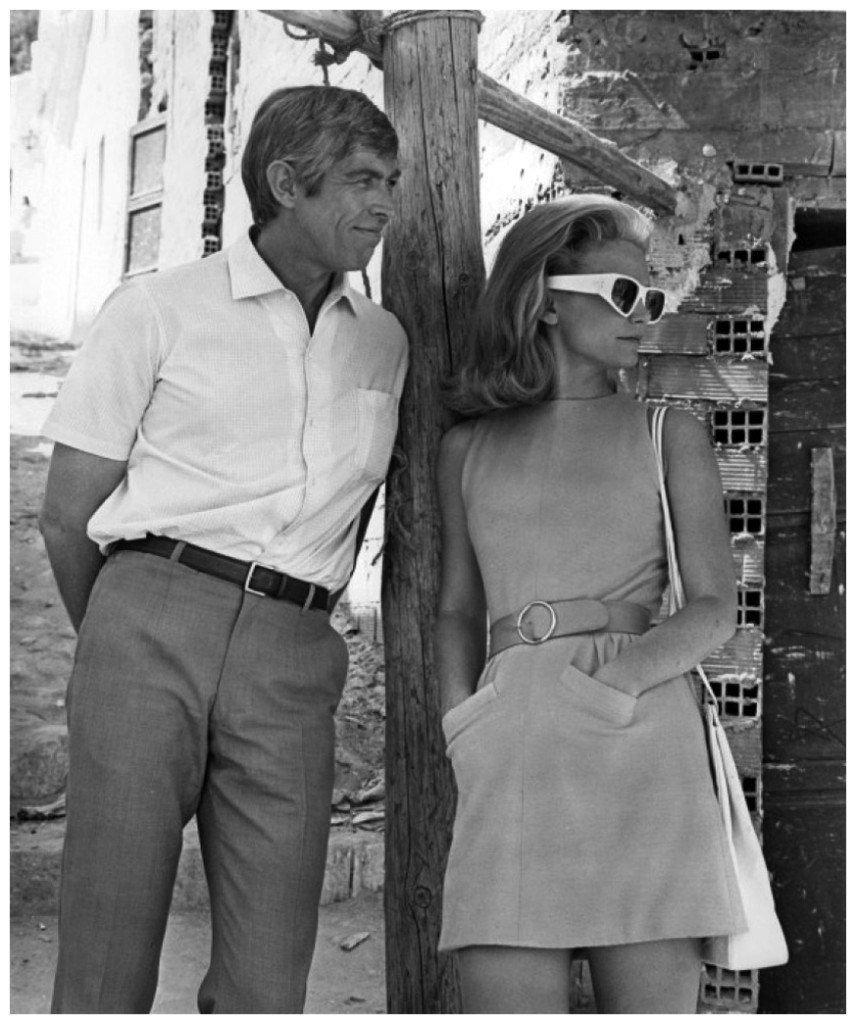 I have always liked Coburn for reasons I’ve found it hard to identify. I wouldn’t say he was a great actor. In nearly all the films I’ve seen him in the word that comes to mind to describe his performances is solid. He did have charisma of sorts and was good looking in an unconventional way, especially when he flashed that giant grin of his. I think I probably like him because of his work in the sixties and seventies, one of my favourite periods of US film making.

Like a lot of well-known American actors, Coburn’s film output got a little weird in the late sixties, as changing movie tastes and the increasing influence of the counter culture threw the Hollywood studio system into a brief crisis and all sorts of strange and wonderful films, that would normally never have had a chance of funding, were made. He starred in The President’s Analyst, a bizarre and trippy 1967 film about a man who becomes the psychoanalyst to the President of the United States. What he learns traumatises him and puts his life in danger, as elements of the American intelligence establishment believe he knows too much to be allowed to live. He followed this up with the strange, discursive, Duffy (1968). He stars opposite Susannah York, as a cunning master criminal who is hired by the son of a rich man to hijack a boat carrying a large chunk of his father’s fortune.

There is one particularly rare late sixties Coburn film I’ve always wanted to see, the 1969 film, Hard Contract. It is not available on DVD and I’ve had trouble tracking it down, until a copy surfaced on what is rapidly becoming my retro film channel of choice, YouTube.

In Hard Contract, Coburn plays John Cunningham, a cold, clinical CIA hit man. The film opens with him dispatching his latest target in a New York cinema (we have no idea who the victim is), then going to vote in city elections. He’s a Republican, much to the chagrin of the liberal minded call girl he spends the rest of the afternoon with (played by Karen Black). As befits Cunningham’s detached attitude to life, he is incapable of having normal relationships and only sleeps with prostitutes.

Cunningham meets his CIA handler, Williams (Burgess Meredith), a former leftwinger who is also a College professor, and is offered a “hard contract”, so called because it will involve Cunningham killing three people within a strict one-month time frame. Two of the targets are in Spain, one in Belgium. The identity of the second target in Spain won’t be divulged to him until he eliminates the first two. As is often the case in hitman films, Cunningham accepts the contract because the money is so much he’ll be able to retire from the contract killing game for good.

While casing out his first target in a Spanish holiday town, Cunningham meets American socialite Sheila Metcalfe (Lee Remick). Sheila is at a loose end after her latest failed marriage and hanging with a strange entourage of louche Euro-trash types, including Adrianne (German actress Lilli Palmer), her companion Maurice (French actor, Claude Dauphin) and Alexi (Patrick Magee), a rich former Nazi infatuated with Sheila and who Sheila taunts about his past killing Jews in concentration camps.

After a shaky start, which includes Cunningham mistaking Sheila for a prostitute, a mix up Sheila plays along with at first, the two fall in love. As their relationship deepens, Cunningham finds he no longer has the stomach for his job. He kills the first target in Spain and travels to Belgium (via a strange detour to Tangiers), where he throws the second target out an apartment window, but his heart is just not in it.

Things become even more complicated when he discovers the third target, a man called Carlson (Sterling Hayden) was Cunningham in a former life before he grew tired of killing people for the American government and retired to the Spanish countryside. Despite threats by Williams that Cunningham and Sheila’s lives are in danger if the assassin does not complete the contract, Cunningham decides murder is obsolete. It’s not quite Godspell, but in true late sixties counter cultural style, he and Sheila damn the possible consequences and run away together. The last scene shows them making love in a clearing in the woods.

Hard Contract was a box office flop, which Coburn blamed on the film’s writer and director, S Lee Pogostin. Pogostin was a well-known writer, mainly for television, but he’d never directed a feature film before and it is easy to see he was out of his depth. According to Coburn, the actors more of less took over the film and directed them selves. Coburn affects an air of detached suaveness and Hayden sleepwalks through his part. The highlight is Remick, an actor I’ve never much cared for, who is great as the free spirited, good natured peacenik-type, Sheila.

The script is disjointed and full of lengthy sequences in which the characters discuss capitalism, the morality of war and killing and different philosophical approaches to life. With the exception of a long discussion between Cunningham and Carlson in the middle of a field of wheat in Spain, these don’t go anywhere or feel like they have much relation to the story.

That said, despite its abundant flaws, like so many late sixties American films, it has its charms. We get to do a bit of picturesque globetrotting between Spain, Europe and Tangiers. Cunningham gets caught in a violent political demonstration in Belgium and he and Sheila run away in the middle of gypsy wedding in Spain. Fans of late sixties interior design will also dig the extended scenes in various casinos, bars and hotel suites, where Sheila and her entourage spend their time.

Not a great film but an entertaining one and a fond reminder of the time when Hollywood was beset by uncertainty. 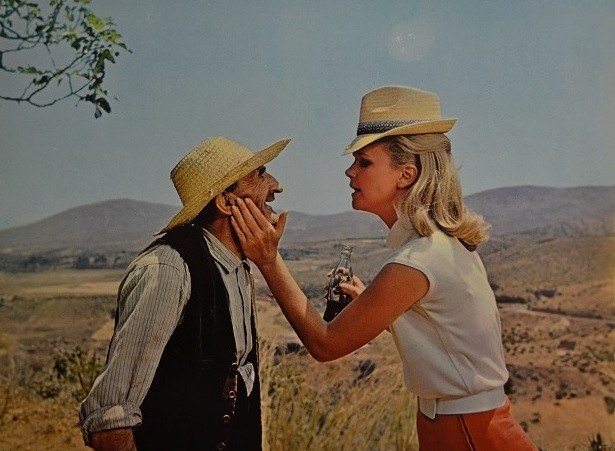 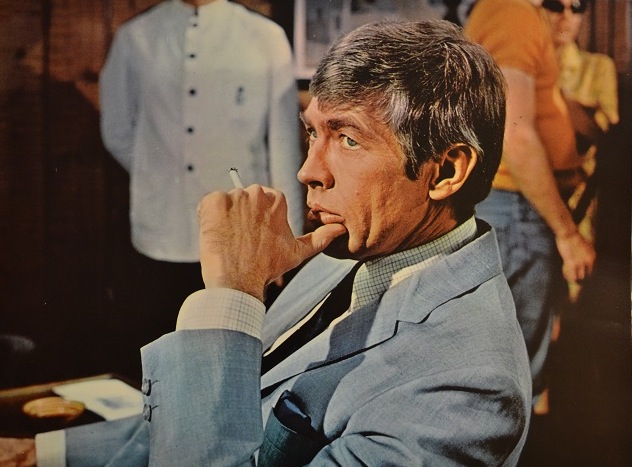 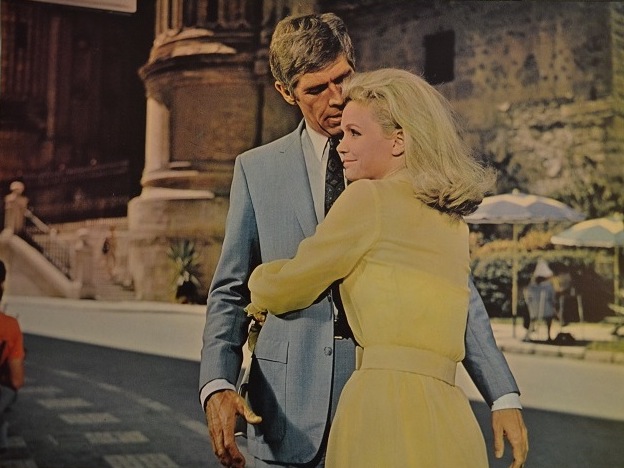 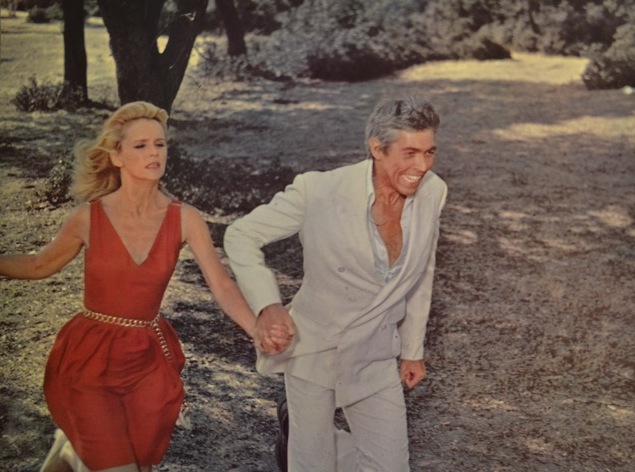 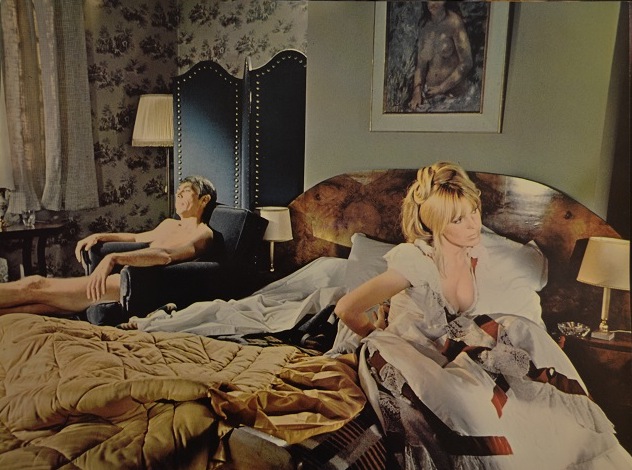