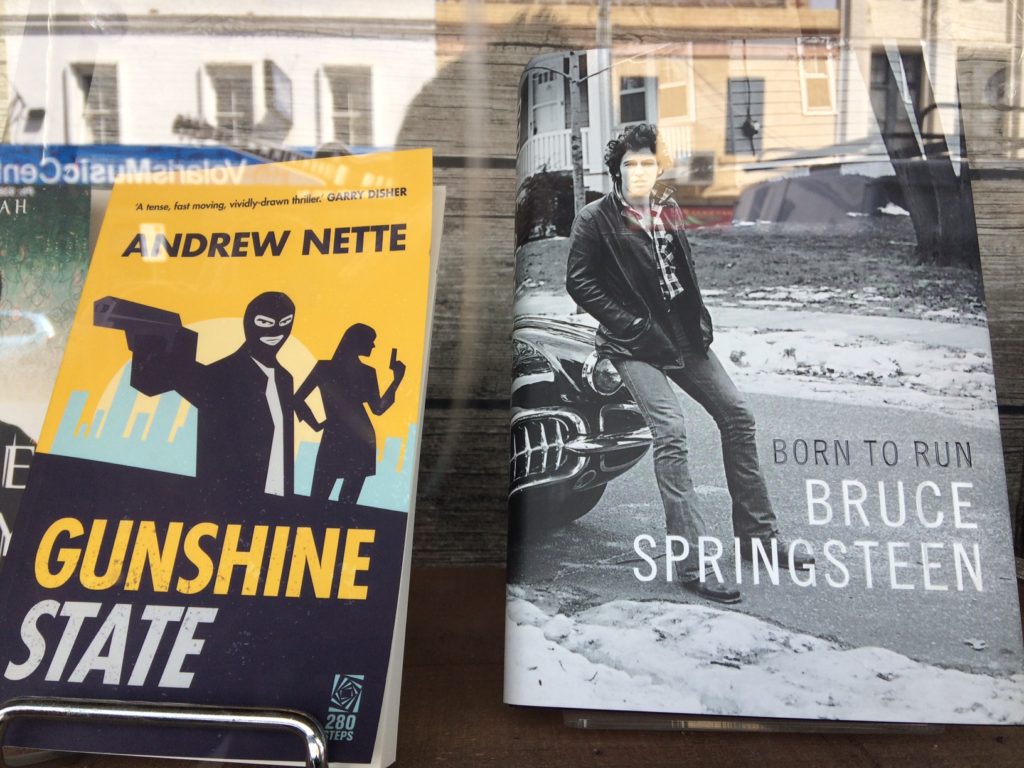 ‘The pace is fast, the narrative momentum steady. He tells us just enough about the characters’ pasts to give them weight as people, and he interweaves this exposition with the forward action smoothly.’ Criminal Element

You can read  ore about the book and, if you are so inclined, how you can get your hands on a copy, on the 280 Steps site here. Review copies are available by contacting 280 Steps directly.

If you have read Gunshine State and enjoyed it, it would be great if you’d consider leaving a short review on Goodreads or Amazon.

As part of publicising Gunshine State, I’ve done a number of guest posts and interviews on various sites. One of my favourites was this post I did for Hardboiled Wonderland, the on-line home of Jedidiah Ayres, a crime writer based in St Louis, Missouri, on the film influences that found their way into Gunshine State. You can read the post in full here.

Last, but by no means least, in addition to my on-line presence, I’ll be appearing live at a couple of events as part of a little trip I am planning to the US over the next few weeks.

I will be reading, along with writers Tom Pitts, Joe Clifford, Dietrich Kalteis at Oakland’s Octopus Literary Salon on from 7pm. More details here.

I’m also reading at the Noir at the Bar as part of the biennial NoirCon, from 6.30pm at the Pen & Pencil Club, 1522 Latimer Street, Philadelphia, hosted by the inevitable Philly crime fiction identity, Peter Rozovsky.

So any, if by any slight chance, there are any Pulp Curry readers San Francisco or Philadelphia way, I would love to see you.