Posted on November 10, 2017 by Andrew Nette| Leave a comment

Today I’m happy to host friend of pulp fiction lovers everywhere, Paul Bishop, to talk about a project he has been working on,52 Weeks • 52 Western Novels.

I have always been interested in the contradiction between how critically marginalised as a genre the Western is (and, arguably, always has been), compared with popular they continue to be. This is the case not just in the US but in Australia. The only remaining Australian pulp publisher still in business, Cleveland Publications, publishes Westerns. And go into any second hand bookstore, especially in regional Australia, and you are likely to find large a large number of westerns. That’s if they haven’t been snapped up, as was the case in a regional second hand bookshop I visited recently.

Anyway, Paul and his co-editor Scott Harris have done something too few people who examine pulp fiction and write about it, do – they actually read the novels and not just focus on the covers. The result is a wonderfully eclectic, in-depth look at the genre that is Western pulp fiction. The Western is an area of pulp fiction I have not really examined in any detail on my site, so I’m thrilled to have Paul here.

First up, well done on the book. You and your co-authors are obviously big fans of the Western novel. What is it about the Western your find so interesting and that you are so passionate about?

I’ve always found the Western to be rewarding, straight-ahead, no frills storytelling and pure escapism. This is especially true of the lean 120 to 150 page Westerns from the ‘60s and ‘70s written by the likes of Harry Whittington, Claire Huffaker, Frank O’Rourke, Ray Hogan, and of course, Louis L’Amour. These have been criticised for being formulaic and sharing the same repetitive plots over and over. While this may be true, the best of them—and even the majority of the average Western tales among them—rose above these limitations to deliver the kick, power, and satisfaction of a great reading experience.

Tell me a bit about how you put the book together and how you managed to settle on only 52 books. That must have been quite a task given the size of the field?

My co-author/editor Scott Harris believes doing something positive toward your personal goals every week for a year can have astonishing results. As a personal project, Scott followed this philosophy in a quest to read a novel a week for a year and write down his thoughts about each of them. When he showed me the end product, I immediately thought of doing a series of 52 Weeks • 52 (Whatever) books. Since we are both huge fans of the Western genre, we decided to create a 52 project featuring Western novels.

Originally, Scott and I were going to write all 52 entries, but we realised it would be fun to ask some of our Western writer/fan friends to contribute their choices. In doing so, Scott and I were also bound to find books to read that were new to us. Which was an exciting prospect.

We settled on a few guidelines—The books had to be Westerns of no more than 250 pages; be set west of the Mississippi; a single entry for any included author; and the overviews of each novel would be limited to 600 words. As best laid plans often do, we occasionally went a little astray. A couple of books ran over the page limit, and three authors appear twice. We also found we wanted to include several non-fiction books, like Bill Prozini’s Six-Gun In Cheek, simply for the fun of changing things up.

We did not want to compile an academic reference work. In fact, we wanted to achieve the opposite. The idea was for the entries to be entertaining and opinionated, including personal connections to the books or insights into why each particular book was important to the writer of the entry. In this way the book took on a free flowing, relaxed presentation—which was exactly what we were trying to achieve.

The final goal was to produce a book which would give readers new to the Western genre a solid personal overview, while also providing hard-core Western fans with new facts about their favourite books and perhaps intrigue them enough to try a Western author whose books they had previously overlooked.

I have often been interested in the contradiction between how popular and durable western fiction is and how it is so often critically reviled. The only genre I can think of that is seen a similar light is the romance, although the recognition by the mainstream publishing industry of romance’s big sales has changed that somewhat. It is certainly the case in Australia that the western remains popular, but it has always been seen as a form of a cheap, disposable faux Americana fiction. How is the genre viewed in the US?

The death knell of the Western genre has been consistently rung long and loud in the land of its invention. As a whole the genre is dismissed by those who don’t know better as empty calories. When Westerns were exploding in the pulp magazines from the ‘20s thru the 50’s—voraciously consumed by readers almost faster than they could be written—there was even a derogatory term applied to the uncountable fictional Western heroes—gun dummies. 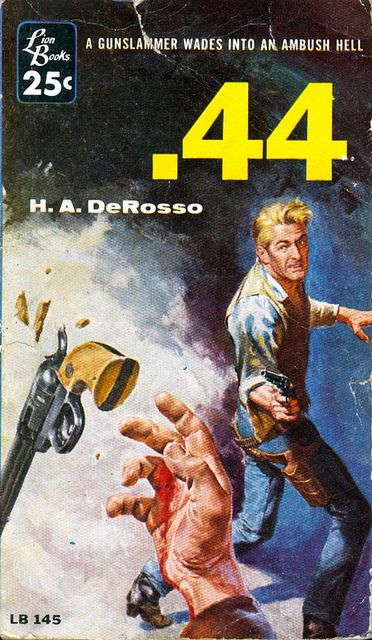 Occasionally, modern writers dabble in literary Westerns, such as Larry McMurtry’s Lonesome Dove, which have critics and reviewers wetting themselves. However, this is always looked at as an anomaly, somehow disassociating these endeavours from the source from whence they sprang. Personally, I’ve never been able to wade through books like Lonesome Dove. Perhaps it’s my short attention span, but give me fast six-gun action in a fast moving story wrapped up in one or two readings and I’m much happier.

The Western is a tough breed of genre. It doesn’t listen to critics and reviewers, and neither do the legion of Western readers. The Western is currently in bloom again. It is impossible for any reader to keep up with every new traditional-style Western being published.

Linked to the question above, I think a lot of people view westerns as having a certain generic sameness in their plots and characters, etc. One of the aspects of your book that impressed me is the diversity of novels you covered, including, I was interested to note, westerns written by women.

This is the hidden joy of the Western. Within its simple confines, there is an infinite amount of opportunity for characterisation, human conflict, and the diversity of the land and history. The fact that you found 52 Western Novels so diverse is not a testament to any planning on the part of Scott or myself, but a tribute to the heart of the genre itself.

Because of the talent and importance of women Western writers past and present, who bring the diversity of their own point of view, we did specifically look to include some of our favourites. This was not a sop to inclusion, but to acknowledge the Western as a level playing ground.

The thing about your book I enjoyed was learning biographical details of for the writers whose books you covered. How did you go about getting this material? Was it difficult?

Digging out facts about authors beyond Wikipedia pages became something of a challenge. So here, I have to give a shout out to the fantastic Men’s Adventure Paperbacks Of The 70s & 80s Facebook group. The depth of knowledge of the group members about action novels and westerns from the time period and the authors who wrote them could never be found anywhere else. The group members’ generosity and willingness to share this knowledge contributed strongly to the capturing a specific depth of information about the authors our book would otherwise have missed.

I don’t know what the situation is like in the US, but in Australia it is becoming increasingly difficult to source vintage pulp novels in good condition. Is this the same in the US? How hard was it to get hold of the books you reviewed, including getting decent cover scans of them?

Recently, I’ve been fascinated by the mysterious underground of commerce in used Western paperbacks. I haunt many used bookstores and Friends of the Library outlets. When asked, they all report they can’t keep Westerns on their shelves—any they acquire immediately disappear. Support organisations sending used paperback to military troops in the field, or to facilities dedicated to the care of military veterans, are constantly asking for Westerns. They all claim it is the most demanded genre. There appears to be a loyal but silent army of fans who keep these Western paperbacks in constant circulation. 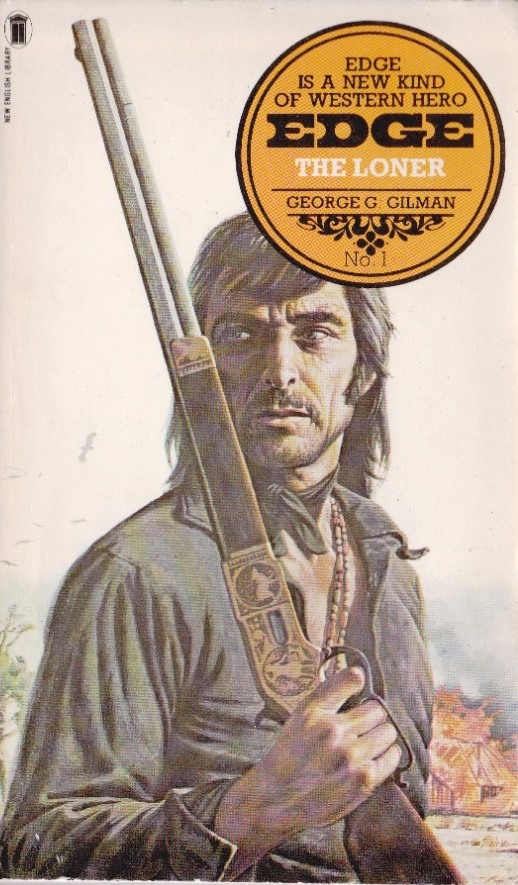 In your opinion, what is the most bizarre western you cover in the book?

It’s possibly a tie between .44, a hard-bitten Western noir by H. A. DeRosso, and Edge: The Loner by George Gilman (Terry Harknett). One typifies the dark desperation of the original Gold Medal paperbacks, while the other showcases the violent evolution which we are undergoing as a society. Both embrace the dark side of human nature. The difference is .44 is a collision of raw emotions, while the emotions (or more specifically the lack thereof) in Edge: The Loner are as cold and hard as the edge of a diamond razor.

I understand 52 Weeks • 52 Western Novels is the first of a series of books you and your co-editor are working on that involve the Western genre. Tell us what else is in the pipeline.

Novelist, screenwriter, and television personality, Paul Bishop is a nationally recognised behaviourist and deception detection expert. A 35 year veteran of the LAPD, his high profile Special Assault Units produced the top crime clearance rates in the city. Twice honoured as LAPD’s Detective of the Year, he currently conducts law enforcement training seminars across the country, is an adjunct professor at the University of California Channel Islands, while also focussing on numerous writing projects. Paul is the author of fifteen novels and has written numerous scripts for episodic television and feature films. 52 Weeks • 52 Western Novels will shortly be followed by 52 Weeks • 52 Western Movies and 52 Weeks • 52 Western TV Shows.