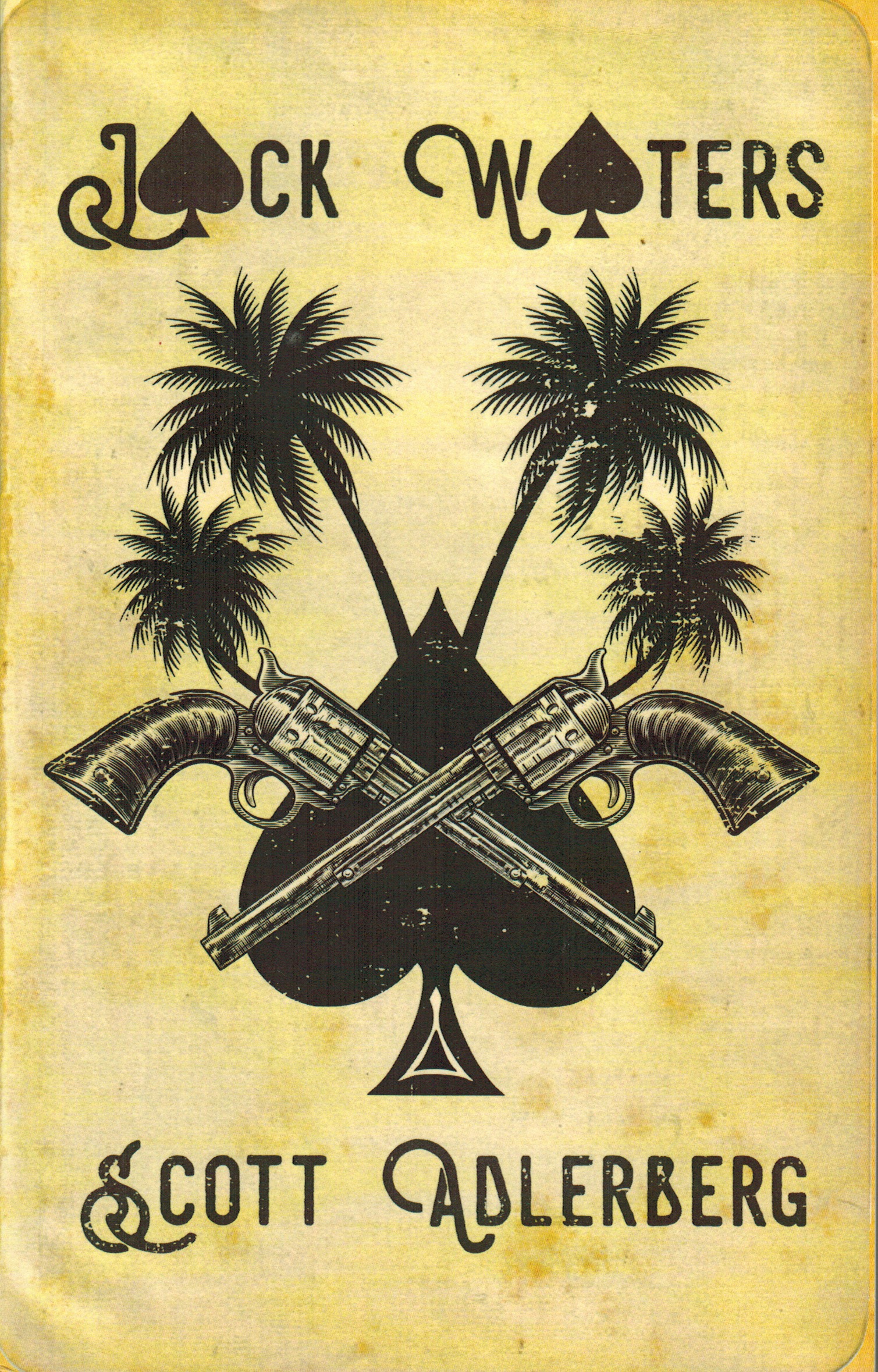 In Jack Waters, Adlerberg continues his reinvention, penning an historical crime story about a rakish New Orleans schemer, the title character, whose one great passion in life is playing cards, and whose one major dislike is people who cheat. Water’s private code gets him into trouble when he kills a man for cheating, the son of a wealthy and influential Louisianan businessman. Faced with the businessman’s wrath, Waters has no choice but to flee and chooses a small, unnamed Caribbean island, where he can start his life anew. His criminal connection who helps him organise his escape gives the departing Waters one piece of advice “Don’t play cards with Hernandez Garcia,” the country’s dictatorial leader. “He hates to lose, especially to gringos.”

While Waters quickly ingratiates himself with the island’s wealthy landed gentry they are suspicious of his tendency to take off for hunting trips in the island’s impoverished but beautiful jungle interior where a rebellion is fermenting, lead by a charismatic rebel, Amoros, and his supporters, known as ‘The Fifty’.

Waters does, indeed, end up playing Garcia at cards and beats him soundly. This development, perhaps the only inevitable plot point of the novel, places the card shark in all manner of difficulty, forcing him to make a choice between his  louche lifestyle and a cause which has more meaning.

Waters is a terrific character, amoral but with a strong democratic tendency. Adlerberg also paints a rich cast of supporting players, including the despotic Garcia, who has a thing for virgin’s blood, the troubled Amoros, the island’s alcoholic cuckolded US ambassador and his adventurous and intelligent wife.

At times, there is a touch of Richard Stark’s Parker about Waters and his fury at being cheated out of his gambling winnings by Garcia – 24,600 pesos to be exact – and his determination to recover the winnings due to him at any cost.  But the story is far more multi-dimensional, constantly changing gears between a swashbuckling yarn and deeper deliberations about race, power and nature of revolution.

Jack Waters is a wonderfully, dark nuanced existential historical tale that confirms Adlerberg as a talented crime author with a knack for reimagining his writing.

You can read an excerpt from Jack Waters on the US site, Criminal Element here.