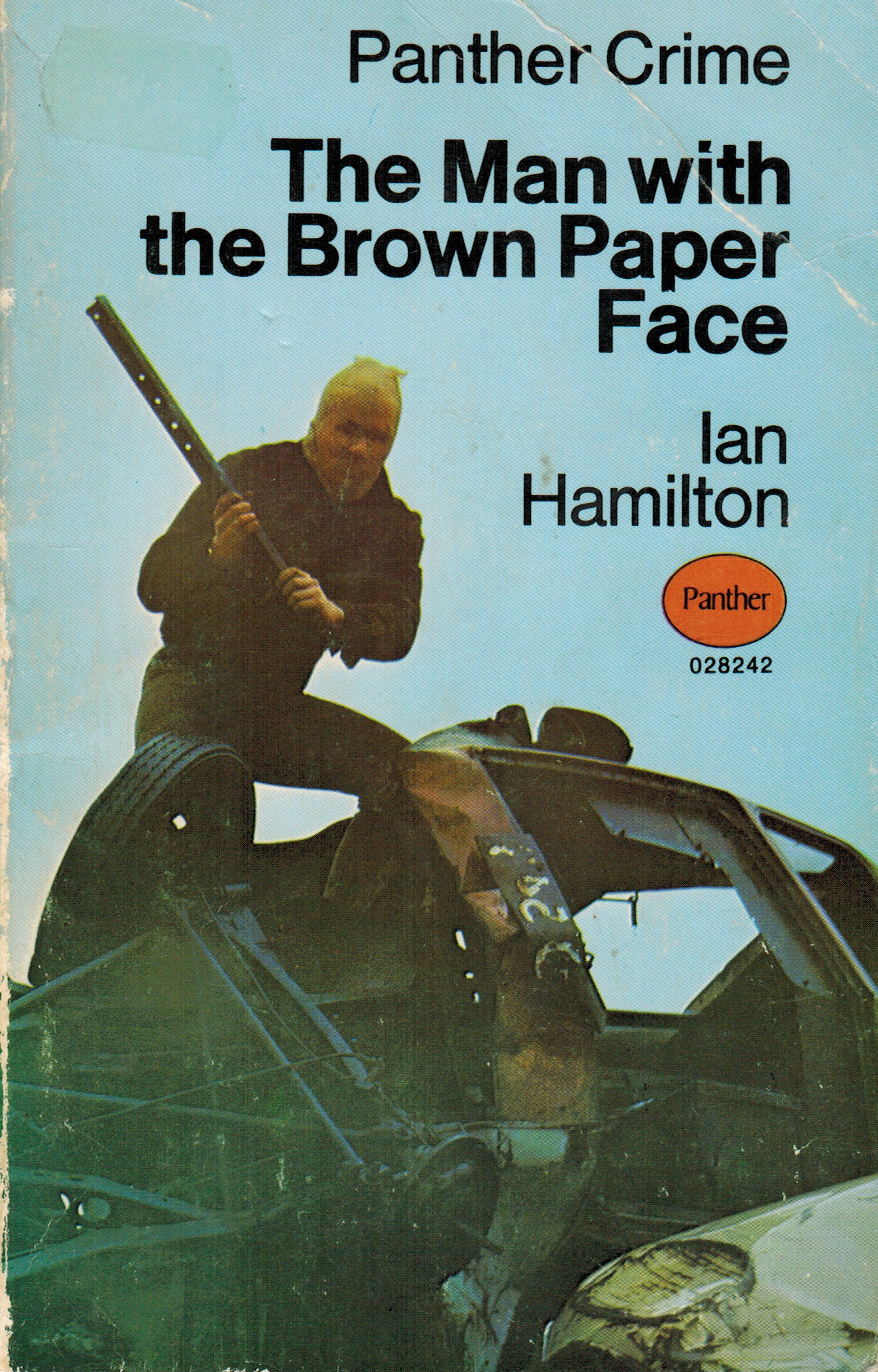 The Man With the Brown Paper Face is a good example. The cover utilises a man with a stocking over his head, posing on top of a scrapyard car, brandishing a star picket, which the photographer probably found nearby. Its nasty and direct and – I don’t know about you – but it instantly made me want to pick up the book.

The main character in the novel, Peter Heyson, is the host of a tabloid TV crime show who goes looking for a nasty divorce detective who has gone missing after appearing. The detective uncovered secrets that soon see Heyson the target of a blackmailer turned killed.

I have never heard of the author, Ian Hamilton, and, digging around have been able to find out very little about him. He was Australian and wrote five crime novels, all of which were published in the UK, and all of which featured the character of Heyson. According to John Loder’s Australian Crime Fiction: A Bibliography, 1857-1993, Hamilton was born in Melbourne, and worked and travelled in London and SE Asia, before setting in Sydney. His last book, The Thrill Machine, was published by Collins in 1972.