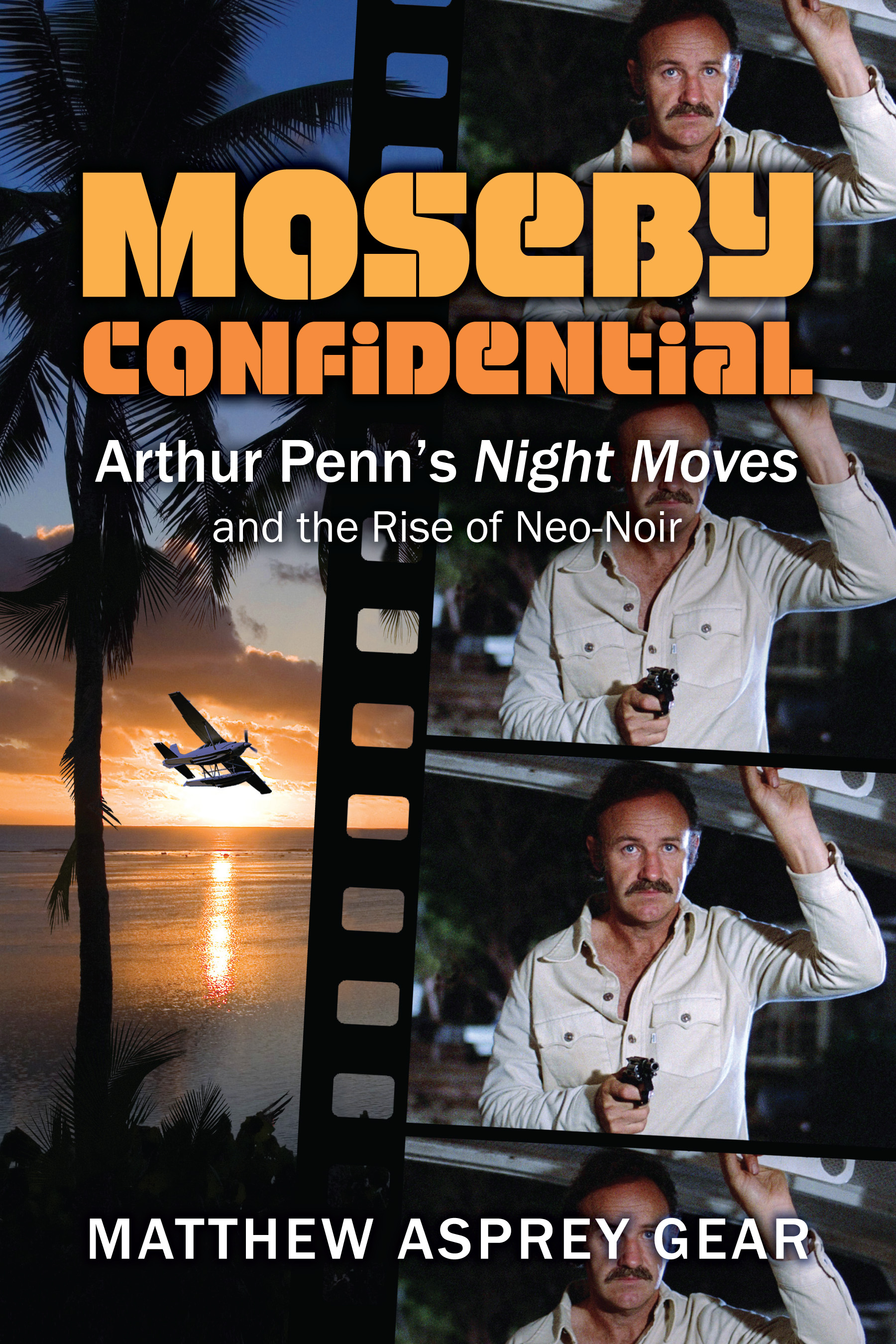 Like Asprey Gear, I am a big fan of Night Moves, which was reviewed on this site here back in 2013. I love its strange, discursive narrative and existentially bleak worldview, and its refusal to present its story in a nice, neat package. Night Moves also boasts the best, indeed the only, post coital fondue scene in a big screen movie.

Night Moves, or Dark Tower as it was titled until shortly before its release, was the confused and deeply compromised child of a collaboration between director, Arthur Penn, and writer, Alan Sharp. The avowedly left wing Penn was riding high after the success of Bonnie and Clyde (1967), Alice’s Restaurant (1969), and Little Big Man (1970). The British born Sharp was a bright young thing in early 1970s Hollywood film business, a man with literary pretensions who had been deeply influenced by American culture, particularly its screen culture.

Like any good PI movie, the apparent simplicity of Moseby’s case is in inverse proportion to what is actually going on – a racket smuggling precious Mexican antiquities into the United States, which leads to several murders. The tone of the story is drenched in the profound disillusionment of the 1970s as the promise of widespread social transformation offered by the 1960s gave way to intense disillusionment resulting from a wave of political assassinations, Watergate, and the carnage in Vietnam.

It is a sensibility that pervades a lot of American crime films, and US cinema generally, during this period. It is also very present in the crime fiction of writers like Robert Stone, Newton Thornburg and James Crumley: dark, complex, morally ambiguous, admittedly very masculine stories, that roam across numerous plot lines, large and small, sometimes without any great coherence or purpose.

Sharp’s original script portrayed Moseby as a deeply unlikeable character. It also deliberately attempted to undermine the classic Hollywood conception of a private investigator established by Chandler and Hammett. But as the production of Night Moves got under way, Penn had second thoughts about just how unlikeable Moseby should be and insisted on numerous changes to make it into a more mainstream crime film. Sharp gradually found himself locked out of the creative process. The end product – stuck somewhere between mainstream hard-boiled thriller and a re-envisioning of the classic lone private investigator driven to find the truth – is flawed but wonderful in its imperfections.

While I came for Asprey Gear’s discussion of the making of Night Moves, however, I stayed for his fascinating detour through the last days of New Hollywood, before the success of films such as Jaws (1975) and Star Wars (1977) ushered in the era of the blockbuster. The blockbuster, in turn, reflected and fed off shifts in American culture in the second half of the 1970s. ‘The sentimental reclamation of the American past as a triumphant narrative was in unstoppable motion,’ writes Asprey Gear. The bicentennial year of 1976 was characterised by displays of patriotism, sentimental nostalgia, and escapism. Hollywood production reflected the changing mood.’

In other words, films whose tone and content was totally the opposite of Night Moves.

The book exudes a real sense of the panic and confusion felt by Hollywood in the early 1970s, as the studio system tried to replicate the success of films like Easy Rider (1969), and get some traction on the changes underway in society. Sharp is quoted at one point in the book as defining this new American consciousness as the ‘recognition that the world is more complex than what it was believed to be and that there are things that just cannot be solved.’

It was a process that saw a lot of garbage made, but also resulted in some real gems. Asprey Gear name checks a number of examples, good and bad, in terms of 1960s/1970s crime cinema: Penn’s weird, European influenced Mickey One (1965) and his Marlon Brando led effort, The Chase (1966); The Last Run (1971), for which Sharp penned the script; and Thomas McGuane’s sparse, melancholic Florida crime film, 92 in the Shade (1975), based on the McGuane’s book of the same name.

You could add numerous other titles to the list but only a handful of them presented the malise and cultural ennui that gripped America in the mid 1970s as clearly as Night Moves.