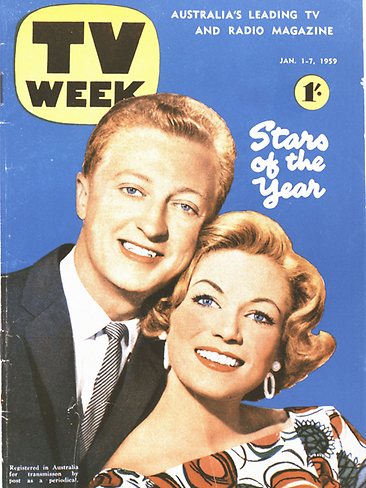 The first Logie Awards were held in 1959, just a few years after the introduction of television in Australian (Googie Withers was guest presenter and the Gold Logie went to Graham Kennedy and Panda Lisner, who appeared as the character Princess Panda on the Channel 9 children’s program The Happy Show). Throughout the sixties, the awards were much smaller than they are today and received far less attention. It was televised for the first time in 1961, with the ABC screening a half an hour package of highlights. Coverage in the media was usually limited to a couple of pages in TV Week magazine listing the winners and there was no comment about what actually transpired on the night. It was only in the early seventies that the Logies Awards show took off as a must see television event.

The following is a partial list of some of the events that make up an alternative history of the Logies.

The media were officially invited to attend the Logies for the first time in 1973 (Tony Barber won the Gold Logie). They did not leave disappointed. The main controversy centred on an expletive uttered by international guest, Michael Cole. At the time, Cole was the star of the hit US TV show, Mod Squad, about three young rebels in trouble with the law (‘One black, one white, one blonde’ went the show’s tagline) who are given a second chance by helping the police fight crime. Cole played Peter Cochrane, a long haired youth from a rich family on probation for stealing a car. Stepping on stage to accept the Logie for best international show, Cole, who had been drinking heavily all afternoon (some in the media charitably described him as being “in a tired and emotional state”), gave a short, incoherent, acceptance speech, which he concluded with the word “shit”. He looked like he was about to fall off the stage, but was helped by US actor, Glen Ford, also a guest at the awards. 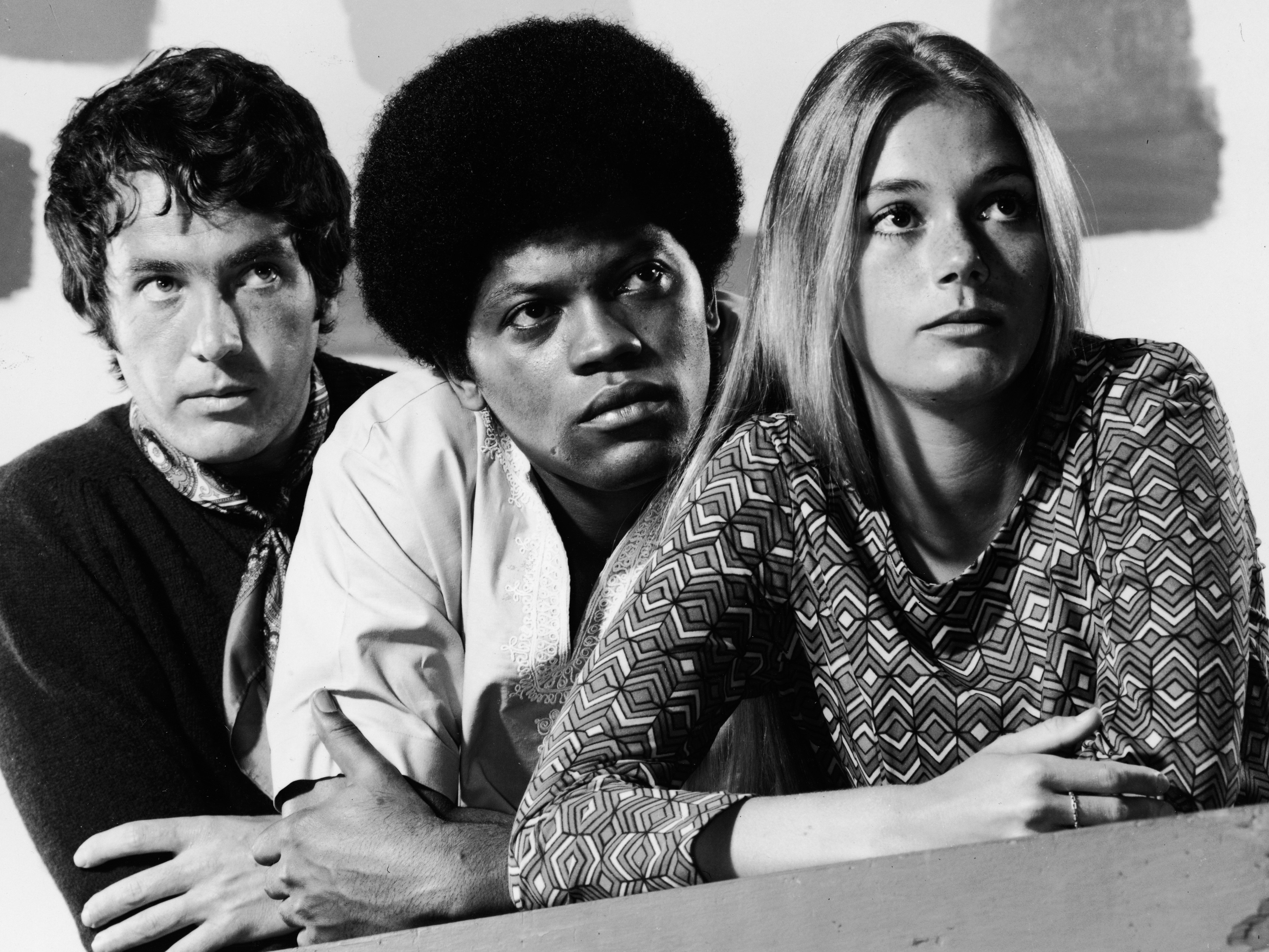 From left to right: Michael Cole, Clarence Williams III and Peggy Lipton, stars of the 1960s show The Mod Squad

It was the first time a swear word had ever been heard on Australian television and according to host, Bert Newton, Channel Nine received thousands of complaints. Graeme Blundell’s Bert: The Story of Australia’s Favourite TV Star provides the postscript to the event. ‘At the end of the evening, Bert was walking through the hotel lounge and he saw something glittering from beneath a lounge chair, even though it was four o’clock in the morning and he had had many drinks. It was the American actors Logie.’ Apparently, Newton still has it. From then on, journalists always made it a point of attending the Logies. They knew there would usually be a story in it. They were right.

Dragging “Old Glory” through the mud

Glen Ford was involved in his own controversy during the 1973 awards ceremony. According to the March 22, 1973 issue of Jet Magazine, the star of such classics as The Big Heat (1953) and Blackboard Jungle (1955) refused to sit next to US TV actress Gail Fisher, a star of the US detective show, Mannix, and also a guest at the awards, because she was black.

A conservative Republican, Ford was also upset by sentiments expressed by the Australian media and politicians against President Nixon and the war in Vietnam. He refused to shake hands with then Labor Senator Doug McClelland, attending the Logies in his capacity as Minister for Media. Glen Ford: A Life, written by his son, Peter Ford, states: ‘Before the end of the trip Prime Minister Whitlam was quoted as saying: “Someone should have put a bucket over Glen Ford’s head.” My father challenged Whitlam to it himself – if he dared.” US ambassador Walter rice felt obliged to offer a formal apology to the nation of Australia.

The Number 96 train to Melbourne

In 1974, Pat McDonald became the first soap star actress to win the Gold Logie. It was for the show, Number 96. Number 96 depicted the lives of the residents of a fictitious block of inner Sydney flats. These days it comes across as a sleazy late night commercial TV reminder of early, pre-feminist, seventies. But it was much more than that. Number 96 debuted on March 13 1972, “The night Australian television lost its virginity”. There was moral outrage about the explicit nature of the show and protestors picketed Channel 0 (now the Ten Network) with placards demanding the station “ban this filth”.

It was a huge success with audiences, however, who were keen to dive head first into the warm water of the increasingly sexually liberated early seventies. It resulted in something of a sexual arms race of sorts on Australian television, as other stations tried to match it. The end titles always featured a shot of the exterior of the apartment block. When a character left the series a question marks would appear for over the window of the now vacant apartment. Every time this occurred the station would be deluged by calls from fans asking to move in to the vacant apartment.

The show resulted in a (now little know) feature film and even had its own passenger train, dubbed ‘The Spirit on 96’, that transported the cast and crew from Sydney to Melbourne for the Logie awards train made stops at country towns along the way at which thousands turned out to see it.

In 1976 Garry McDonald made history of sorts when his comedy creation Norman Gunston won the Best New talent Award as well as the Gold Logie. Lee Marvin was a guest at the Logies that year and was on stage to hand McDonald/Gunston his award. Marvin can be seen behind Gunston, one minute and forty-nine seconds into this clip:

Without doubt the best-known Logies related scandal took place in 1979 when Muhammad Ali and Bert Newton co-presented the ceremony. The two men can be seen clowning around in the following clip. At one point, Newton says in a mock Southern US accent, “I like the boy!” (a reference to a line from a series of TV advertisements Newton had recently done). Not surprisingly, given the racist historical connotations of the term ‘boy’ in the US, Ali immediately took offence. “Did you say boy or Roy?” said Ali. Newton and the show’s producers issued a full apology after the awards.

A rather blurry clip is available on Youtube here:

The eighties saw what many believe was one of the worst hosting jobs of the Logies, by Greg Evans, then hosting the TV dating show, Perfect Match, in 1985. According to a piece in The Australian newspaper on May 3, 2007, the new electronic autocue broke down. Evans, in a mild panic, was forced to refer to old-fashioned cue cards hidden on a dais. Dallas star Larry Hagman, a guest on the awards, reportedly came up to him and placed his ten-gallon hat over the cards with a smug grin. Norman Gunston makes a reference to Evans’ performance in this clip:

The most controversial Logies-related event in the eighties occurred during Newton’s acceptance speech in 1988 when he was inducted into Logies Hall of Fame. Unfortunately, no vision exists of the speech in which he reportedly made a number of cutting remarks about the industry and the fact that despite the award recognising his talent as a host and performer, it had been three years since he’d been allowed to appear on television. Newton’s TV career had declined in the mid-eighties, when his weeknight TV show was cancelled, following by New Faces, and he was told Channel Nine no longer needed his services. He briefly went to Channel Seven with a daytime chat show that was axed after a year. It was not until he started hosting a morning TV show on Channel Ten in 1992, that his career got back on track.

Of course, this wasn’t to be Newton’s last brush with Logies controversial. That occured at the 2018 awards when he talked about his long time collaborators, now deceased, Graham Kennedy and Don Lane ‘mentoring’ young talent behind closed doors. The remarks were immediately called out on social media.

Joan Rivers doesn’t know why she is here

As we have seen, some international guests behaved well, others not so. Hudson reportedly complained the trip would cost him money. Ekland took the hair dryer from the hotel room. Raquel Welch reportedly thought she wasn’t being paid enough and asked for $20,000 worth of jewellery. But the prize for the star that just did not seem to care whether they were here or not, goes to Joan Rivers in 1992. When introduced to co-presenter Richard Wilkins, Rivers, who had obviously indulged in

In 2009, comedian Will Anderson caused a stir by being (one of many celebrities) to bag out host Gretel Killeen on social media during the event. But the impact of social media became a point of debate in 2010. Anderson again made headlines for his Tweets, which included: “Can’t Wait to see [Australia’s Got Talent] Brian McFadden so I can say you’re talentless and f off back to where you are from.”

But, in what probably ranks as one of Australia’s first major social media scandals, most attention centred on comedian Catherine Deveny. In relation to the presence of child star Bindi Irwin, Deveny Tweeted, “I do so hope Bindi gets laid”. On the subject of Rove McManus and his partner Tasma Walton, she Tweeted: “Rove and Tasma look so cute… hope she doesn’t die, too,” a reference to McManus’s previous partner, Belinda Emmett, who died of cancer in 2006. Deveny, who lost her job as a columnist for The Age newspaper cover the controversy, claimed her comments were taken out of context. ‘It was just passing notes in class, but suddenly these notes are being projected into the sky and taken out of context,’  she said.

The era of social media was well and truly with us.

A version of this article originally appeared on the now defunct site, Spook, in 2015.