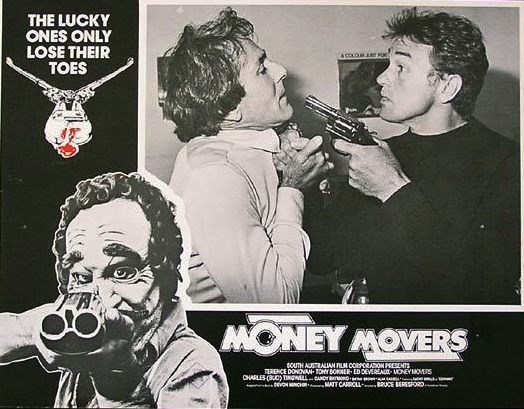 Its hardboiled feel is established in the opening scenes, muster time in the counting house of Darcy’s Security Services. The armoured car drivers exchange jokes and take a last drag on their cigarettes before going on the weekly bank run. Two of them, Brian Jackson (iconic Australian actor Bryan Brown) and his brother, Eric (Terence Donovan), head of security at Darcy’s, pause to observe money being unloaded from a truck with particular interest.… Read more