Pulp Friday: Trouble Is My Name by Stephen Marlowe

Posted on November 18, 2011 by Andrew Nette| Leave a comment 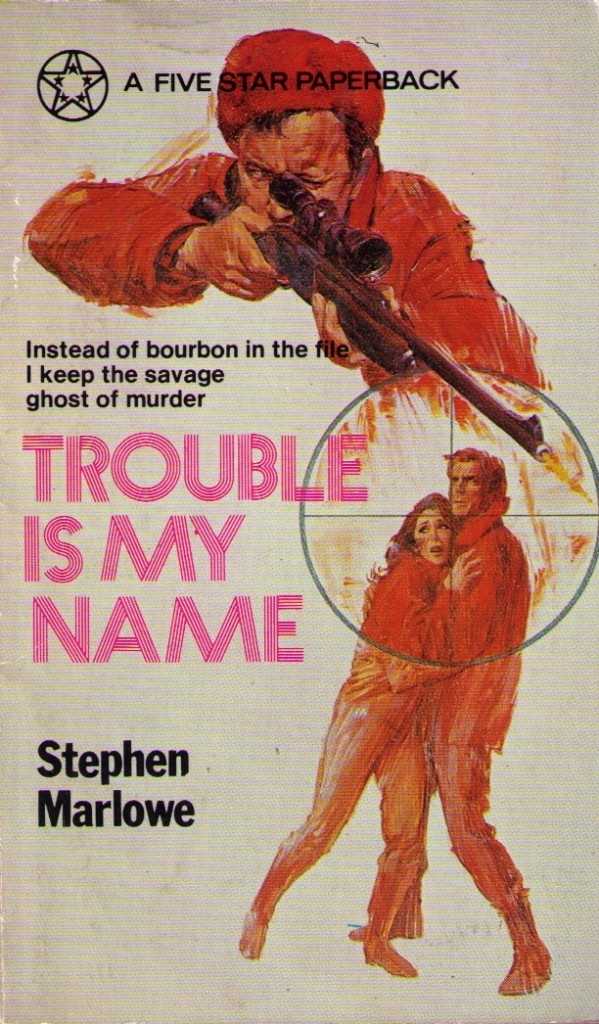 “Instead of bourbon in the file I keep the savage ghost of murder.”

As front cover blurbs go, that’s a pretty good one.

There’s no publication date on this book.

Through the wonder of the Internet, I discovered that Five Star Paperbacks was the pulp in-print of Mayflower paperbacks.

It did produced a range of crime, horror, Gothic romance and science fiction books in the late sixties and early seventies. I found a nice little selection of some of their titles at an interesting site called Vault of Evil, if you want to check them out

Five Star Paperbacks also licensed a number of hardboiled mysteries and thrillers from the famous US pulp publisher, Gold Medal Books, including Trouble is My Name.

Marlowe was a US crime writer, best known for creating Chester Drum in 1955. He wrote science fiction and crime under at least five pseudonyms that I have been able to find.

Trouble is My Name featured Drum and was originally published in 1957.

I’d be curious to know whether the back cover blurb on the original was as salacious as that on the Five Star Paperback version: