Tag Archives: Sticking it to the Man: Revolution and Counterculture in Pulp and Popular Fiction 1950-1980

Horwitz Publications, Pulp Fiction & the Rise of the Australian Paperback

I know that this site has not been getting quite as much attention from me as usual over the last year. This is largely because I have been so busy with various book projects. A quick update on these might be in order.

First up is my academic monograph, Horwitz Publications, Pulp Fiction & the Rise of the Australian Paperback. Out via the Anthem Press Studies in Australian Literature and Culture series in early July, it now has a cover and is available for pre-order. It is in hardcover, with a price that reflects the fact that it is being targeted at institutions and, in particular, libraries, in the first instance, but I have negotiated with Anthem for a much cheaper paperback version of the book will be released by Anthem next year.

Horwitz Publications, Pulp Fiction & the Rise of the Australian Paperback originated in a PhD I took at Sydney’s Macquarie University and turning it into a monograph has taken a considerable amount of my time over the last year. Regular readers will no doubt be familiar with Horwitz, as the publisher of many of the paperback covers that I post on this site. My study is the first book length examination of Australian pulp and one of the few detailed studies I am aware of a specific pulp publisher to appear anywhere.… Read more

Posted on November 22, 2021 by Andrew Nette| Leave a comment

My new book, Dangerous Visions & New Worlds: Radical Science Fiction, 1950-1985 is starting to get out in the world. As part of that process, my co-editor Iain McIntyre and myself will be holding an actual in-person, face to face launch of the book for Melbourne folks on Tuesday, December 14 at Buck Mulligan’s Bar and Bookshop, 217 High Street, Northcote. The event kicks off at 7pm.

I know it is always a crazy time of year as we get close to Christmas, maybe this year more than ever, but I would love it if you could join us. As well as drinks at bar prices, there will be giveaways and readings from SF works mentioned in our book.

All the reviews so far for the book have been extremely positive. In its review, the respect SF magazine Locus called it ‘an excellent primer that differentiates itself from other treatises through its many-voiced perspectives and its gorgeous accompanying artwork.’ One of my favourite sites, Science Fiction and other Suspect Ruminations described it as ‘a must buy for any SF fan of the [New Wave] era’. The book has also made the Washington Post’s list of best science fiction books of 2021.

In addition to picking up a copy of Dangerous Visions & New Worlds, well before it hits shops in Australia, you’ll also be able to pick up cheap copies of our other PM Press books, Girl Gangs, Biker Boys & Real Cool Cats: Pulp Fiction & Youth Culture, 1950-1980 & Sticking it to the Man: Revolution & Counterculture in Pulp & Popular Fiction, 1950-1980. … Read more 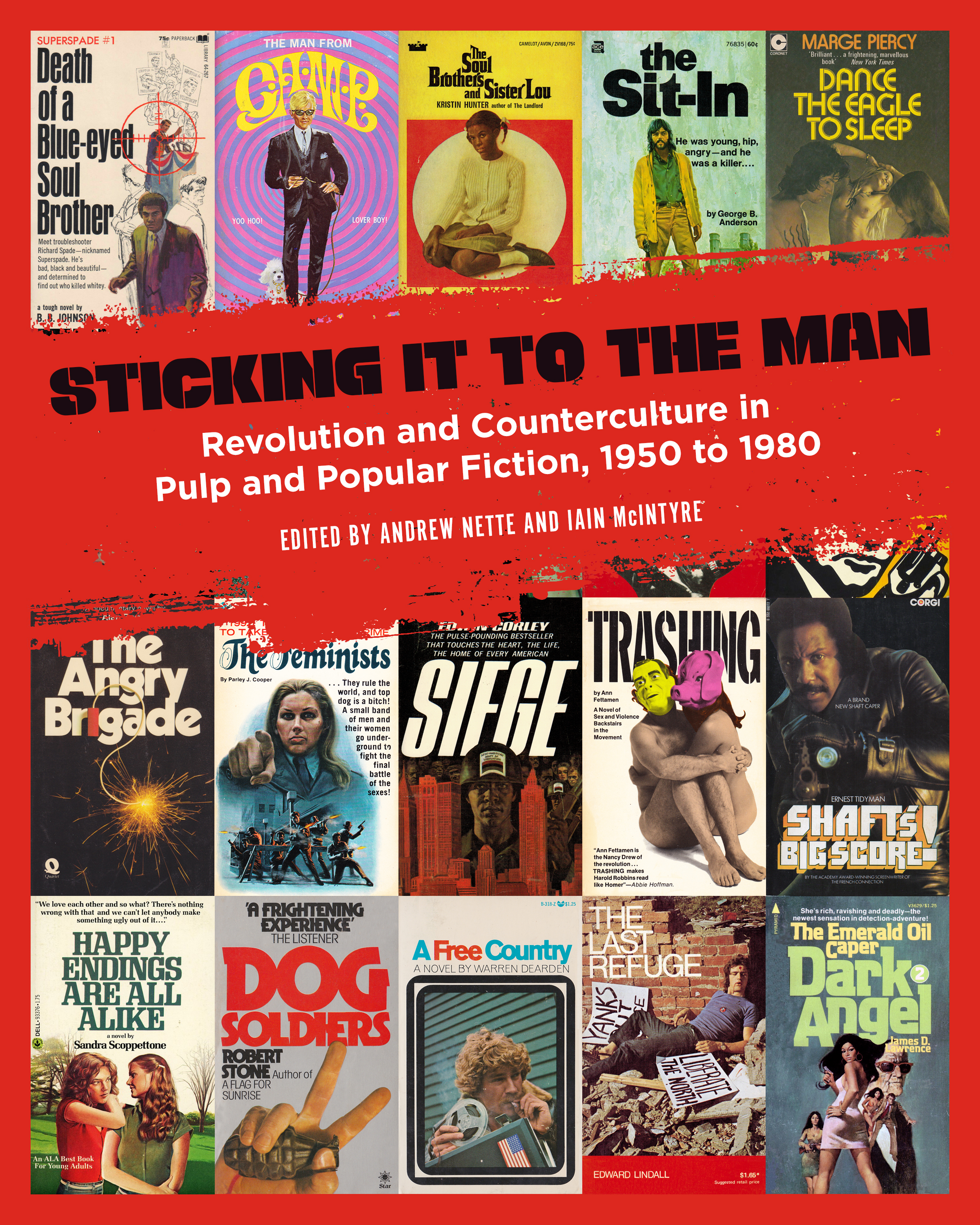