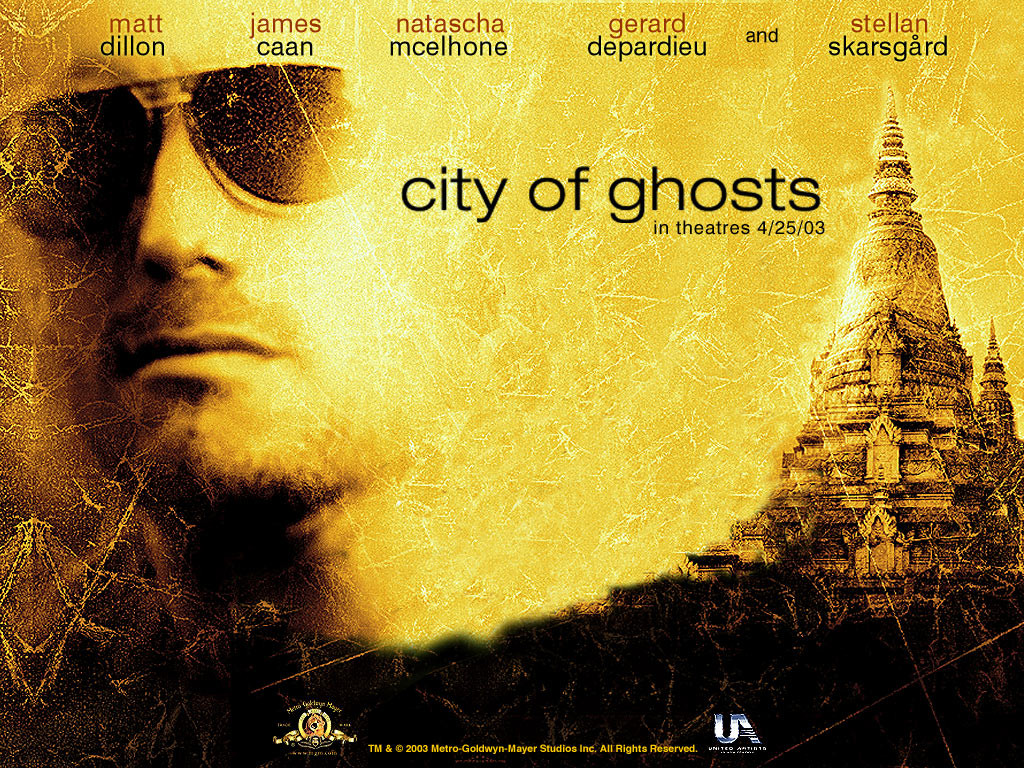 Jimmy decides to follow him, arranging to meet up with Casper in Phnom Penh at a hotel called the Belleville. Most frequent travellers to Asia will have stayed in at least one place like the Belleville, a magnet for dead-beat expats, burn-outs and tourists on expired visas, who hang around the bar providing cryptic advice and Vietnam flashbacks to whoever will pay attention and buy them drinks.

Casper and Jimmy locate Marvin who is living like a king in a rundown French colonial villa. He’s ploughed the proceeds from their insurance scam into a new project, a proposed casino complex complete with a firing range and a big game park, which he and his local partner, a former high-ranking Cambodian military intelligence officer called Sideth, hope will turn Cambodia into the Acapulco of Asia.

Marvin offers Jimmy a slice of the action, then heads off down south to inspect his investment. In one of the film’s more surreal scenes, Marvin and his entourage stop for the night in one of those cavernous discotheques that are common in much of rural Asia. They do a little karaoke before all of Marvin’s off-siders are killed and he disappears.

Jimmy, meanwhile, has returned to his room at the Belleville to find a suitcase full of money and a note from Marvin telling him to get out of Cambodia and start a new life. He’s deliberating whether to take Marvin’s advice when he becomes involved with Sophie (Natasha McElhone), an archaeologist whom he meets at the Belleville.

Then a young Khmer boy walks into the Bellville carrying a box. Inside is a human foot, presumably Marvin’s, and a ransom demand for five million US dollars in exchange for Marvin’s life.

Jimmy decides he has to rescue Marvin. He consults Sideth. Sitting behind a giant teak desk, the Cambodian draws on his cigarette and tells him, “It could be bandits, it could be KR. It’s not uncommon,” and offers to act as a go-between.

Meanwhile, the Russian mobsters have succeeded in tracking down Casper who offers to sell out Marvin and Jimmy in return for his life.

As Jimmy perseveres in his efforts, with the assistance of Sok, a likeable ex-Cambodian soldier now eking out a living as a cyclo driver, it becomes clear that Marvin has faked his kidnapping.

The plot of City of Ghosts is strictly B-movie. That’s not necessarily a criticism in my book, but Dillon, who co-wrote and directed the film as well as starring in it, struggles to elicit anything more than a one-dimensional performance from virtually all his headline characters.

Sweaty, lost and beaten up, Dillon never looks anything less than a million dollars. As Marvin, Caan looks and sounds like Sonny Corleone with a few extra years and a tan. As the Euro crime bad guy, Skarsgard is suitably sleazy with his old world colonial attitudes and Thai transsexual girlfriend, Rocky, but it’s pretty clear his heart’s not in it. McElhone just looks confused as to why her character is spending any time at all hanging around the losers in a fleapit like the Belleville.

My armchair criticisms aside, it was a pretty gutsy decision on Dillon’s part to make an entire movie in Cambodia. Apart from a section of Lara Croft Tomb Raider, which was shot around Angkor Wat in 2000, City of Ghosts was the first major US film to use Cambodia as a principle location since Lord Jim in 1965.

Cambodia had a thriving film industry in the sixties and early seventies. This was completely obliterated by the Khmer Rouge when they took power in 1975 and has only started to recover in the last few years (a development which I’ve have previously written about here). Dillon would have had to bring in virtually all his equipment and most of his crew and start shooting from scratch.

Despite its many flaws, City of Ghosts also has a strange authenticity and rawness that latches onto you and keeps your attention. While the film’s big name stars disappoint, the largely amateur supporting cast are a treat.

Many of the foreign supporting actors were recruited from amongst the ranks of Phnom Penh’s bizarre and eccentric local expatriate and backpacker communities. The parlous state of Cambodia’s film industry resulted in Dillon having to rely on local Khmers with little if any previous acting experience.

Sok, Jimmy’s cyclo drover and cultural guide had never acted before (he still works as a taxi driver and you can hire him for a day to take you around the sites where the film was shot). The local official who welcomes Marvin to the nightclub where his fake abduction is staged was played by a famous pre-1975 Cambodian comedian who only survived the Khmer Rouge because they feared the supernatural powers that are supposed to reside in dwarfs.

Two other aspects of the film are worth noting.

The soundtrack intersperses songs from Cambodia’s incredibly vibrant music scene in the sixties (see my article here for more details), including hits by Ros Sereysothea and Pan Ron, both of whom were killed by the Khmer Rouge, interspersed by more recent tracks from bands such as Dengue Fever.

The camera work by John Pirozzi (who is currently working on a documentary of Cambodia’s sixties music scene called Don’t Think I’ve Forgotten) is also fantastic. While the script may be clunky, there’s nothing remotely resembling a B-movie about how City of Ghosts  looks, particularly the way it interweaves light and sound.

City of Ghosts was shot in several provinces in Cambodia. Many of these locations have radically changed or no longer exist. Marvin’s villa is an old house in the southern beach-side town of Kep, now undergoing a major tourist boom. The bar of the Belleville has been turned into a noodle house and the last time I saw it, the hotel itself, a former colonial police station, was surrounded by green corrugated iron fencing and was slated for demolition or renovation, I could never find out which.

The abandoned casino at the former Bokor Hill Station, 2008

The location where Marvin holds out while he is faking his abduction is the ruins of the Bokor Hill Station, a former French colonial retreat with an abandoned hotel and casino complex in the middle of a stunning national forest.

Tourists were free to wander around its genuinely creepy interior until a couple of years ago when it was acquired by one of the country’s top businessman with the intention of renovating and re-opening it as a resort for high-end Asian tourists.

Marvin wasn’t that far off with his plans. He was just ahead of his time.