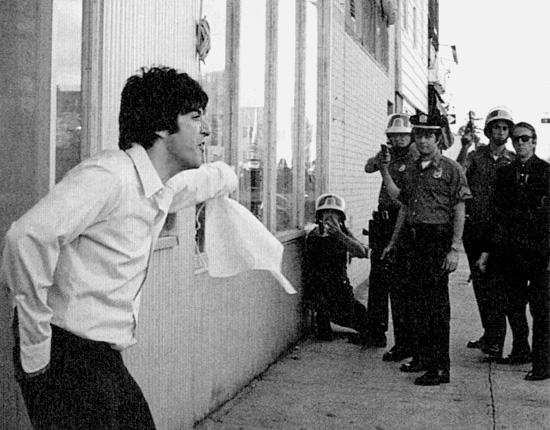 It’s a complicated, dense, claustrophobic, drawn out story that mirrors the situation facing Ciello. He’s not a hundred per cent clean, but neither is he a bad man. None of that matters, however, as he is slowly drawn into a case that is way bigger than he can ever imagine. 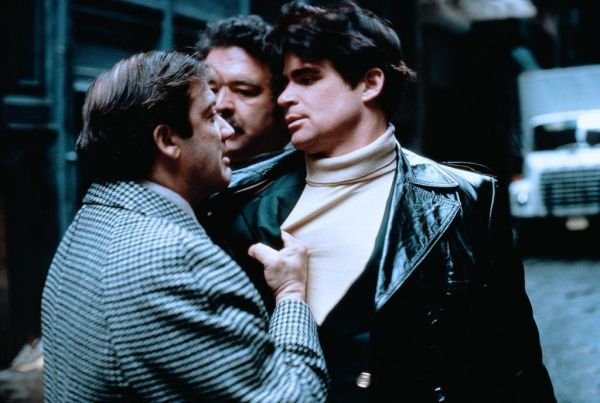 The visual feel of Prince of the City is sparse and gritty. Lumet did grit, particularly New York grit, well. The sequence at the beginning when the key characters are introduced by still from their ID cards is particularly memorable.

Lumet’s best crime film was without doubt the much-acclaimed Dog Day Afternoon. Loosely based on the real life robbery of a bank in working class Brooklyn, the film stars Al Pacino as Sonny Wojtowicz and John Cazale as his partner Salvatore Naturile.

To say these guys are first time crooks is an understatement. We know it’s going to go to shit from the moment Sonny has trouble disentangling his rifle from the flower box he’s used to carry it into the bank.

Then the third member of their team announces he can’t go through with it and asks to leave. “Take the subway, we need the car,” Sonny tells him.

Making matters worse, they have arrived after the cash has been picked up, leaving only $1100 in the entire bank. The bank robbers and their hostages, mainly the female counter staff, are soon surrounded by 250 cops led by Detective Eugene Moretti (Charles Durning), as well as the media and several hundred onlookers.

Sonny is a Vietnam veteran with a wife and kids and a male lover. The impetus behind the robbery is Sonny’s desire to fund the lover’s sex change. Sal is a religious nut. He doesn’t say much, just cradles his machine gun glaring at anyone who comes near him.

As the police tighten their grip, Sonny decides that their only chance of escape is to use the hostages to bargain for a plane to get them to Algeria. Any illusions we have that the plan will come off, come to an end when the well meaning but inept Moretti is replaced by a sinister FBI agent who has been shadowing the negotiations.

There are two things about Dog Day Afternoon that I find interesting.

The first is it’s palpable sense of anti-establishment politics. People were not so quick to identify as economic stake holders. We get a sense of this when Sonny steps outside the bank for the first time to negotiate with Morettii and chants “Attica, Attica” a recent prison riot in which 39 inmates were killed, getting applause and black power salutes from the crowd.

When the media broadcast the news that Sonny has a male lover, a group of gay pride protestors converge with the onlookers, chanting “out of the closet and into the street”. Even his hostages warm to him when he asks a TV reporter how much he gets paid compared to a bank teller.

The second is the power of the mass media. This is the age before reality TV. One of the hostages is genuinely thrilled to give an ad hoc interview to the media about the failings of the police effort to rescue them.

A man whoops, “I’m a fucking star” after delivering the hostages and their captors’ pizza.

Sal is more concerned that the media has branded him a homosexual by association than the fact that he is surrounded by enough firepower to obliterate a small army.

The role of the media was a theme Lumet was to explore in much more detail a year later to great acclaim in Network.