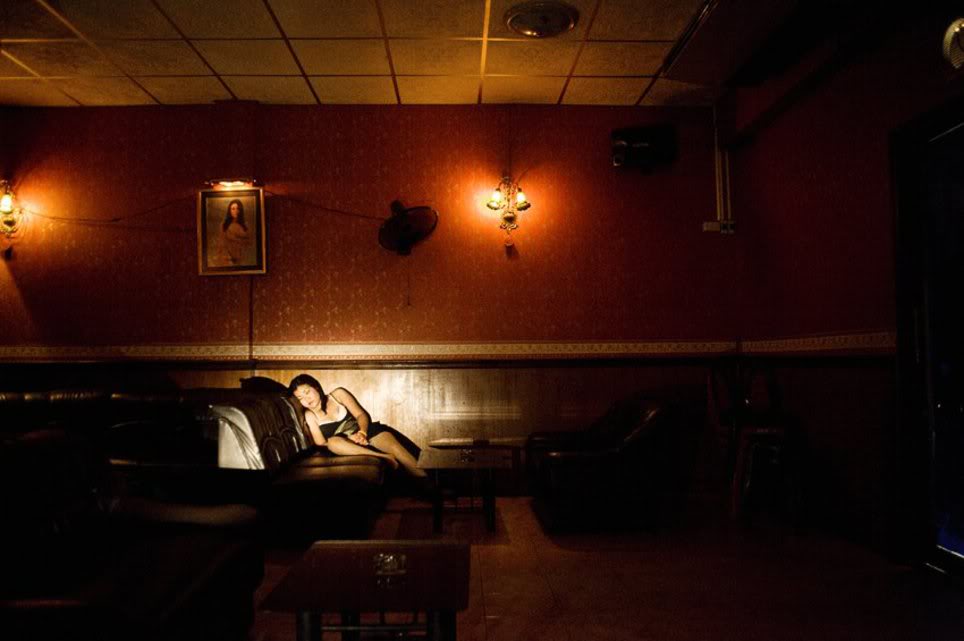 Moore, whose fictional Bangkok-based PI Vincent Calvino recently had his 12th literary outing, knows more than to take as his starting point the now mainstream conception of noir fiction and film, crime stories that happen at night and involves disillusioned private detectives lurking in shadows.

Instead he chooses to focus on what noir means when set outside the West.

What does it mean for noir fiction when it is set in a place where corruption and extreme violence are regular features of everyday life and the term ‘criminal’ is often simply a label applied by the local elite to anyone who tries to assert their rights? Flowing from this, there’s also what it means when it is the state itself that is the major criminal actor.

Although he doesn’t mention it, Moore could just as easily have tossed in the widespread believe in the supernatural, prevalent throughout much of Asia as another unique feature that needs to be factored into noir writing set outside the West. 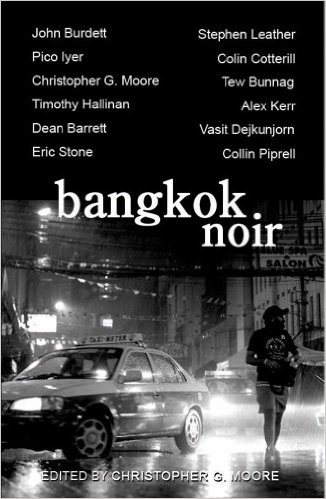 These are all interesting, thoughtful questions. But it’s Moore’s claim, if I’m reading him correctly, that he’s trying to pioneer a new form of noir, that I’m not sure stands up to scrutiny.

As he puts it, “The challenge of New Noir is for readers to imagine criminals as victims but the kind of victim that refuses to submit to dictatorship but goes down fighting.”

Going back to the US pulp writers of the thirties and forties, noir fiction has always focused on crimes of desire committed by people hemmed in by social and political conditions. Many of those writers, Goodis, Thompson, Brewer, and many of those that followed, sided with the down and out, those who are trapped and take hopeless actions to escape that trap, which ultimately fail.

There are certainly echoes of this tradition in Bangkok Noir, as there are in elements of Thai society: the ability of the powerful to act with impunity, the way members of the elite can be trapped by rigid cultural expectations in much the same way as the poor are trapped by economic structures.

It’s just that there’s not enough to justify using the term ‘noir’ in the title.

While all the 12 stories in Bangkok Noir are interesting, too many do not come close to being noir. That said there are some real gems.

‘Halfhead’ by Colin Cotterill is a down right nasty little tale of a bogus psychic employed by the local police to help them solve crime, and his relationship with his malevolent spirit guide.

For my money, Cotterill’s yarn comes the closest to pulling off a uniquely Thai take on noir, although ‘Gone East’ by John Burdett (known for his series of novels featuring the half-Thai cop Sonchai Jitpleecheep), which covers some similar ground, is also good.

The most classic ‘noir’ story is perhaps American crime writer Timothy Hallinan’s ‘Hansum Man’. This deals with a Vietnam vet once considered a ‘hansum man’ by the local bar girls, who comes back to Bangkok after many years away to find that a lot has changed, if indeed it was ever really the way he though it was.

Thai writer Tew Bunnag’s ‘The Mistress Wants Her Freedom’ is an interesting take on the plight of a mia noi, or mistress, who plots to get out of her cloistered  and incredibly boring relationship with a very wealthy and powerful industrialist.

Another highlight, Dean Barrett’s ‘Death of a Legend’ is a gritty story of an aging Thai hitman whose assignment to eliminate a famous rival takes an unexpected twist.

Moore is to be applauded for having the drive to start something interesting with lots of potential. Hopefully, if there are to be subsequent volumes in the series, they will live up to the noir heritage he is eager to be a part of.

Photo courtesy of German photographer Ralf Tooten, from his exhibition Bangkok Noir, held at the Goethe-Institut Bangkok in January this year.