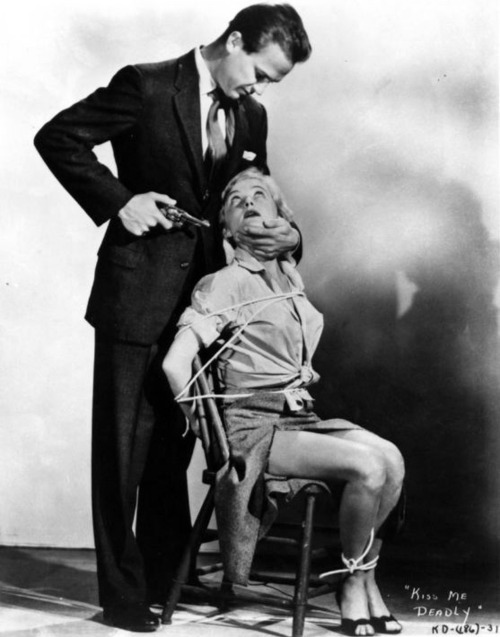 Christina: You’re angry with me, aren’t you? Sorry I nearly wrecked your pretty little car. I was just thinking how much you can tell about a person from such simple things. Your car, for instance.

Hammer: Now, what kind of a message does it send ya?

Christina: You have only one real lasting love. Hammer: Now who could that be? Christina: You. You’re one of those self-indulgent males who thinks about nothing but his clothes, his car, himself. Bet you do push-ups every morning just to keep your belly hard.

Hammer: You against good health or somethin’?

Christina: I could tolerate flabby muscles in a man who may be more friendly. You’re the kind of a person who never gives in a relationship – who only takes.

Meeker plays Hammer as sleazy, immoral bottom feeder whose speciality is divorce cases, a “bed room dick” as he is referred to as at one point.

His first response to any situation is almost always excessive force. He enjoys violence. Check out the grin on his face as he repeatedly slams the desk draw on the hand of the corrupt mortuary attendant, or the way he slaps the elderly man at the swimming pool  when the old guy doesn’t cough up the information he wants.

Parallel with Hammer’s tough guy exterior is a man gradually coming apart. Profoundly shaken by his brief encounter with Christina, his whole personality literally appears to unravel as he gets deeper and deeper into a case, the ramifications of which he can’t even begin to understand. “I don’t know,” is all he can mutter, when his cop friend, Lt Murphy, asks him whether he knows what he’s up against. 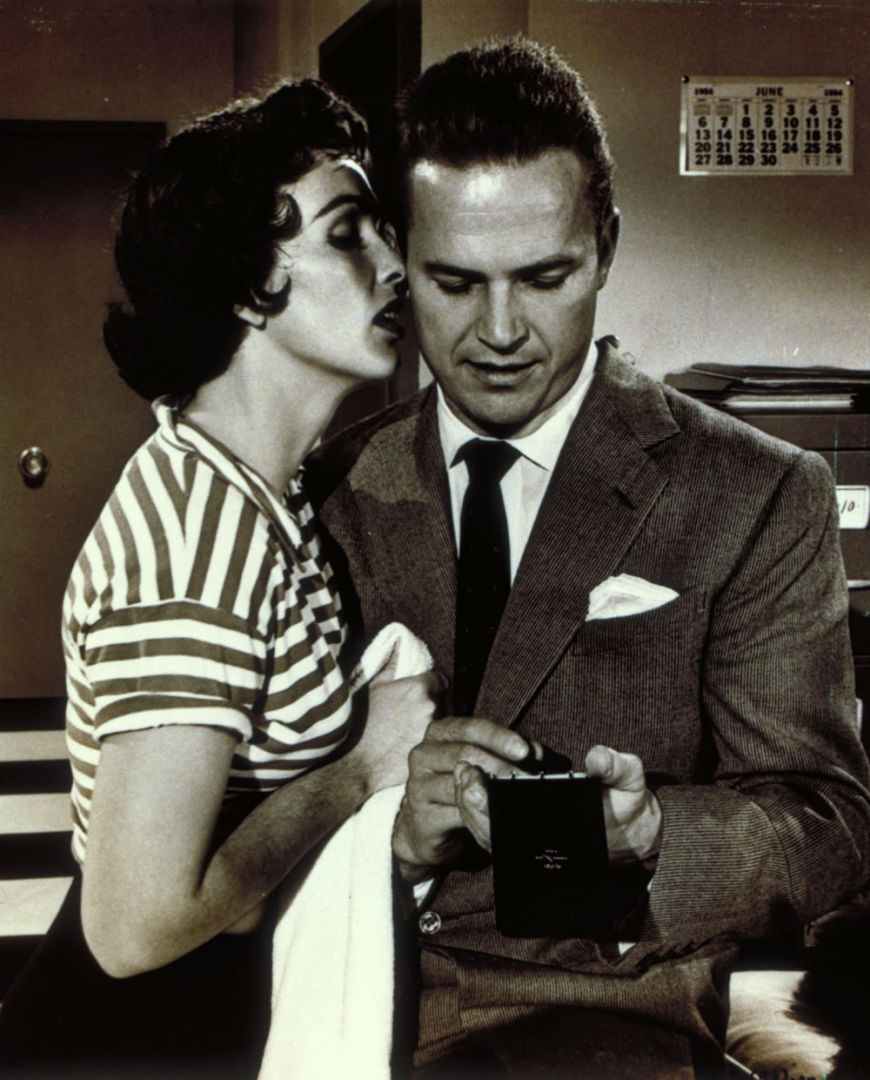 Zelda, his ballet dancing, highly intelligent Girl Friday, is one of the film’s highlights. She comes off as a better PI than he without the violence. That she’s largely wasted on Hammer is an understatement. They are lovers, but at the same time Hammer is more than happy to pimp her out if it’ll get him the information he needs.

There’s a fantastic supporting caste, chief among them Albert Dekker as Dr Soberin and Gaby Rodgers as Gabrielle/Lilly Carver. Jack Elam plays a hood, Strother Martin (“what we have here is a failure to communicate”) puts in a brief appearance, as does film noir regular Percy Helton as the mortuary attendant.

6. More happens off the screen than on

My most recent viewing of  the film made me realise just how much of the story takes place off the screen.

When Christina is tortured at the beginning, we see only her legs accompanied by her screams and a hand casually holding a pair of pliers. Ditto’s Hammer’s violent escape from the hoods who have drugged him and hold him prisoner takes place completely off screen.

But more fundamentally, most of the plot is unexplained or, at best, inferred. Where did the box come from and who is the mysterious, classics sprouting Dr Soberin? Who was Christina and why was she held against her will in an insane asylum? Why are the hoodlums involved? Kiss Me Deadly has more questions than answers, way more, and still works brilliantly.

As Zelda puts it: “They. A wonderful word. And who are they? They are the nameless ones who kill people for the great whatsit. Does it exist? Who cares.”

There’s an overwhelming sense of confusion and paranoia throughout the film. Not just the atmosphere of the Cold War and the red scare.

It’s one of cinema’s best known MacGuffins. We don’t know exactly what’s in the box, but whatever it is people are prepare to kill for it.

The final word goes to Dr Soberin as he dies from a gunshot wound to his chest: “Don’t open the box”.