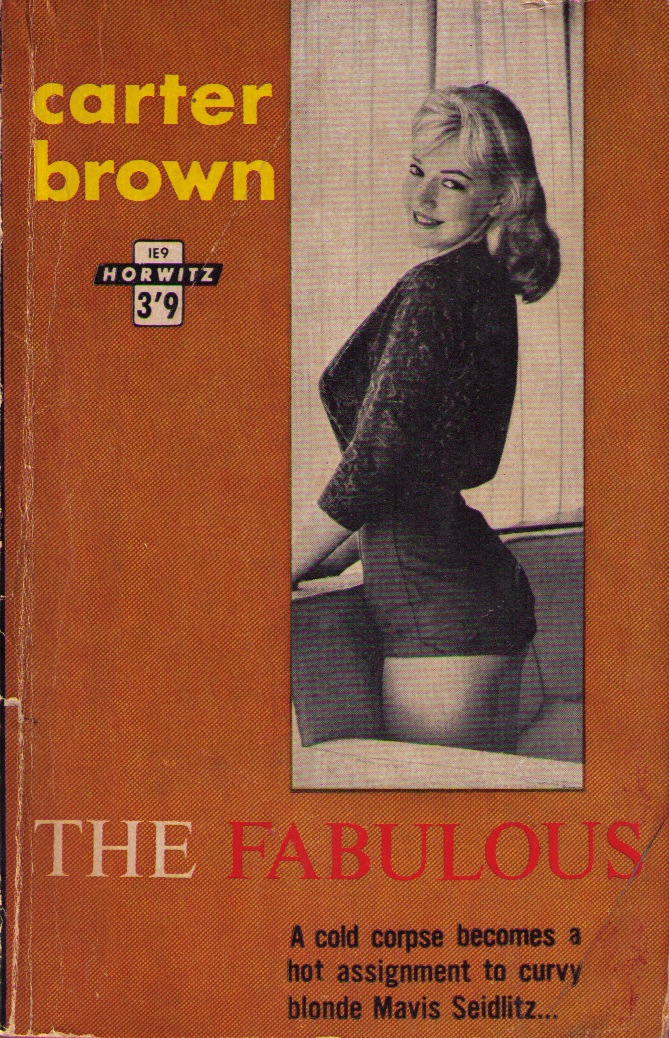 As was common practice on the part of Australian pulp writers in the fifties and sixties, all of his books were set in the United States.

The Fabulous (Horwitz, second edition, 1961) has a wonderful men’s magazine feel, with a black and white photo of what the publisher presumably hoped readers would associate with the key character, “curvy, crazy blonde investigator” Mavis Seidiltz.

As local pulp publishers moved into the late sixties, they often reverted back to photographic covers. The Deep Green Gold (Horwitz, 1968), another Wheeler story, is a typical example. The back cover blurb is great.

“She kicked off her sandals, threw off her halter, and unzipped her hipsters….

She gave me a slow, sensual smile,

‘All I ask, Al,” she murmured, “is a little protection in return.’

She fell into his arms at the motel. Called herself Tracy Tension. said her husband was a double dealing gambler in Vegas, and she was on the run. Wheeler had never seen her before. But he was ready to play her game – even though a killer held the cards. Sometimes Lt Wheeler is just too red-blooded for his own good.” 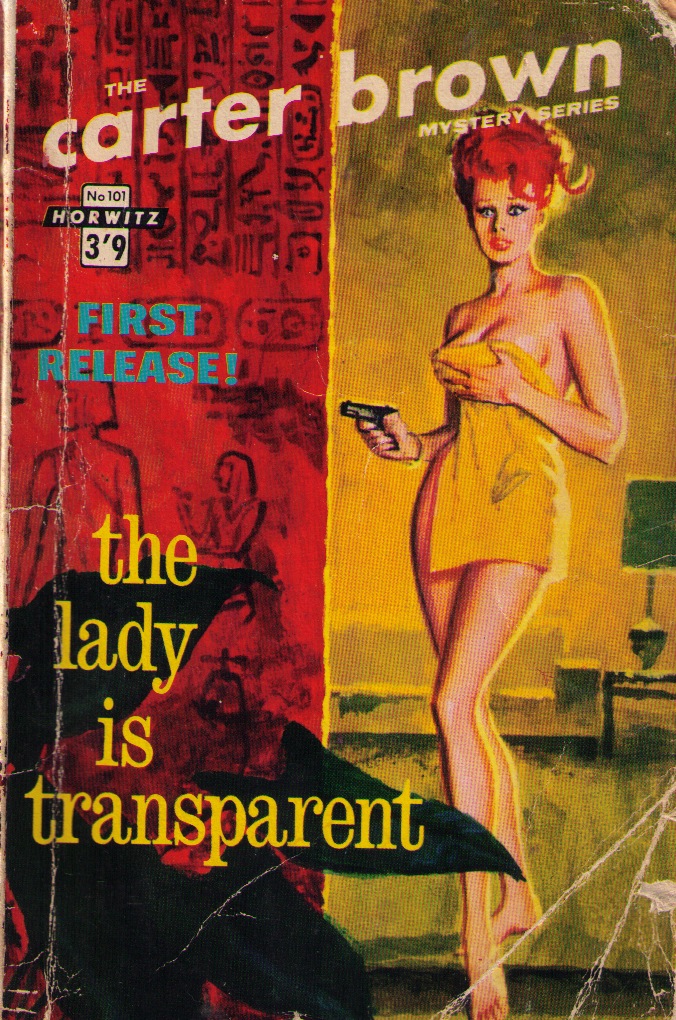 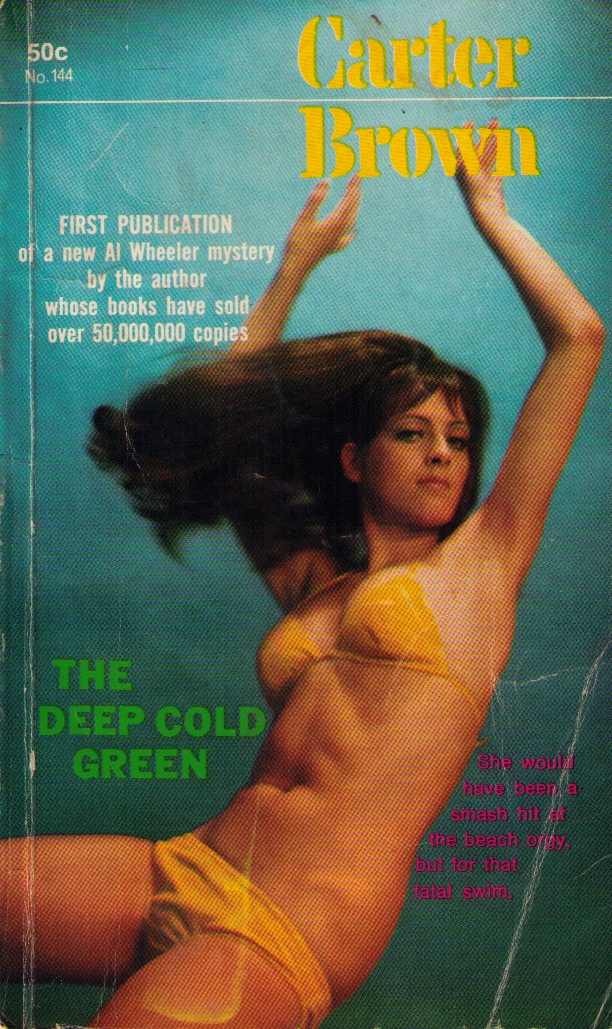