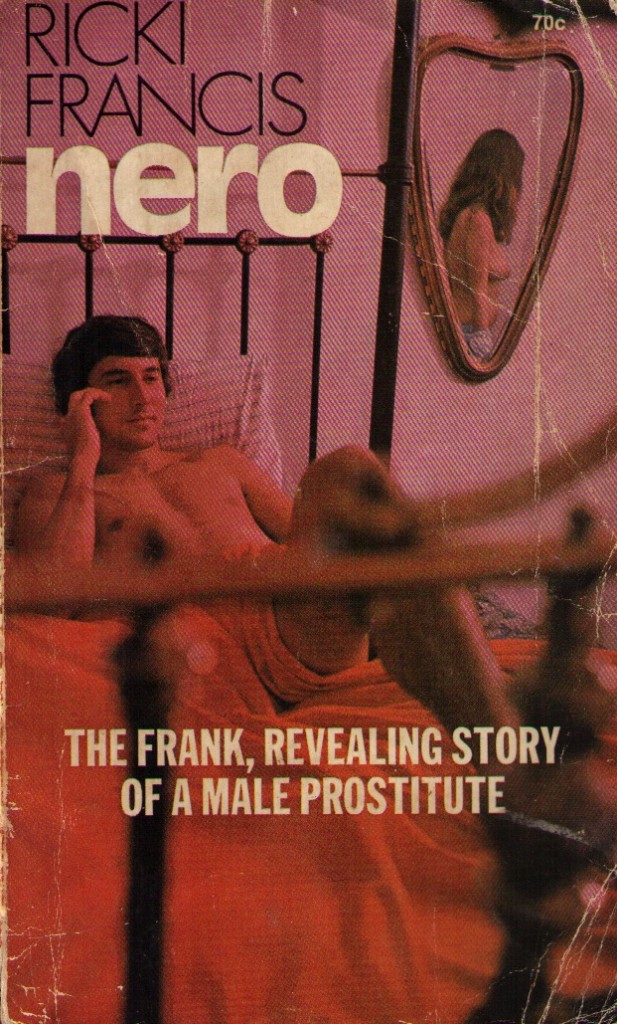 I don’t know who Rick Francis is, if indeed that’s his real name. But, if the other titles listed at the beginning of Nero are anything to go by, he did a damn fine line in paperback sleaze – The Butch Girls, The Sex Life of a Model, Innocents Behind Bars and The Bikies.

The back cover blurb of Nero is speaks for itself:

Nero was a male prostitute who enjoyed his work.

Men, women or neuter… he gave the maximum sexual satisfaction to any client with the money to pay. Sydney’s top male stud and he was heading for international fame. In the peculiar world of prostitution Nero was a star, different a gentleman, but with a pleasure gift that made women scream with pleasure, delirious with excitement.”

And check out Hip Pocket Sleaze, available here. It’s a must have resource for any serious pulp fiction fan.