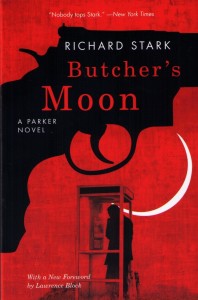 First released in 1974, Butcher’s Moon was the last Parker book before Westlake took a 23-year rest from the character. It takes Parker back to the familiar territory of his earlier books The Hunter and The Outfit, hot on the trail of money owed him by the mob. A failed heist sends Parker to an amusement park where he stashed $73,000 during a previous caper several years earlier. Parker enlists the help of his only friend, another thief called Grofield. Little do they suspect but they have just walked into the middle of a civil war between two rival organized crime factions.

Possibly the best Parker book written and that’s saying something. 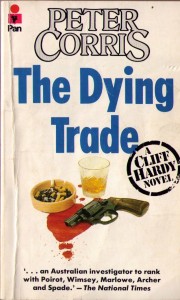 A former insurance claims investigator, Hardy is hired by a shifty property developer to discover who’s behind harassing phone calls to the man’s sister. It’s a violent, hard-boiled mystery, the apparent simplicity of the case inverse to the reality of what’s really occurring. No sooner has Hardy taken his first beating than the secrets of the developer’s rich and powerful family come tumbling out.

Corris’s geographic and cultural map of Sydney is keenly informed by a very Australian, perhaps pre-economic deregulation sense of class. Hardy may bump up against pimps, thieves, con men and murderers, but in the bigger picture he knows their deeds are small-beer compared to the crimes of the rich.

3. Manifesto of the Dead – Domenic Stansberry (The Permanent Press) 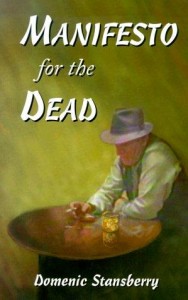 This year I discovered Domenic Stansberry. Manifesto of the Dead is a noir story that takes as its main character the late crime novelist Jim Thompson. At the end of his career, short on cash and mired in alcoholism, Thompson takes a script writing job he hopes could be his one last shot at fame. Instead, he finds himself being framed for the murder of a young starlet.

Stansberry’s writing is fantastic, as is his noir sensibility, sense of history and ability to convey Los Angele’s cultural and physical geography.

2. The End of Everything – Megan Abbott (Picador)

Is there anything Megan Abbott can’t do brilliantly? First she writes a string of historical noir novels set in the forties and fifties with women as the main characters. Then she writes The End of Everything, a deceptively simple book about two 13 year-old girls, Lizzie and Evie, coming of age in a nameless suburb in seventies Middle America. 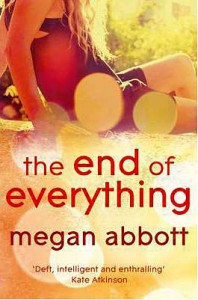 One night Evie goes missing. Has she run away or was she taken? The police have nothing to go on as rumours spread like wildfire. What does Lizzie know? A hell of a lot more than she realises. Abbott’s jump into the territory of suburban teen angst could have delivered a simple Virgin Suicides-type tale. Instead, it is something much darker and confronting.

Abbott’s also a master of allowing class, sex and social observation to collide in a way that does not take away from the precision of her plot and characters.

If the Irish are taking over crime fiction, McKinty is leading the charge. The central character of Falling Glass is Killian, a tough as nails Tinker criminal. His ambition to go straight has been derailed by the Irish economic crisis and, 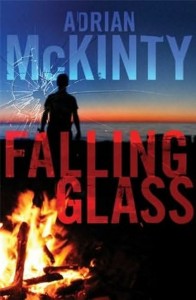 reluctantly, he’s back to doing other people’s illegal dirty work. A rich Irish airline executive hires him to find an ex-wife who has fled with the businessman’s two kids. While it seems like a straight out missing person case, of course it’s a lot more. In particular, there’s the matter of the lap top she carrying with her, the only thing apart from her children she won’t let out of her sight.

The prose in Falling Glass is razor sharp. His scene of character and place is finally rendered with a minimum of words. Nothing feels stretched or overplayed. Roll on 2012, when his next book, The Cold, Cold Ground is released.