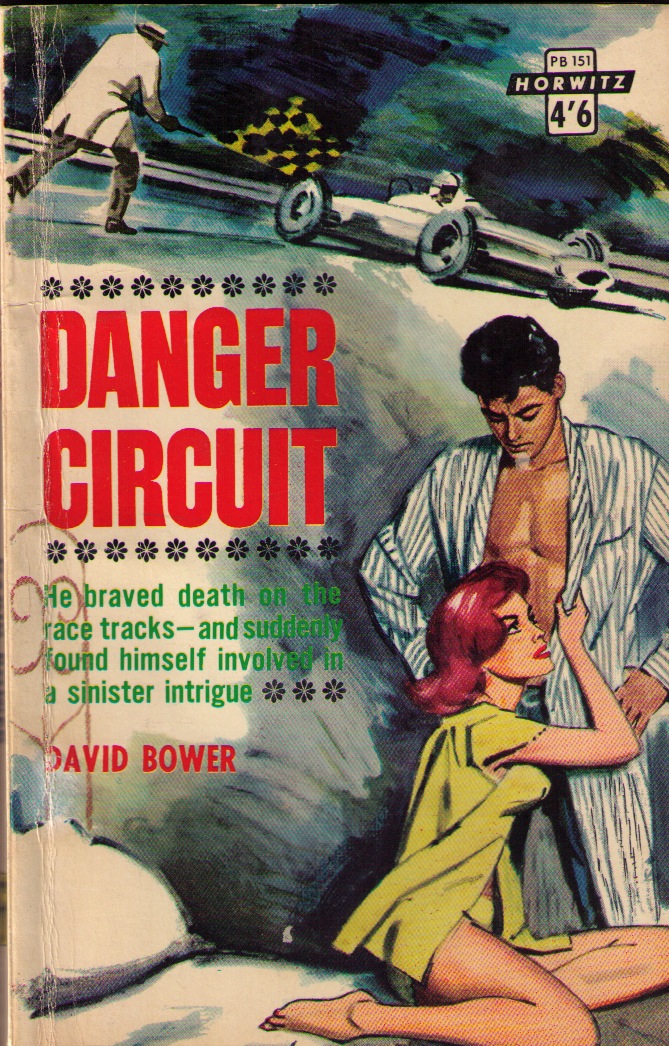 “He braved death on the race tracks – and suddenly found himself involved in a sinister intrigue.”

Welcome to the first Pulp Friday for 2012. I will be trying to make this a regular feature on my blog but due to other commitments, particularly other writing commitments, I can’t promise I’ll make it every Friday.

Released by Australia’s premier pulp publisher, Horwitz, in 1963, it’s the story of Phoenix Palmer, a career racing car driver. He gets invited to race in the famed Indianopolis and ends up ensared in a web of intrigue and murder.

The back blurb is short and to the point.

“Tough racing driver Phoenix Palmer met the beautiful blonde at the same time as he accepted the offer to drive the streamlined new Aquila.

But the thrill of excitement soon changed to chilling horror, as he realised too late that he’d been ensnared in a ruthless intrigue….”