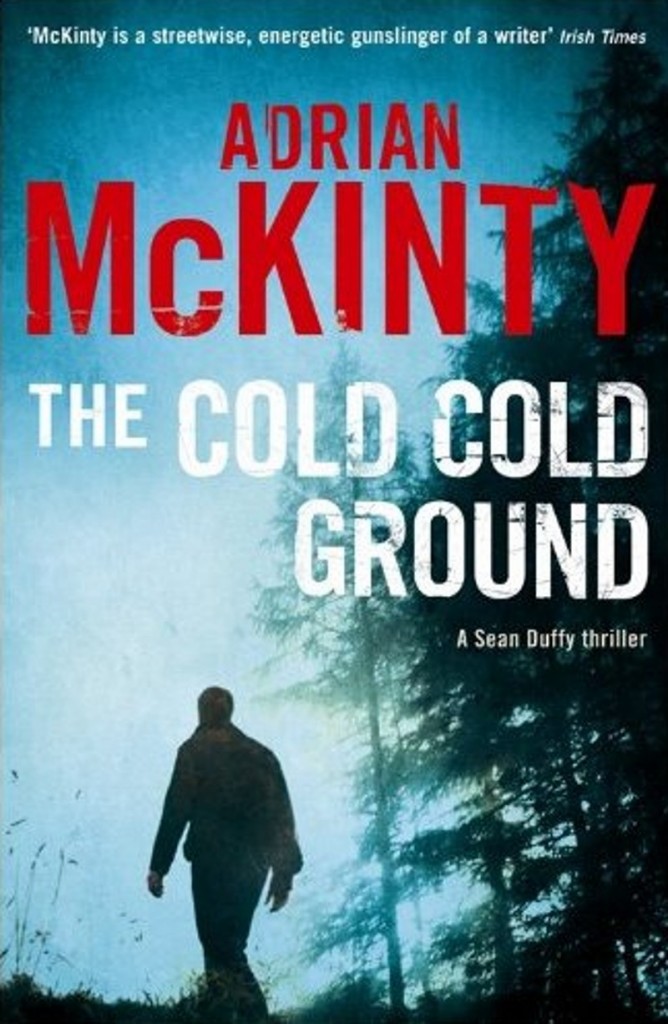 As if it’s not bad enough that Duffy has to start every day checking under his car for IRA bombs, the economy is collapsing and civil war seems imminent following the death of Republican hunger striker Bobby Sands.

A body is found in a burnt out car. That’s nothing unusual except it’s got someone else’s right arm, suggesting there’s more than one victim. When another body is found, it appears a serial killer is on the loose. With police resources stretched to the limit, Duffy is given the case.

Things become even more complicated when a young woman, the wife of an IRA hunger striker, is found hung in a forest. Was it suicide or murder? Duffy’s gut tells him there’s a connection between the two cases.

The Cold Cold Ground is a white-knuckle ride through Ireland’s Catholic-Protestant conflict. In addition to murderous Protestant paramilitaries and the highest levels of the Irish republican movement, the story traverses abortion, homophobia, racism, every open sore in North Ireland’s history.

Growing up in the late seventies and early eighties I vividly remember the black and white images of conflict that seemed to appear on our television screen on an almost nightly basis. McKinty’s ability to recreate the sense of bleakness and dread that must have charaterised those times, often in just a few sentences, is second to none.

“Darkest Ulster in the Year of our Lord 1981: rain on the gable, helicopters flying over the lough, a riot reduced to the occasional rumble….”

Or this passage about when Duffy has to attend a funeral in Belfast:

“Rows of neat, well tended graves, gravel paths, trees. Signs of trouble already over the Lagan in the west and north of the city. Smoke curling over a dozen hijacked cars. Army helicopters hovering over potential foci and already that atmosphere that you only ever find in cities on the brink.”

The Cold Cold Ground is the first of three book series featuring Duffy. Given McKinty’s recent criticism of most crime fiction series as sterile and predictable, it’ll be interesting to see where he takes Duffy from here.

If McKinty’s previous form is any indication there’s little doubt he’s got the skill to keep us guessing.

Adrian McKinty will be reading a the launch of Crime Factory Publications, March 5 is Grumpy’s Green, 125 Smith Street, Fitzroy. Kick off is 7pm, with readings starting around 8pm. Entry is free but you’ll have to pay for the books and booze.