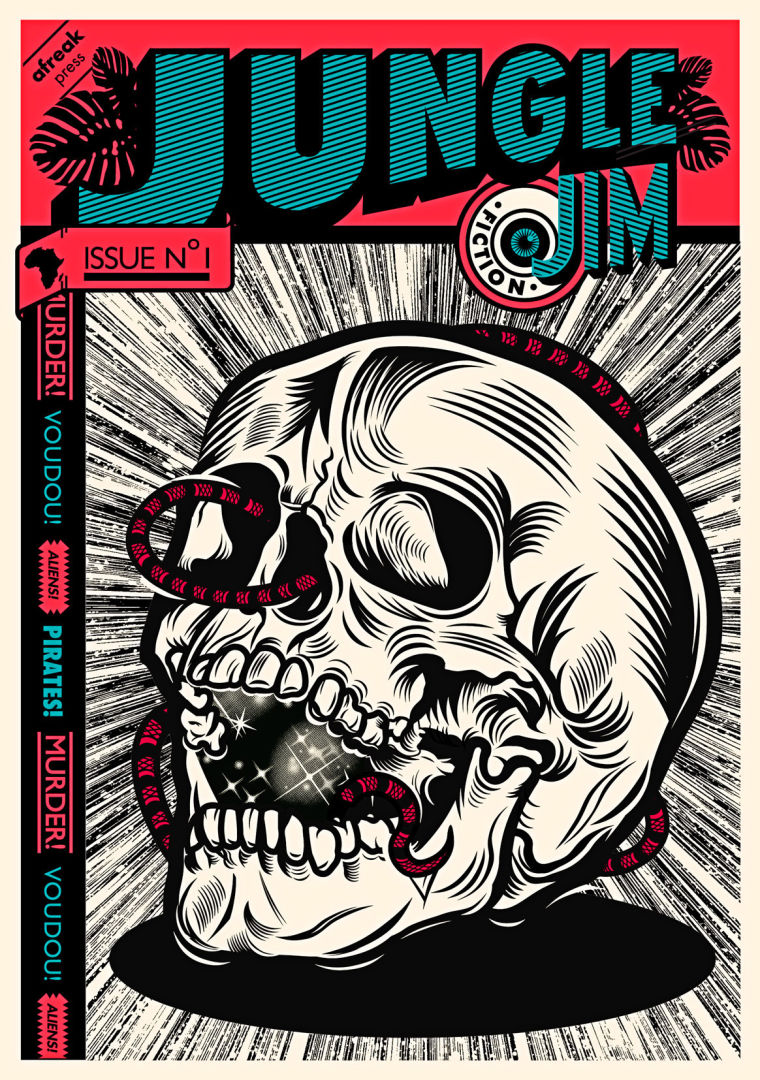 ‘The End When It Comes’ by Werner Pretorius (issue 5), concerns a waitress in the tiny town of Kaiser Bay who picks up a drifter who is much more than he seems. Apocalyptically so.

Constance Myburgh’s tale, ‘Hunter Emmanuel’ (issue 6) is about a logger who finds a severed women’s leg hanging from a tree in the forest he is cutting down. The discovery propels him on a mission to find the owner of the leg and why it was cut off.

‘Assassin’ (issue 7) is by a Nigerian writer called Tosin Otitoju and is a fantastic take on the changing nature of corruption and violence in post-dictatorship Nigeria.

‘Baboon War’ (issue 7) is a sort of bizarre horror/young adult fiction tale about group of schoolgirls who get attacked by baboons on their way to school each day.

A terrifying story carried over issues 7 and 8, ‘Punishment and Crime’ looks at the horrific exploits of a Cape Town gang member called Punishment. This one’s not for the faint hearted.

Issue 8 also has an unsettling little tale entitled ‘The Island’ by a Cape Town based writer called Dion Loubser, which concerns the supernatural goings on on a prison island.

That’s enough to give you a flavour.

It’s great to see a group of artists and writers who are doing something totally different from a lot of the other short crime fiction mags that are starting up, as well as publishing great fiction from a part of world we don’t hear enough about.

The actual format the mag comes in is great, too. There are instructions on how to open it on their website.

The site also contains a wonderful collection of images from what looks like South African pulp fiction from the sixties and seventies. The Afrikaner pulp mag featuring Rocco de Wet and his Kalishnakov wielding girl friend gets my vote as the best pic.