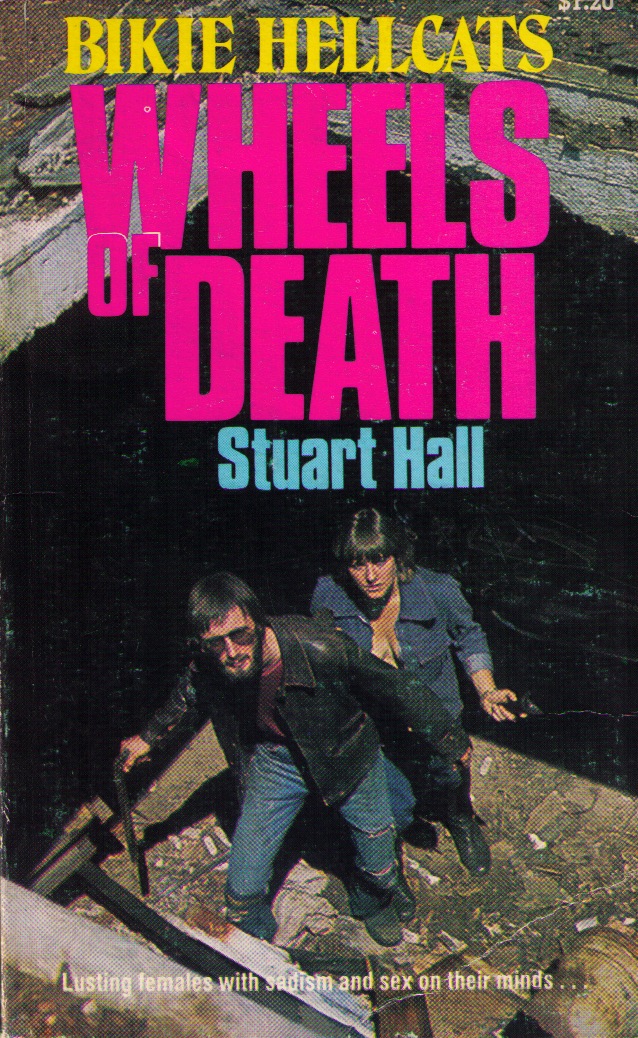 In addition to writing about the denim clad male members of these bikie gangs, Hall devoted considerable attention to the women (or ‘birds’ as women were often referred to in popular working class Australian slang) who rode with them, characters every bit as sexually loose and violent as their male counterparts.

Blood Circus was written by Thomas K. Fitzpatrick and published by Fawcett Gold Medal Books in 1968. Trying cash in on the success of Thompson’s Hells Angels, it concerns a rookie LAPD officer given the job of infiltrating a sadistic Californian biker gang known as “the Beasts”.

Published in 1973, Alex R Stuart’s The Devils Rider fused outlaw bikers with supernatural themes against the backdrop a Great Britain on the brink of complete social collapse. The key characters are Sam, the Satanic leader of a biker gang called the Sons of Baal, and Johnny, a young drop out who joins the them.

The blurb on the back of The Devil’s Rider reads: “The moon gleams ivory through the wisps of cloud. Shovels and pickaxes are strapped to the bikes, like Sam insisted. For what? Digging their own graves? Sam wouldn’t say. The whole trip’s weird.”

Angels on My Mind (1974), also published by New English Library, was the final in a series of four books by Mick Norman about the exploits of the “Hell’s Angels”, a biker gang that “delight in perverting the ‘normal’ way of life and turn their backs on the rest of society… But for those who get in their way, and won’t let them have what they want, they have only one answer – violence.”

John Harrison’s Hip Pocket Sleaze, a book I’ve mentioned several times on this site and one of the best guides I’ve found pulp fiction in the sixties and seventies, contains a lot more information about biker pulp, including an interview with J.D. Norman son of the late NEL editor and bike paperback author, Mick Norman. 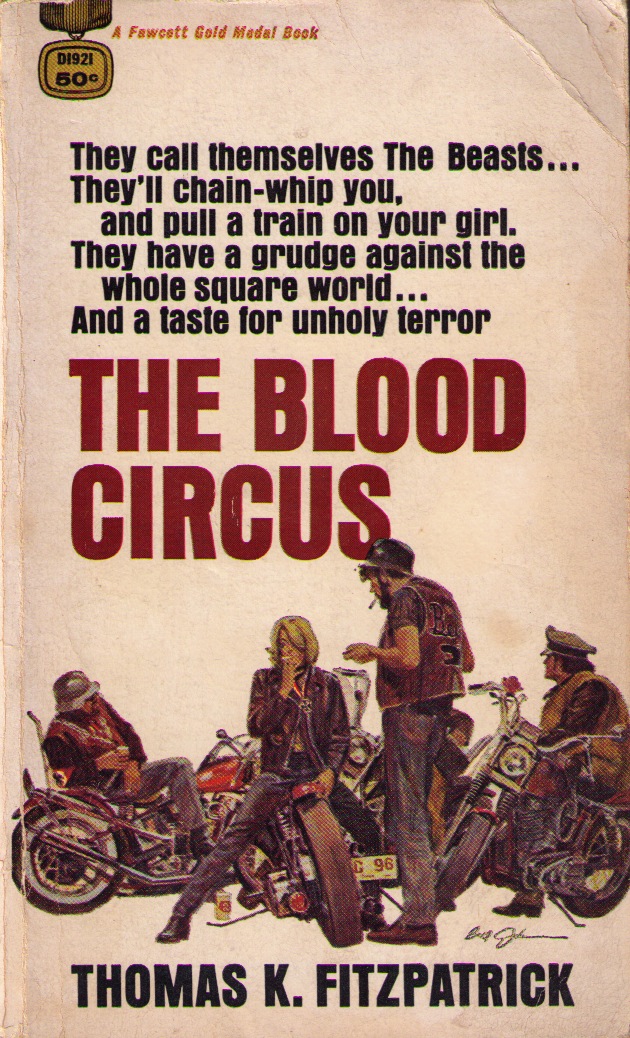 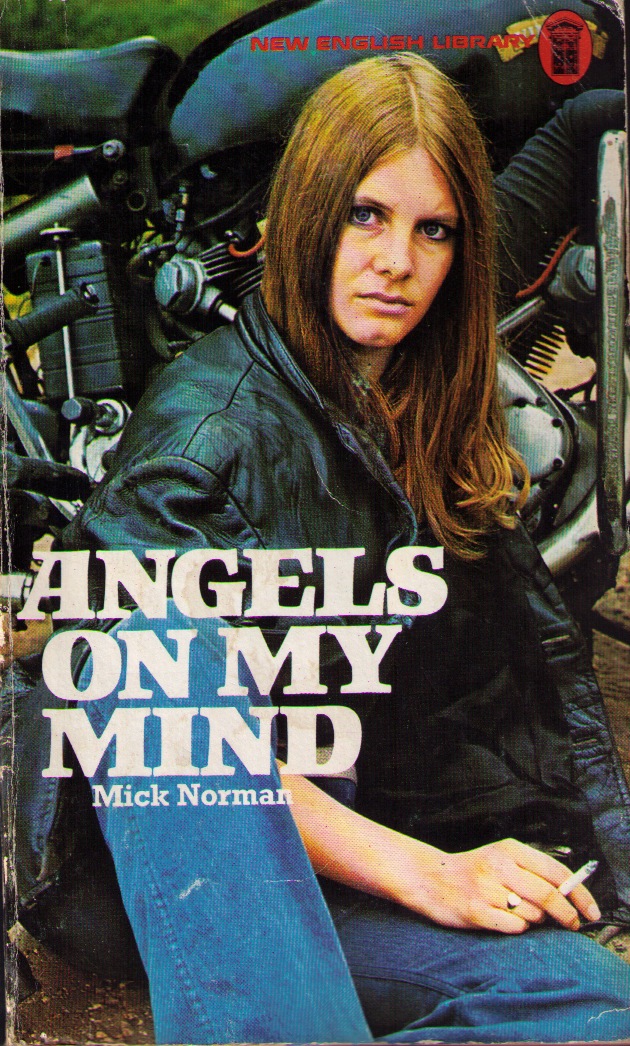 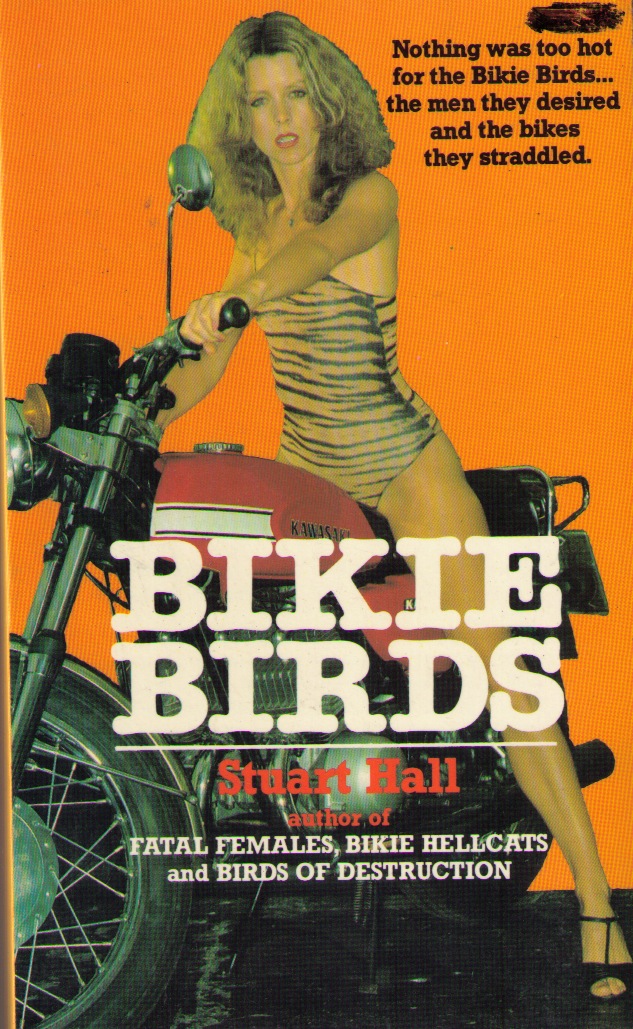 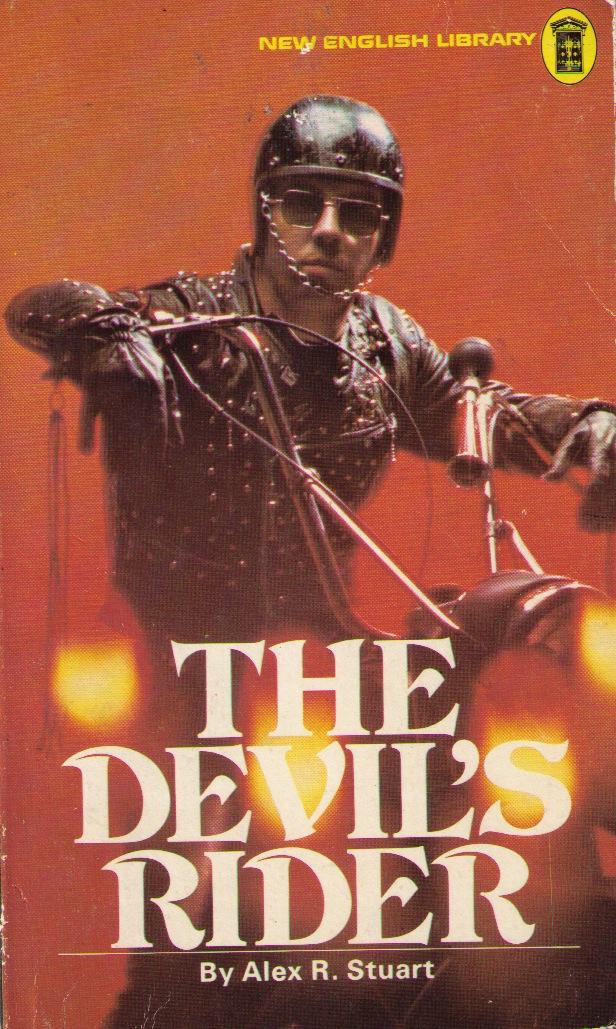