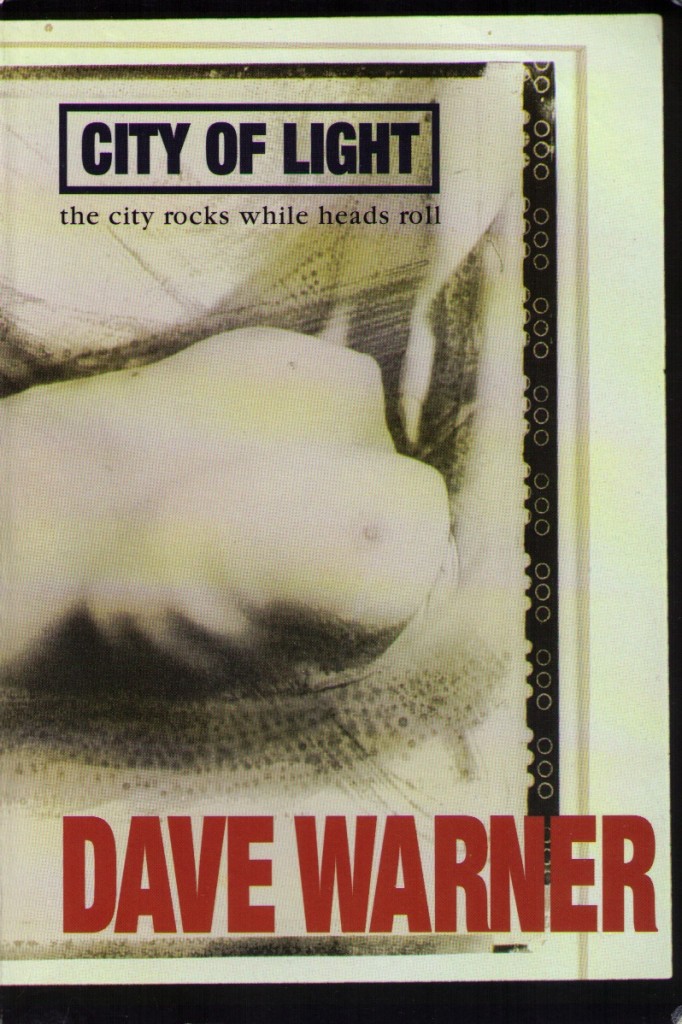 The main character of City of Light is Snowy Lane, a young police constable and amateur footballer, working in suburban Perth in the late- seventies, who gets swept up in the investigation into a string of murders of young women by a serial killer dubbed ‘Mr Gruesome’. The investigation not only changes his life, it ultimately entangles him in the political and financial corruption and excess that marked eighties Perth.

The book is split into three sections. The first, which deals with the Mr Gruesome killings, also introduces us to the cast characters including bent cops, crooked real estate dealers and aspiring politicians. A local man is arrested for the killings, but Snowy is certain it’s the wrong man, a hunch he’s unable to play out when the suspect commits suicide in jail.

By part two the action has moved to 1986. Haunted by what he knows is his failure to catch the real killer, Snowy has left the police and is now working as an ambulance chasing private investigator.

Part three is set in 1988. As the corruption of Perth’s elite moves into overdrive, a serial killer is again striking at women. Is it a copycat or has the real Mr Gruesome returned?

City of Blood is a wonderful crime yarn that weaves aspects of a good solid police procedural with a sweeping overview of the under belly of the city’s history that reminded me of aspects of Ellroy’s LA quartet.

Australian readers may remember the WA Inc political scandal that rocked Western Australia in the late eighties. Basically, the state Labor government, having been out of office for a long time, engaged in a series of business dealings with free wheeling businessmen, which resulted in the loss of an estimated $600 million in public money and the destruction of a number of corporations.

Warner covers that and more, including an insightful examination of the city’s changing religious and class demographics and how this influenced shifts in the State’s political and economic power.

It’s a bit over written in parts, and some of the colour is applied a little too thickly, but otherwise City of Light is a pretty impressive performance by a man who was obviously a fly on the wall for some of the seedier moments of the city’s history.

With the exception of West Australian writer David Whish Wilson’s excellent book, Line of Sight, and Andrew McGahan’s Last Drinks, set in Queensland in the seventies and eighties, I can’t think of another Australian crime novel like City of Light.

City of Light is available through Freemantle Press.