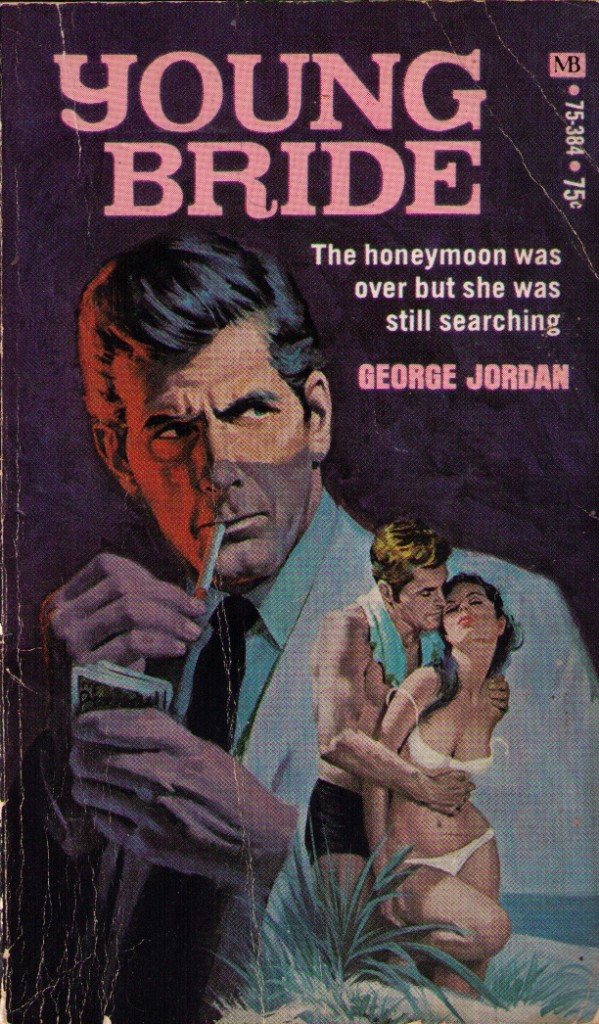 New Pulp is about pace. Not just in terms of plotting but the speed with which it’s written. That feeds into stuff I’ve been hearing about the changing metabolism of genre writing, that to be successful at it writers need to be pumping out at least a book a year, preferably two.

New Pulp writers have got to be active on social media and blogs “building audience, making noise, being seen”, as Walter put it.

New Pulp writers are mostly working stiffs, writing to make a living, a riff that plugs into the blue collar tradition of pulp fiction, of writers who belted out words for pretty much anyone in order to make a dollar.

New Pulp is about mixing genres and historical periods and anything else one can think of. Superheroes fighting vampires. Post-apocalyptic noir. That kind of thing.

New Pulp owes a lot to the Internet and the way electronic publishing is allowing indie publishers to release interesting genre fiction that mainstream publishers by and large won’t touch because it’s not commercially viable (no slap down to commercial publishing intended, it’s just a statement of fact).

I don’t disagree with any of this. But I’ve got to be honest and say I don’t really see anything particularly new about it either.

Earlier this year I read a 1973 New English Library paperback called The Devils Riders by Alex R Stuart. It was a supernatural outlaw biker story set in a futuristic Great Britain on the brink of complete social collapse. The key character was the Satanic leader of a biker gang called the Sons of Baal, and Johnny, a young drop out who joins the them. Seems to me that’s New Pulp but it’s old.

Indeed, there’s even a neat historical connection between the Internet-based nature of most New pulp and the heyday of Old Pulp. As one particularly perceptive comment put it: “Pulp received its name because the books weren’t (supposedly) worth more than the paper on which they were printed… Now books are not made of pulp any more. It’s just bytes. And Bytes are worth close to nothing.”

If people want to use New Pulp as a marketing pitch or as definitional point that’s totally legitimate and cool with me. But let’s all be more careful how we mobilise and define pulp history.

Which brings me to Fifty Shades of Grey.

With the exception of dipping into a few select passages, I haven’t read Fifty Shades and don’t intend to. I’m not making a political point here. I just don’t have the time. Although personally, I’m not all moved by all the debate around the politics of Fifty Shades. I remember when a similar debate around Brett Easton Ellis’s American Pyscho and countless other books before that.

I’m not surprised by the degree of scorn heaped on Fifty Shades by sections of the literary establishment. But I’ve been intrigued by the criticisms from within the genre community. To me, all this shows just how far we’ve drifted from our real pulp roots and why knowing our pulp history is important.

The hey-day of Old Pulp was the late forties, fifties and sixties. But read a lot of the commentary around the phenomena of New Pulp and you’d be forgiven for thinking pulp just faded away after that and didn’t return until the early part of last decade. Old Pulp kicked around in the early seventies, then mutated into a number of strands.

There was the bizarre, genre and plot bending science fiction/fantasy of Michael Moorcock and the straight out futuristic pulp of Harry Harrison.

Another direction is the crazy, over the top pulp fiction of the eighties. A time when titles such as Penetrator, The Liquidator, Death Merchant, Black Samurai and The Executioner rubbed muscular shoulders with each other on the pulp paperback rack of the local news agency. Rampant crime, post-apocalyptic society, communist invasions of America and secret organisations dedicated to overthrowing Western civilisation were the order of the day.

Another group of authors (Harold Robbins, Arthur Haily and a host of lesser-known names) mined the rich seam of sex and sleaze pulp of the late fifties and sixties. When I was growing up in suburban Melbourne in the late seventies and early eighties, my parent’s bookshelves were full of this stuff, averagely written, sensationalist stories about the excesses of power hungry corporate execs and international jet setters that absolutely oozed low rent, steamy sex.

Whether Erika Leonard, AKA E L James is aware of it or not, what she’s written feeds into this history. That doesn’t mean we have to like it, but I think it’s important to recognize its historical roots.

Pulp, however you want to define it is a pretty broad church, and there’s a lot less separating the new and the old than perhaps we like to think.