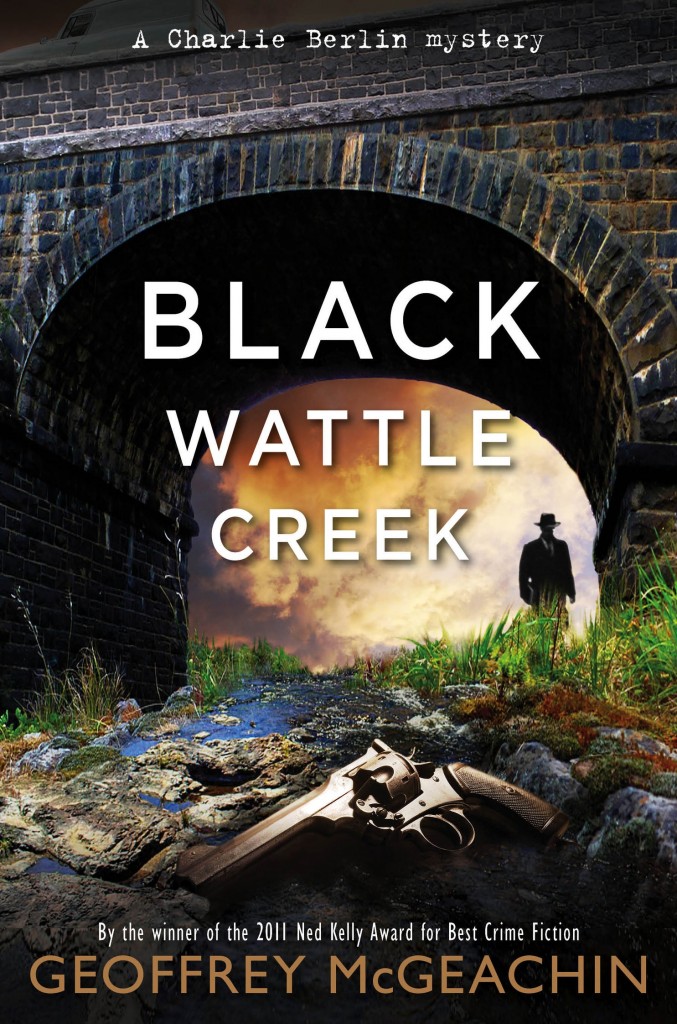 His off the books investigation leads to a dodgy funeral parlour and to Black Wattle Creek, a former asylum for the criminally insane. When his off sider on the force is beaten and left for dead and Berlin is warned off his inquiries by a couple of thuggish Special Branch cops, we assume it is connected to whatever is going on at Black Wattle.

Historical crime fiction is big in Australia at the moment, and this book starts off as a relatively typical example of the sub genre. There’s an engaging larrikin character, who won’t take no for an answer and is determined to find out the truth even if it means jeopardising his police career. There are some shady characters, a bit of biff. Add to that a dollop of period detail, at times layered on a bit too heavily.

But just when I started to lose interest, McGeachin flips the story on its head, creating something genuinely dark and unsettling involving the Cold War and Australia’s shameful subservience in allowing Britain to use us a nuclear testing ground in the fifties. It’s like a red rag to Berlin, still smarting from Britain’s treatment of Australia during World War Two. London more or less cut Australia adrift after Japanese took Singapore in 1941 and our war time Prime Minister john Curtin defying Churchill who tried to stop Australian troops returning from the Middle East to defend Australia.

Another layer to the atmosphere of menace is the lingering trauma of Berlin’s wartime experience. He flew Lancaster bombers over the night skies of Germany and was the only survivor when his plane was shot down. The events leading up to this and his subsequent stint in a German POW camp are told in a series of remarkably effective flashbacks. They further mark Berlin out as not your average plod.

I’ll be interested to know where McGeachin takes Berlin next.