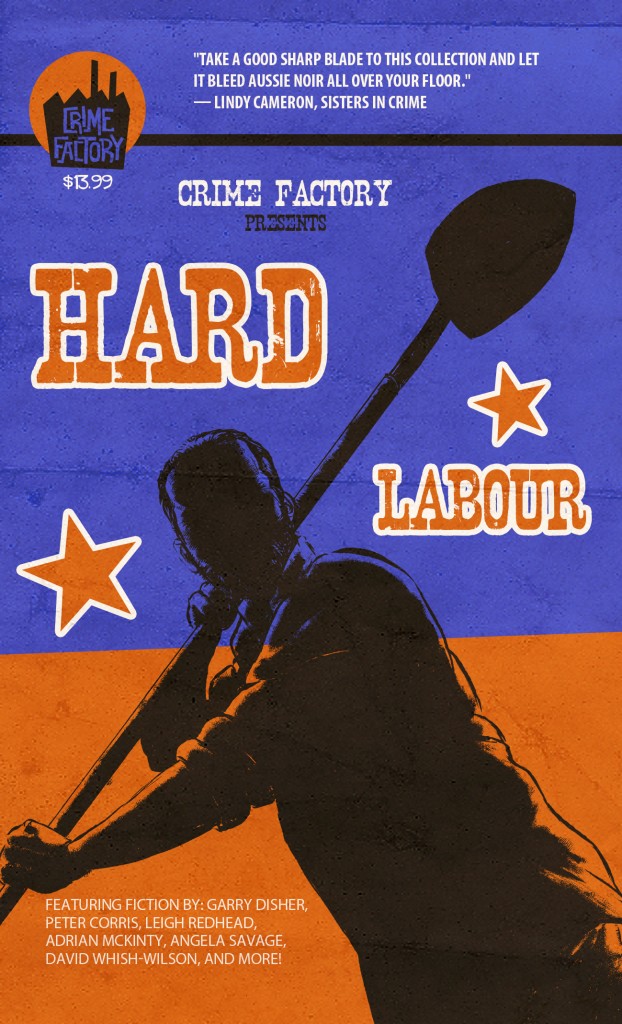 Here it is people, the cover of Crime Factory’s all-Australian anthology, Hard Labour, edited by Cameron Ashley, Liam Jose and myself.

It’s by the same artist who did the cover art work for the Australian version of the First Shift anthology we launched earlier this year, the very talented, Erik Lundy.

We are welcoming this beauty into the world October 8 at Grumpy’s Green in Collingwood. We promise you a great night. A number of the authors will be reading from their Hard Labour stories, drinks will be available at the bar and, of course, you’ll be able to buy a copy of Hard Labour. Doors open 7pm, with readings beginning sometime around 8pm.

And if that’s not enough, our special guest on the night will be Iain McIntyre, author of Sticking it to the Man: Pop, Protest and Black Fiction of the Counterculture, 1964-75, out through The Leda Tape Organisation. Copies of the book will also be on sale and Iain will be giving a little tour through the lava lamp lit streets of counter cultural pulp fiction.

It’s a bargain for crime fiction this good. If you’re not convinced caste your eyes over the full line up of authors.

Garry Disher (his first ever Wyatt story, unpublished for over a decade)

That’s a seriously good line up of talent.

So come along on October 8, have a great time and support independent publishing and good crime fiction while you’re doing it.