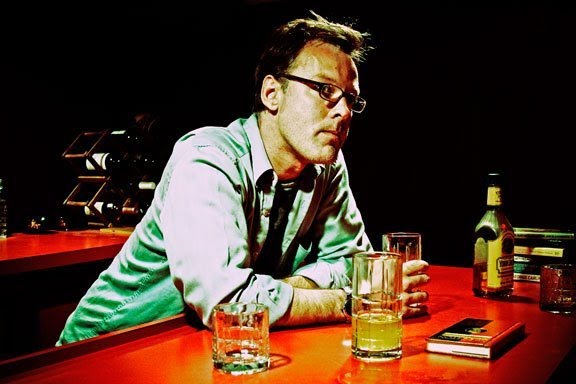 It’s not the first time Lowrance has appeared on Pulp Curry. I reviewed his debut novel The Bastard Hand on this site last year. Lowrance writes across a number of genres, including crime fiction and Westerns. He’s one of those writers who combine the knack for telling a good hard boiled with excellent writing.

City of Heretics is definitely on my to read list.

Take it away, Heath. 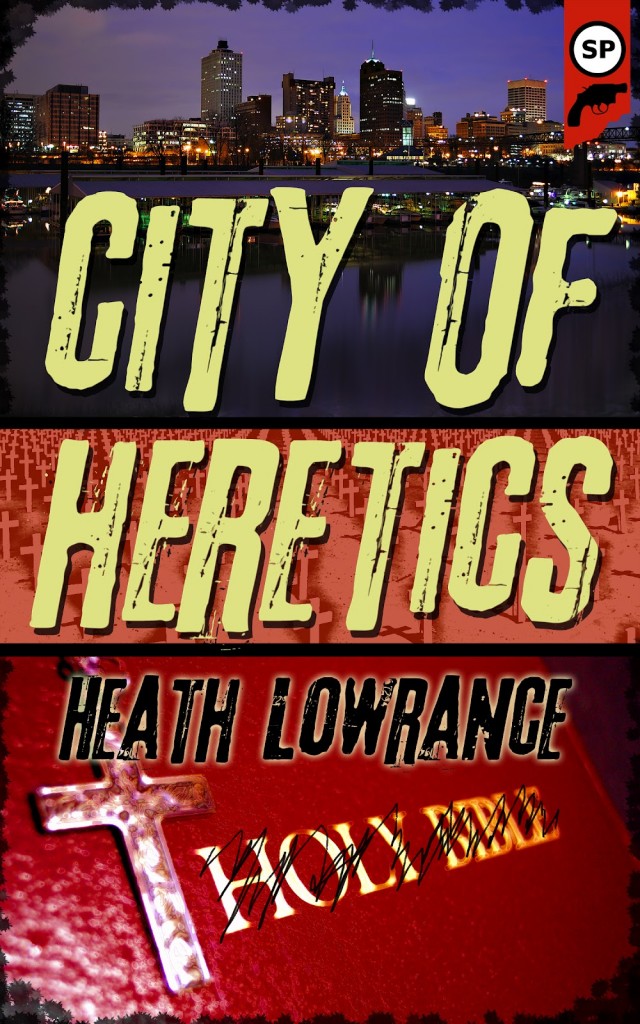 It’s been a few years since I first saw the movie Get Carter. I’m talking about the original version, with Michael Caine (and it’s kind of sad that I feel I have to point that out). Seeing that movie marked the beginning of my man-crush on Caine. I watched it again just recently, this time paying very close attention to the subtleties of his performance in it, and realized that it had influenced my work far more than I was aware of.

The story of Get Carter, in a nutshell: Carter, a hard man from London, comes back to Newcastle after learning that his brother there died in a car accident. But there’s something fishy about it, and Carter takes it upon himself to find out exactly what happened. Along the way, he clashes with all manner of seedy underworld types, displays a remarkable capacity for violence, and cuts a swath of destruction through the dark streets and back-alleys in his quest to discover the truth.

There are some parallels. In my novel, aging hard man Crowe is back in Memphis after seven years in the joint, burning with a desire to even the score against his former mob employers. He has half a plan, although the reader isn’t really privy to it. Before he can put it in motion, though, he’s caught up on the trail of a serial killer—and that trail leads him to the church doorsteps of a blood-thirsty secret society of killers, masquerading as a Christian splinter-group.

So, yeah, the concept deviates wildly from Get Carter, I know. But the starting point is the same. And even though the path of City of Heretics veers wildly into bizarre terrain, it always has one eye on the simple path of many dark crime novels: the path that leads to the truth and a bloody conclusion.

Michael Caine’s portrayal of Carter is a classic example of under-statement and control. Carter is a violent pragmatist, rarely distracted from the job he’s there to do. He is smart and resourceful and cynical. He doesn’t talk much, but when he does it’s usually a witty, incisive comment that bears no reply. He’s all business.

Crowe, in City of Heretics, is similar. If anything, he’s even more taciturn than Carter. He doesn’t engage in small talk—if he’s speaking at all, it’s to a purpose. He doesn’t threaten. If violence needs to be done, he just does it and moves on.

In fact, Crowe is what Carter might’ve aged into, twenty years on.
I wasn’t thinking about any of this when I wrote City of Heretics, not on any conscious level. None of it occurred to me until I re-watched Get Carter not long ago, after I’d written the novel. And I came away from it realizing how much of Carter I’d channeled into Crowe, and how the basic skeleton of that movie resembled City of Heretics.

So thanks, Michael Caine, and Ted Lewis (who wrote the novel Get Carter is based on, Jack’s Return Home), for the template. I owe you one.

City of Heretics is available here.