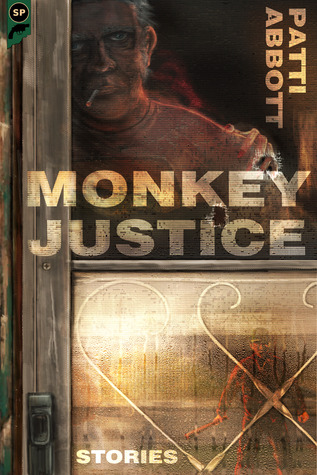 I began writing poetry (as an older student) in a college class in the mid 1990s. The class was ideal for me since I harboured such ambitions. I was  lucky to have a supportive instructor and I managed to publish a couple dozen poems in small literary journals. But editors would often send a note saying that my story was overly narrative and had I ever tried my hand at short story writing? And indeed, those poems were practically outlines for stories and the first stories almost wrote themselves.

I published sixteen short stories in small literary journals, each one seemingly sent off into the world to fend for itself in anonymity. Did anyone but the writers ever read these little journals? I was never sure.

Then a few of the literary magazines I’d submitted stories to began to say things like, you know this is really a crime story and this is the wrong market for crime stories. So once again I began to hunt around and found mostly online sites that published crime stories. My first one was accepted by Sarah Weinman, then at Shots, in April 2006. Early stories followed in Demolition, Shred of Evidence, Spinetinger Magazine, Hard Luck Stories, Thuglit, Plots With Guns and the print magazine Crimespree. I was proud to appear in the first issue of Murderland, a lovely print magazine that only published two issues. And a great early site for flash fiction was Flashing in the Gutter (where many crime writers published flash around that time, 2006-2007, RIP FITG).

Although many of my stories have appeared in print over time, it is the online community that embraced me and my stories. Some of them are still online (Plots with Guns, A Twist of Noir, Thuglit, Spinetingler, Mystical-E and Yellow Mama to name a few. And now a new bunch of zines has joined them: Beat to a Pulp, All Due Respect, Shotgun Honey, Flash Fiction Offensive, Thrillers, Killers and Chillers. I am sure I am forgetting some, but I suggest you hunt for them on Duotrope, a website that lists potential markets.

It is also easier today to put out a book through desktop publishing and new venues are on the scene like Needle, Grift, Pulp Modern and Crime Factory to name a few. You can find submission regulations for all of these online. Some of the online sites like Beat to a Pulp and Shotgun Honey have an occasional print edition too. Beat to a Pulp, in fact, is nearing empire status in its attempts to meet the demands for all sorts of pulp fiction.

This doesn’t even take into account ebooks that have allowed editors to charge a bit of money for publications such as the new Thuglit and Crime Factory. Or print/ebook editions put together to raise money for various charities (Off the Record, Protectors, Nightfall).

The business of publishing short stories has grown in most ways. It is nearly impossible now to keep track of the comings and goings of online, print, anthology, and Kindle short stories. There is always a contest, an invitation to submit, a new site, something to whet your appetite.

Andrew also asked me to talk about how to I write my stories. As I look over my list of stories, they have come to me in very different ways. Some are based on my husband’s more colorful childhood (sorry Phil), a few have been based on my son’s cases (he’s a prosecutor), others on newspaper stories, but the vast majority came over me when I was taking a walk, riding a bus, being very still. An overheard phrase, a particular outfit someone is wearing, the stickers on a car going down the street, why a house has sat empty for years, a story someone tells me.

Right now I am wondering why a middle aged couple at the theater on Saturday night found in necessary to paw each other during the intermission, or why a woman in her sixties would wear a belly bearing shirt and jeans that rode too low on her hips for good taste. See why I write dark stories.