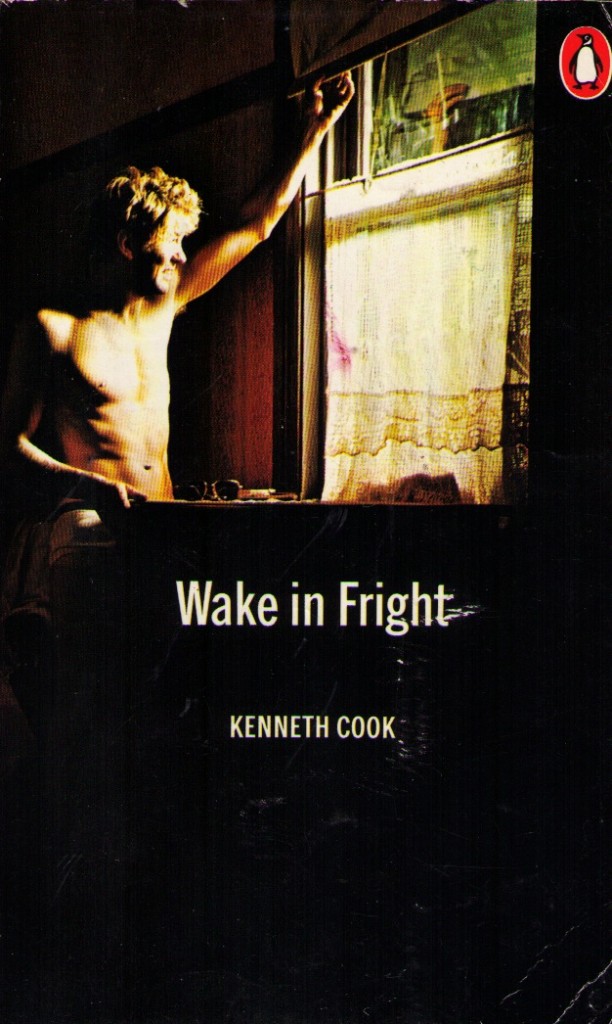 Grant has six weeks leave ahead of him and 140 pounds in his pocket. All that stands between him and six weeks in Sydney and a chance to seduce the standoffish Robyn, is an overnight train stop in Bundanyabba or ‘the Yabba’ as the locals call it.

That is until he wanders into one of the Yabba’s local pubs and loses nearly all his money in a two up game. He wakes next morning, broke and at the mercy of the locals who, as he discovers, can literally kill a stranger with their brand of kindness.

Nursing a beer bought with some of his last remain funds, Grant is trying to plot how he can escape the Yabba, when he is befriended by one of the local mine managers, a man called Haynes. Haynes has taken him home for a roast and what turns into an all night drinking session with other men from the mine.

Grant wakes up next morning in a shack owned by Doc Tydon, a drifter who has washed up in the Yabba, the only place in Australia where he can practice medicine without the fact he’s an alcoholic being held against him. Just when Grant thinks things can’t get any worse, his mates from the previous evening arrive to take him out for a spot of roo shooting. The ensuring drug and alcohol fuelled carnage, written over 40 pages, is the highlight of Wake in Fright, an incredible visceral series of images and emotions in Cook’s blunt but evocative prose.

“Three of the kangaroos were dead. One had its legs broken and looked at them with undisturbed eyes.

Joe smashed its head in with a branch he broke off a dead tree.

Grant was surprised that he did not feel particularly upset at the mass carnage. They were, after all, only kangaroos.

Joe and Dick each took a carcass, ripped open the belly, spilled out the intestines and sawed off the hindquarters, complete with the long muscular tails.

Grant had never seen anything quite so sudden. In one moment the kangaroos had been quite respectable corpses; in the next they were horrible bits of animals trailing their insides.”

Wake in Fright is a brutal and genuinely menacing story. It was also made into an excellent 1971 film, which helped re-kick start the Australian film industry in the seventies and was unavailable for decades until a copy was found in Pittsburgh shipping container labeled “For Destruction”.

Cook infused the book with his experiences working for the Australian Broadcasting Corporation in the remote Broken Hill region of New South Wales. He handles Grant’s slow descent into the nightmare landscape that is the Yabba with slow burn ferocity, heightening the tension through a series of bizarre interactions with the local residents, Tydon, Haynes and his sexually promiscuous daughter Janette, a simultaneously naïve and menacing local cop, Crawford.

Over half a century since it was published, it’s hard to think of another Australian novel like it.

Wake in Fright was recently re-released by Melbourne publisher Text and is available in print and digital formats.